Right now my connection is 300MB and DOCSIS 3.0, but they will soon have DOCSIS 3.1 Gigabit here, so it needs to support that. I, basically, want to build something that is a "home automation hub" that also serves as a router, a modem, a web-server, a media-server, and a router-level VPN. I want to host 2 websites on it that will get a very small amount of traffic. Oh, I want to give it VOIP ability where I can control that from it as well.

I'd like to do as much of it myself as possible to learn more, and to save money. I don't really want to cut costs just to make it cheap though.

I just really don't know what I should even be looking at as far as hardware. I really don't. I mean I know I need to build some sort of computer and I want to mount it in my hallway with a touch-screen flush in the wall. I, also, want to make the network totally wired, yet I still would like dual-band WiFi capability.

Let me reiterate would I'd like the hardware to do:

I want it to be like a "central control hub". To do this would I be looking at virtualization of the router and modem? Then hosting Home Assistant on it? I'd like to use Linux and I have a familiarity with it and some software development, but nothing spectacular.

What kind of chips are out there that would be good for this? It would be cool if I could get it on the smaller side, but it doesn't matter as I'm going to try to hide it some kind of way and have a touchscreen monitor flush-mounted on the wall.

There is so much that has changed since I've built something like that that I really need for you folks to offer me specific hardware ideas. Once I get a general picture of what will work best I should be able to figure the rest out from there.

Any & all thoughtful responses are very much appreciated. Thank you for your time.

Not possible with OpenWrt.

OpenWrt can't support that (cable modems do need to cryptographically authenticate themselves and their running firmware with certificates to the ISP, so that's a no-go to begin with).

Yeah, but I can just run a virtualized modem to do that right?

virtualized modem to do that right?

No. It literally needs to have an RF transmitter that transmits over the cable network. You'll need a separate modem, approved by your cable provider.

For a separate wired router, I'd suggest Raspberry Pi 4, or another ARM based device, like maybe a R4S or a RockPro something or other. Finally you'll want some access points... buy something like TP-LInk EAP or Ubiquiti and place them where you'll need signal.

Then, once you've got a modem, router, switch and access points... you've got an internal network under your control, and you can put a nice "all in one" box based on x86 to run all your websites and home assistant and such.

No, but you can use a dedicated/ external cable modem in bridge mode (as long as your ISP allows that) and a nice OpenWrt router behind that, terminating your WAN IP.

if you can bridge your ISP's modem that would be the way to go, i don't have great internet bandwidth (regional Australia) so i have fibre to the node and get 97mbps, so im running openwrt on a 3b+ for you id go a PI4

as for your software id be looking at a linux/docker setup on an x86 machine.

i use the following setup to automate my business ( campground/cabin accommodation)
each of the followiung running from their own PI
Home assistant
Free PBX
OpenWRT with my isp junk router in bridge mode.
i did have Zoneminder (security camera software ) on a pi also but it struggled so i have moved that to an old I7 notebook that had a smashed screen

all back up at scheduled times to a NAS

I have about 100 devices and sensors hanging off HA on the PI and a number of Kiosked PI displaying information from HA seems to handle it all fine.

everything works almost flawlessly except I'm having troubles with the AP's for the HA device that can't handle alot of individual clients.

Like most of my things this is all still very much WIP but zone minder integrates very well with Home assistant. video feeds, recording alerts, motion etc ( but i use ZigBee and RF motion sensors mostly)

so yeh, you can do a lot with a few PIs, cheep to replace, fairly scalable ( especially if you docker container everything) can be set to boot USB so you could use a proper SSD drive if your worried about SD card reliability and very low power consumption.. Here is a few pics of my very messy setup at the moment. 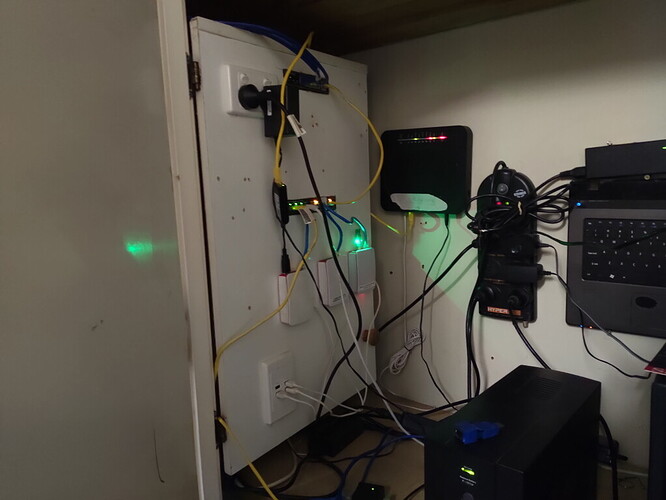 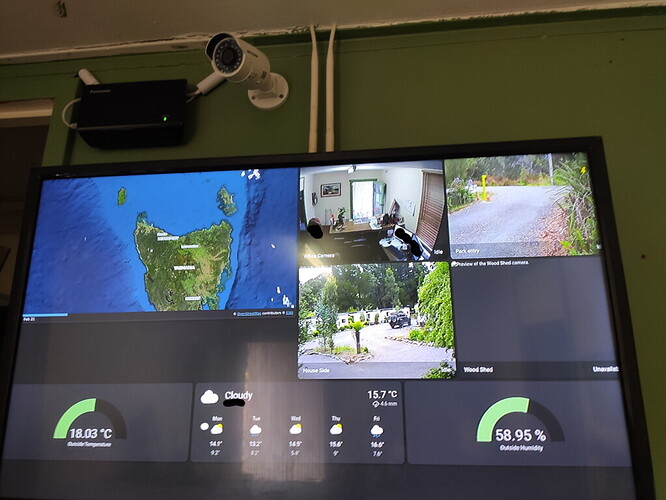 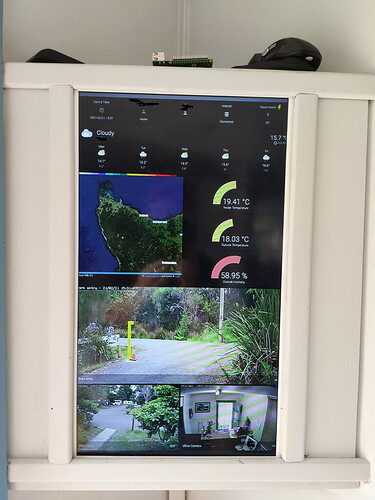