I've been reading through the forum and other web-pages which discuss openwrt compatible hardware and having a terrible time figuring out what a good choice would be. I want something that is rock solid on compatibility. No "the wifi works but not the USB port, or X-Y-Z works except Z can be kind of flaky and you have to reboot it every once in a while". i'm not sure if that's even possible given how often the idiot manufacturers tweak hardware for no good reason other than to break stuff.

and that's about it. if i could run a VPN server that would be great, but not necessary. Again, I'm after something that is known to be 100% reliable with openwrt (price is secondary).

I've had a tplink before but i had a bit of trouble getting openwrt on it. I did get it to work, and had it working, but then i broke it and was never able to get it to work again. but while open-wrt was on it, it worked very well.

The Belkin/Linksys (yes, they're the same) can do it, but the support is still in beta.
Wrt3200 too, but the wifi seems shaky, I'd only use it as wired router, coupled with an AP.

If you're considering upgrading your fiber, So you have 500Mbps-1Gbps fiber and need a router READ THIS FIRST might be worth reading.

if you're in UK, the Belkin/Linksys was/is cheap on ebuyer and amazon, the x86s can be bought used on ebay.

either go with x86 route with AP, or use a cheap mini PC with TDP starting from as low as 15W.
Or Belkin/Linksys.

Gl.iNet uses its own fork/version of OpenWrt which might not be compatible with current development.

What exactly is the "x86 route with AP" . is AP a manufacturer ?

i actually like the idea of running a mini PC of some sort. The raspberry pi approach looked good but then i get to ask the same questio about what wifi device gives good performance. also R-Pi seems to be hard to get a hold of right now.

i'll start some research on the x86 route so i can understand what that involves (is it just a mini pc with a separate wifi card ??)

AP is an Access Point -- a separate device that converts a wifi connection to Ethernet. The AP doesn't do any firewalling or routing. Those decisions are made in the main router, so the demand on the AP's CPU is lower.

Using separate APs allows you to place an AP where it makes the most effective wifi coverage, and run one Ethernet cable to it.

LOL.
ok. the context made me think you meant something else.
so the idea is that you go full "component" architecture.
buy a mini/micro x86 to do the routing and a separate AP to do the wifi instead of buying an integrated box.

Once, a long time ago, i had done precisely that with a mini-itx using a pcmcia wifi card.

yes, something on these lines. 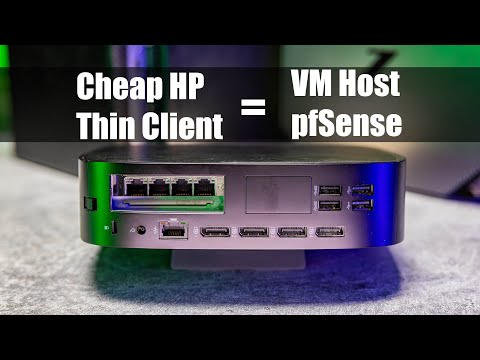 With a Pcie quad port Nic

what are its specs and what is output with

I was thinking it might be interesting to post the results of raw internal iperf3 tests which are run on whatever router you use while using yourself as the client and server. Please note what version of OpenWRt you are running. The way to do this is to ssh into your OpenWRT device and run: opkg update && opkg install iperf3 Once that is all done then run this next: iperf3 -s -D && iperf3 -c 127.0.0.1 I'll go first, with my Raspberry pi 4b hardware version 1.4 (the latest as of oct 2021) o…

I would usually recommend against running your internet facing router as a VM, as this adds a lot of complexity:

Disclaimer: I do use virtualized (kvm) OpenWrt myself, but only for testing and very, very optional network segments (providing internet access to a couple of systems that are normally walled-off without internet access, but which may still require internet for upgrading once in a blue moon). My internet facing router is running OpenWrt on the bare iron of a celeron 1037u mini-pc with two 1000BASE-T ethernet cards (and a managed switch connected on the LAN side, as well as several APs). If it breaks, I have older OpenWrt devices on cold-standby to swap out (those may not provide full performance, but they'll get me (comfortably) over the weekend, until a replacement can be bought/ shipped).

iperf3 over local loopback is a useless approach of measuring performance, but it's safe to assume that even the smallest possible coffee-lake Lenovo tiny M720q will remain sound asleep while routing 1 GBit/s wirespeed with sqm and other bells and whistles (even my 9 year old c1037u can do that without clocking up).

has anyone tried a beelink ?

It's a pc, what do you expect?

i expect it to have some sort of problem with linux, as they often do.
but beelink seems promising in that regard, i.e. it looks like it's linux friendly

For openwrt, you want the wired ethernet to work/be supported, and the device to boot Linux, that's pretty much it ,)

what are its specs 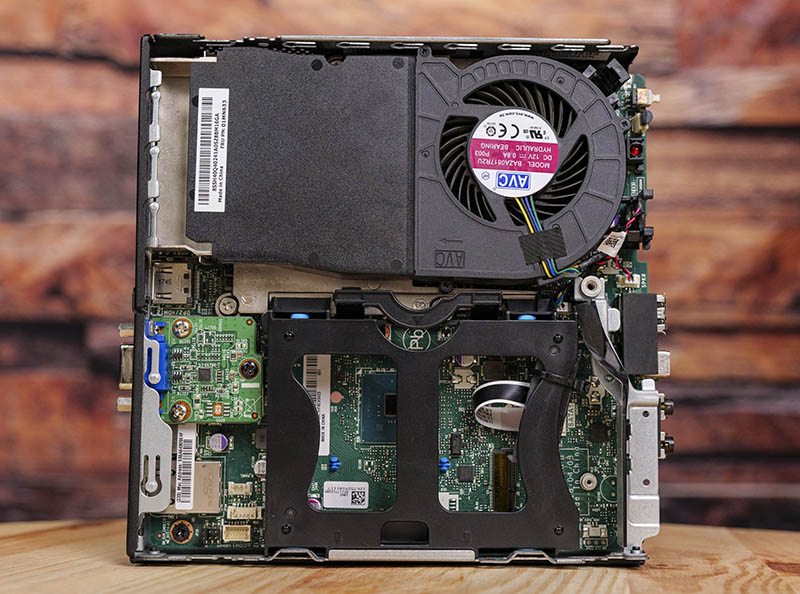 In our Lenovo ThinkCentre M720q Project TinyMiniMicro CE review, we take a look at a very low-end configuration to see dramatic cost optimizations at play

In terms of wifi I'd say arm/aarch64(arm64)/x86-64 with ath10k or mt76 (non 11ax), Totolink A8000RU is a solid choice however I'm not sure about switch functionality regarding VLANs etc and availability is still poor. IPQ401X also works well for wifi but the switch is a bit troublesome.

I have very solid experience with RockPro64 and Intel NICs but it's not for everyone. As far as I know latest version of OpenWrt runs well now on it too (I run FreeBSD on my boxes though and VLANs etc works fine). You can also go for some x86-64 based variant but that's less fun and likely more power hungry too. For now at least I'd recommend that you split ethernet and wifi, a used Linksys WRT3200ACM/WRT32X can also be a very solid choice for ethernet if you want a "router" without breaking the bank.

There are way cheaper devices on ebay, if you're OK with used equipment.

Adding a network card to an x86 thin client and plugging a wireless access point into that would make for a nice Gigabit capable hobby project well loved by your electricity provider. If you enjoy that sort of thing, by all means go for it, but your needs (200 Mbps ISP) appear far simpler than that.

I recommend narrowing your search down to a used all-in-one box that meets your needs today, and that, if you later upgrade to faster ISP service, can continue to provide good use as a combined managed switch and WiFi access point when plugged into an ARM based Gigabit capable gateway router (e.g., a NanoPi R4S 4GB) tomorrow.

You mentioned devices on two floors needing WiFi access. All-in-one WiFi access points do better broadcasting down then up in my experience. If you can locate it on your upper floor your upstairs PC will thank you and the lower floor RoKu should be also be OK. The reverse (AP on lower floor) may not work out too well for the upstairs PC.

I use 4x4 Linksys EA8500's on each floor of our home as WiFi AP's. The upper floor EA8500 easily provides >200 Mbps 802.11ac 5GHz WiFi to a downstairs PC with a 2x2 WiFi card. If I were not so picky, we could make do with the single EA8500 on the upper floor for the entire home, but I'd rather the downstairs PC get 300+ Mbps WiFi and there are things I have plugged into the downstairs EA8500 switch ports directly and the home is wired with CAT5E anyway, so why not?

In your case, I would be looking for a used 4x4 ipq806x target all-in-one. The EA8500 uses older QCA9980 radios, a somewhat slower ipq8064 CPU and can be a bit tricky to flash with OpenWrt (most likely you will have to wrestle the case open and connect it up to your PC with a $10 USB to serial dongle). But if you can find a used one cheap enough and handle flashing it, they do make great AP's. There are also several faster ipq8065 CPU based device with newer QCA9984 radios available used that would be even better and not so troublesome to flash. Either are well supported by OpenWrt.