TL;DR: How can I resolve blah.local to a machine outside the LAN?

I have a router (Buffalo WSR-1166DD) running LEDE (or openwrt 17.01.4). I am trying to use it to keep my computers more isolated from the mountains of IoT things I keep putting on my network. So the network looks like this:

The Main router has things like raspberry pi's, esp32's and my chromecast devices.

The LEDE Router has my phones and laptops connected. I want to be able to connect to the machines in the main router using the .local addresses to resolve the addresses.

From the googling and poking I've done, Just using IPTABLES to forward the mDNS stuff around is not easy (something about the packets having a TTL of 1?) but a service running on the router could repeat the mDNS requests from WAN to LAN or LAN to WAN. There is a mention of a specific piece of code that will do this (yep, 2011, very old):

Update 21-Sep-2011: Added an Installation section and updated the binaries on Bitbucket. As you may know, I have a couple of Apple devices. Apple is fond of using Multicast DNS (mDNS) for their ser…


Another thing I've found is this python code, which maybe I could run easier, because I don't have to compile python, but it has some dependencies... 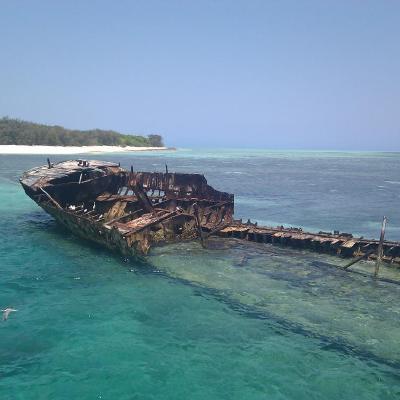 My LEDE router has a MediaTek MT7621A CPU. I've never tried to cross compile for an openwrt system.

Is there a simpler solution? There are three different mDNS packages available through LUCI (avahi, mDNS, umdns). I don't see an obvious way to make any of them repeat requests on all the interfaces.

EDIT1: Here is a configuration that supposedly works on edge routers. Are these all just commands to IPTABLES?
http://www.cron.dk/edgerouter-and-chromecast/

TL;DR: How can I resolve blah.local to a machine outside the LAN?

in the /etc/config/dhcp? That should take care of resolution, not sure if you'd be able to connect to it without additional work tho.

Avahi is a typical way to deal with mDNS proxying. An Internet search on "avahi mDNS proxy" reveals several articles on how to accomplish that goal. Routing/firewall will have to be set up to allow connectivity, as pointed out by @stangri Your network topology and security considerations will indicate how permissive you wish to make that. I'd personally recommend very tight rules related to specific hosts and ports from specific subnets.

something about the packets having a TTL of 1?

Yes, that is correct, mDNS is a link-local service

EDIT: Oops, I meant this as a response to @stangri, not Jeff.

I think you're saying that if I forcibly add the blah.local with it's actual IP address in the router, then the regular DNS server will resolve that. There are two reasons why I'd prefer a mDNS solution:

The avahi mDNS proxy pointed out some useful things. Thank you. I have avahi-daemon running on my LEDE router, and I have:

So I think that's the first part of the problem. Now I have to figure out if it's working, and how to get the firewall to allow it. I tried adding a first cut at the rule:

So I'm thinking something's wrong with avahi. on the LEDE router. I also can't resolve LEDE.local from anywhere, and I'm 90% sure that's what it should be for the LEDE router:

There are three kinds of rules you might need:

The first two are perhaps not prohibited by the "stock" OpenWRT firewall. The third is almost certainly prohibited by default. You many have to do some magic with NAT and all, depending on if Avahi is advertising the internal address, or the address of your routers outside interface.

tcpdump is the typical tool used to watch this kind of packet flow for debugging, perhaps connected over ssh to wireshark running on your "desktop" machine.

OK, I have the avahi-daemon at least working to resolve LEDE.local. I changed the parameter:

I ran my network this way for a while, and it worked for the most part. Essentially, what I had was an IoT VLAN into which all chromecast, roku and similar devices were placed. I’ll say up front that while the end result allowed clients in LAN to cast to devices in IoT, certain things like chromecast audio groups wouldn’t work reliably, and occasionally, the list of available chromecasts would come and go. Ultimately, I decided to go with what “just works”, by tossing everything back into the L…

It looks like there is a nifty iptables magic there to get the TTL=1 mangled. I'll have to go read those posts @joe_internet pointed out.

I would recommend that you reconsider your network architecture to use VLANs instead of multiple NAT layers. It seems that you have a triple-NAT configuration here. Depending on the specifics, you may or may not be improving your security, but each NAT layer adds more latency (and possibly bandwidth limitations) and adds to the complexity of the overall structure, sometimes causing certain devices or services to have various issues as well. Instead, with VLANs you can set up as many distinct networks as desired and then use firewall rules to restrict and/or allow various connections between he networks (this can be implemented from wide open rulesets all the way to very specific, limited host/service connections, whatever is needed/desired). You'll still need to consider the mDNS related details even with VLANs, but the network configuration will be cleaner and more efficient.