I'm in the process of using a RPI4 as router for my FTTH and looking for ways to replace my internet provider router. I'm adding one piece after the other.

The RPI4 is done and currently in use. It's now connected to a left over old router running OpenWRT just to prove I would be able to bring up the Dumb Access Point setup correctly and I think I managed to prove it.

Now I'm looking for a definitive hw for the AP role. Initial plans were to buy a TP-Link EAP245.
But before doing that I'd like to understand if there aren't any other future proof devices I should look at.

If I check on Amazon I see Wifi 6 Access Points cheaper than the EAP245 and I was wondering if I should consider them? 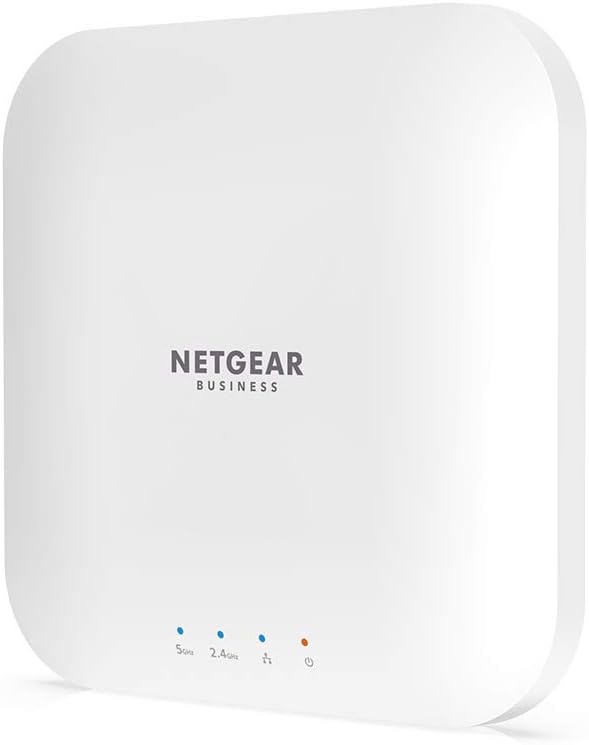 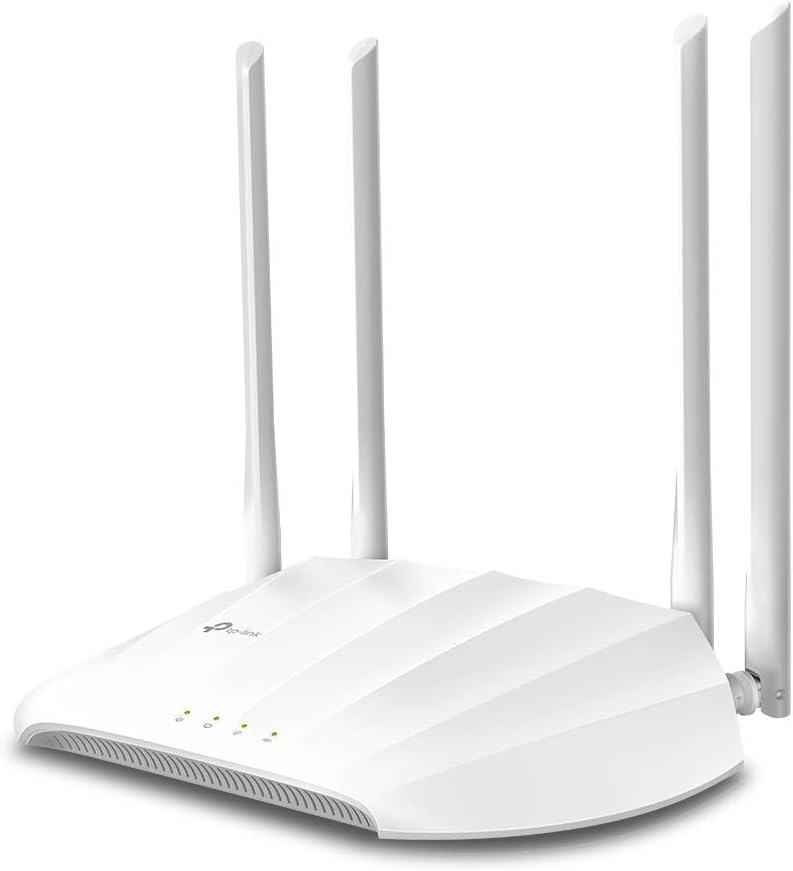 Could anyone comment on this or help me to understand what are the characteristics that make the EAP245 so often suggested?

I recommend Unifi HD. It has 4x4 mu-mimo support, IPQ8064 - QCA9994 chipset. It supports Openwrt without any problem. Not having wifi 6 is not a big loss.

+1 RT3200. Could probably also act as your router and simplify your setup

I have x3 of these in mesh/WDS setup to cover large three floor house with thick walls.

Maybe Ubiquiti LR6 would have longer range though. But that looks like a UFO. Pretty ugly compared the the RT3200.

This interests me a lot.

I was looking for a good main router with good WIFI AP, providing access to internet at 300 Mbps (via ISP router/ONT).

I have found belkin RT3200 for a good price.

If need arises and I someday upgrade to 1 Gps/600Mbps internet, I will change the router for a SOC with witch and let this AX router as an WIFI AP only.

I don't need mesh, as I have only two AP at home connected with ethernet among them, and if I need other AP in the future there is allways an ethernet wire in all rooms.

@frollic thanks for the link to the TH of AX routers supported.

The concerns with the belkin RT3200 is that it is listed as snapshot supported.

If I take that right, that means that it has a custom build of openWRT just for it.

That means that it is not upgradable in the future until somebody makes another custom build, am I right?

But I don't not if it is common that that custom build firmwares are integrated in mainstream in the future, or that is not usual (of course nobody can say for sure).

Devices with built-in (as in non external) antennas usually have less radio coverage.

Snapshot means it didn't make it in time for the most recent stable - 21.02, in this case.
You can consider snapshots betas for the next stable.

All firmwares are "custom built", except for x86 and other non build in flash memory devices,
like the Pis.

So it does not mean that it is abandoned or not supported, but under beta development.

This is a flat, not too big, the zone it need to cover is quite small, just three rooms one next to the others, about 2,4 m wide.
The fartest one is tow brick wall apart, that may be the major problem

I don't expect top notch wifi coverage either, as WIFI channles are crowded here at 2,54 and 5 GHz.
Godd coverage will do (for smarphones, tablets and iot devices, main computers can connect via ethernet).

I have found a goot offer for the RT3200, about 110€ that seems reasonable (it is a returned device).

So it does not mean that it is abandoned or not supported.

it means it on it's way of becoming "fully supported", once out of beta/snapshot.

May be in this case, that it is quite new and not fully integrated yet in mean stream

oh it's in the main stream, but wasn't in time for the most recent stable fork.

5GHz and brick walls aren't a good combo, you'll probably notice the 2.4 signal's better there,
than the 5

Those hard to reach spots can be fixed by using power lan adapters, there's a couple of those supported by OpenWRT.

Will read about this device here in the forum, to see if it is working well even in beta.

There is no so many alternatives for good wifi, and good processor and enough memory to get a good performance and be available.

Even with only AC coverage, there are only few ones with processor power that you can find available.

Linksys WRT3200AC being one of them, but quite expensive, and it seems the wifi is a disaster.
Or linksys MR8300 but I have been aware about linsys not giving good results in wifi.

I would say the WiFi coverage of the RT3200 is medium. I have x3 with one as main router and the other two connected to the main router as WDS clients. I have 802.11r enabled, so get fast transition. So all three are wirelessly connected and this gives me coverage throughout a large three floor house with very thick walls and most of the surrounding garden. Has been rock solid for me on the snapshots. I did see a problem with mesh not working for a while (fixed now I believe), so I switched to WDS. I haven't bothered switching back to mesh since WDS works fine. Bandwidth between clients is circa 200 to 400Mbit/s over the wireless connections between the devices.

For better WiFi coverage I imagine the Ubuiti LR6 would be a better choice. But they look like UFOs: 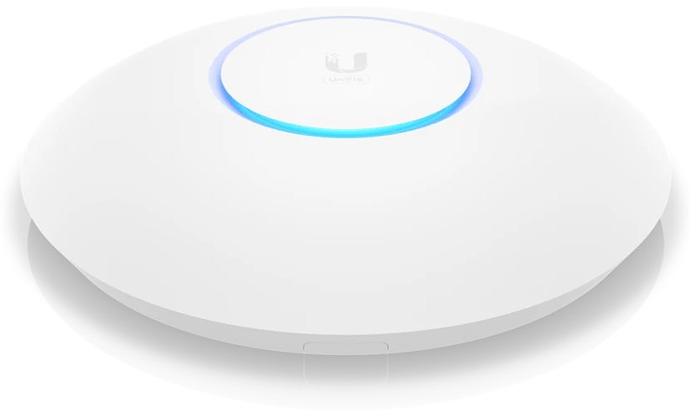 Those devices are thought to be ut in the ceiling whith false ceiling places.

Well it seems that the belkin won't be a bad solution.

Even if the coverage of the router were top notch and with no problem with brick walls, here the wifi is crowded and there is no 2,4 or 5 GHz contiguous channels with lo interference to get enough channels for a real fast wifi.

I suppose a wifi6 device, being the last technology in wifi, will do the best effort to take the most out of available channels, and would last longer than an older router as an AP when I finally substitute the main router for a RPi and switch when 600 Mbps or 1 GBps arrives to my home.

I think I will give the belkin a try, as it is in a good price, and have one available now.
If it does not improve my current install, I allways can send it back to amazon.

I also wondered about the RPi4 myself, but ended up settling for the RT3200 - it is plenty fast and can apparently handle 1Gbit SQM (with normal packet sizes). Nice just to have one device rather than all the separate parts necessary to make the RPi4 work as a router.

Its WiFi coverage is comparable to the Asus AX86u and better than the BT Business Home Hub 6, if you are familiar with either of those.

Personally I quite liked the TP Link RE200's, but OpenWrt is broken on those right now - 5Ghz doesn't work. At least with the RT3200 is radios are totally stable - it all just works.

The only issue for you might be the WiFi signal is not strong enough. Like I think the LR6 would give a better range / wall penetration. But that's not from any actual testing - just speculation. Please do report your findings.

I've bought the RT3200 and I've found the wifi not entirely stable. I've had to reset the unit in a couple of occasions already.

I'm hoping it will be stable enough to keep it, but it's not been "fire and forget" so far.
The feeling is that the Wifi6 network/drivers are more reliable than the 2.4 that has lost connectivity that couple of times.

I am exactly in the same case.
RPi atracts me as being modular and more easily expandable and upgradable in the future.

But for having it on my desk it needs too many gadgets, and I would have to change a great part of my current install.

When you have a rack at the entry of the home it seems the best solution, and is the path I will get for a future house we are projecting.

But if RT3200 gives a good resulta, you say that you get 400 Mbps even using several and wifi connections among them, it will cover my needs and in the future if I need 1 Gb and it does not match the requirements, I can use it as the AP only device that you will allways need with a SOC solution.

I will give it a try. I have ordered it, will see if it works.
If it does not work as expected I will return it (will have to reflash back the firmware to the original one).

I will, if I can get it working.

Hi @Lynx! Would you be able to test download speeds using the OpenVPN client (with AES-256-GCM encryption) and/or Wireguard on this router?

Was considering replacing my Asus RT-AC86U (which has AES hardware acceleration for great OpenVPN speeds) with a Raspberry Pi 4 or Intel X86 router so I can use OpenWRT. But then I'd need a separate dumb access point.

If the Linksys E8450 (aka. Belkin RT3200) has good speeds while connected to VPN it may simplify my setup considerably

If you need a VPN server to test with, ProtonVPN has a free option which offers both Wireguard and OpenVPN.

I picked up a TP-Link RE-603X* at the suggestion of someone here (wish I could remember their username!) for use as a dumb AP. Broadcom chipset so a no-go for OpenWRT but the stock firmware is very straightforward and it's just a few clicks to put it into access point mode. Plugs right into a power outlet and has a single gigabit port to connect to your wired LAN. Almost as clean as an Omada wall access point without the POE requirement. Range and throughput with its two large external antennae are - anecdotally - far better than I experienced with an RT3200 with stock firmware. It's possible that the Belkin performs better with OpenWRT as the stock firmware is shockingly terrible.

I got my RE603x for $60 on sale which is a bit cheaper than the Belkin as well, though obviously it's going to be less flexible being more of a purpose-built appliance. Just some food for thought.

I would gladly, but I only have an LTE connection that tops out at 70Mbit/s. My 3x RT3200 with OpenWrt replaced my RT-AX86u by the way.

Maybe try asking in this thread: