Hi,
I bought a used Linksys wrt1900acs, and since I am curious I started by disassembling it, I noticed that on the PCB there is electrical tape covering some contacts, is this from factory? As it is a pre-owned device, I don't know if the previous guy put it there. Why is it there, and what is it covering? I have attached a picture. 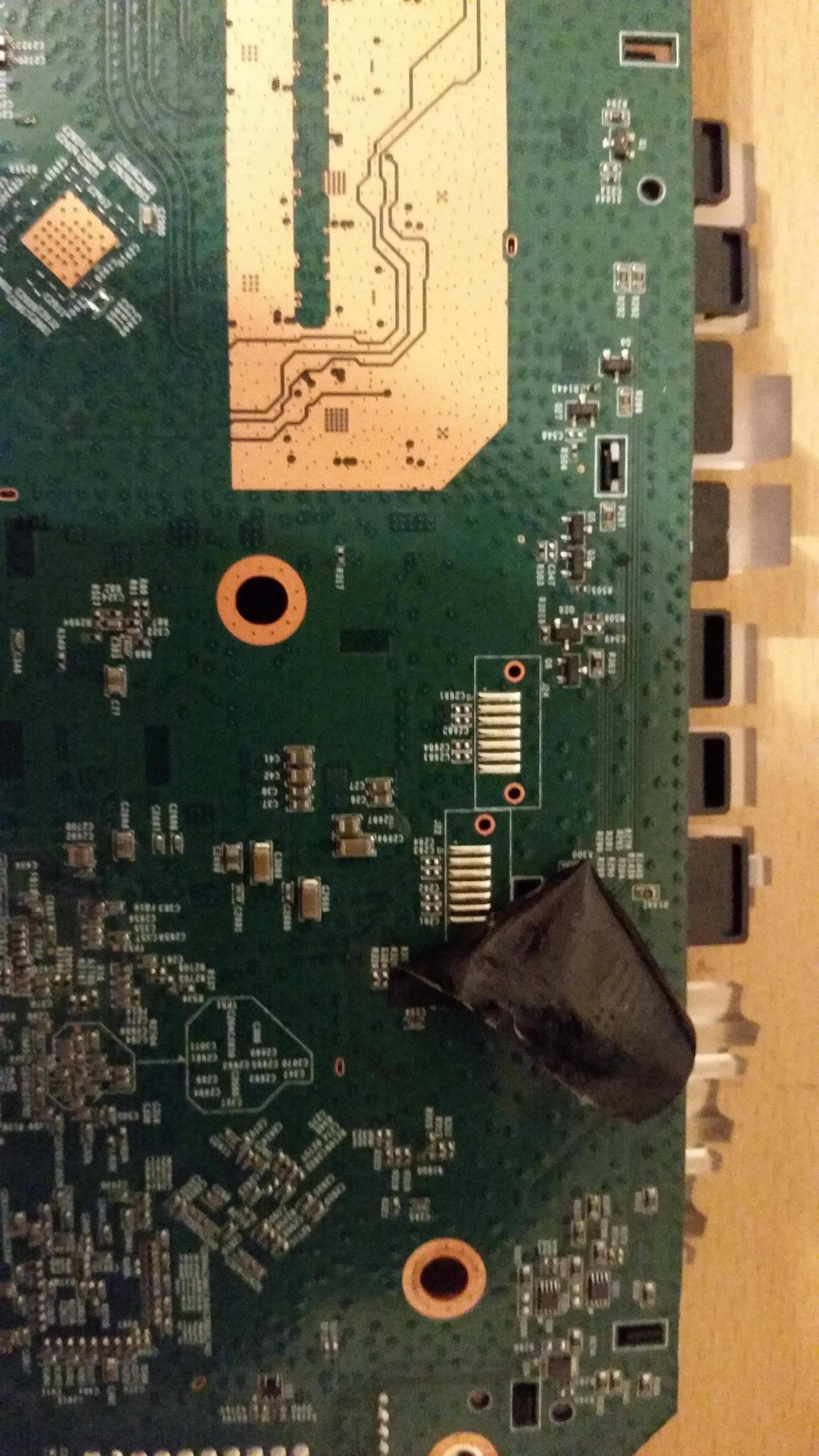 Definitely NOT from factory.

Do you also have a wrt1900acs V2? or just find it weird that the tape is there?

I have owned most of the WRT series and none had any insulating tape on the PCB. Moreso, it doesn't look like something that was put there by the factory.

For what I can tell by looking at pics of boards online, those solder "lines" are there on all boards. I just don't know why in mine someone decided to cover them, but they seem normal. Not sure what they are though.

Not sure what they are though.

Places to solder electrical connectors on.

Gut tells me you may have a refurb there

Just a wild guess, but it looks like it right by the leds, so whoever owned it before may have been using the tape to cover the leds on top of the board and there might have been a small amount of light still showing through those holes (orange circles) on the bottom of the board, so they put some tape there too and when they sold it they took the tape off the leds on top, but forgot about the tape covering the holes on the bottom.

I've got a WRT1900ACSv2 that has tape on those connectors too. No idea why they put it there since there's nothing that could short out on it. Might just be later years as I bought mine two years ago in 2017?