i did - it is currently not listed - assuming because it appears to be a relatively new model. So - the dilemma - do i buy an older router that is currently supported and may become obsolete within 2-3 years - or buy a newer router that is not currently supported but may be a some point down the line but has newer technology (wireless AD) that mostly likely will still be relevant beyond 2-3 years ... because of where i live - buying online and having something shipped is not an option - so if i am going to fork over some cash - want it to last awhile.

The r9000 has been on the market for around 3 years by now, while I might be proven wrong, it's imho very unlikely that it will be supported by OpenWrt in the future either (please search this forum for prior threads about this device, but in short, while its Annapurna Labs Alpine AL-514 is very powerful - it hasn't shown up in many devices, and the device in question is priced quite a bit towards the upper end. Mainline linux support for AL-514 is basically non-existent and ceased even more after Annapurna Labs was acquired by Amazon. I wouldn't expect it to 'ever' be supported by OpenWrt).

802.11ad might have been a nice marketing bullet point, but its practical use (and deployment, there are hardly any client devices supporting it at all) are very limited. 60 GHz is almost light-like, it only works in direct line of sight and even a single sheet of paper is enough to prevent connections in the first place.

802.11ax is a much more important (new) standard with practical uses (and a significant speed-up), accordingly it is already entering the notebook space (Intel ax200) and the q4/2019, q1/2020 batch of mid- to high-end smartphones. Contrary to the AL-514, these modern (QCA-) 802.11ax supporting SOCs have a reasonable chance of getting OpenWrt in the future (not tomorrow, not next week, but chances aren't too bad in the medium future).

Great info - thanks! Fortunately - i have a little time to continue research before having to make a decision.

So - the Linksys WRT 3200ACM is on the ToH list. From feedback on this thread - wireless maybe an issue - if i run CAT6 in the new house and put all of my roku devices on the wire - the wireless issues won't as big an issue ... as it was also mentioned - "no silver bullet here". Here's a thought going with a combination of the NetGear Nighthawk X10 as my primary router and the WRT 3200ACM as the VPN router.

Something to consider. What i like about the Netgear X10 - is the coverage range ... claims up to 2500sq ft coverage.

<xxx-small>
† Under ideal conditions in open field conditions within a Faraday cage, with this special piece of test equipment as the client, with ...
</xxx-small>

Physics is physics, information theory is information theory, 802.11 is 802.11. Since the ERP is limited by law, the coding and modulation by 802.11 specs, and the minimum operating SNR by the combination, you're talking marketing claims. You can do worse than your competitors, but you can't do noticeably better than your strongest competitors.

Keep in mind, your requirements (WAN speed := 6 MBit/s) are very modest, even the Netgear X4s/ r7800 (or alternatively the ZyXEL Armor Z2/ NBG6817) would be complete overkill, but contrary to your other examples they're fully supported by OpenWrt, right now and for many years to come.

Pretty good review of the ZyXEL .... 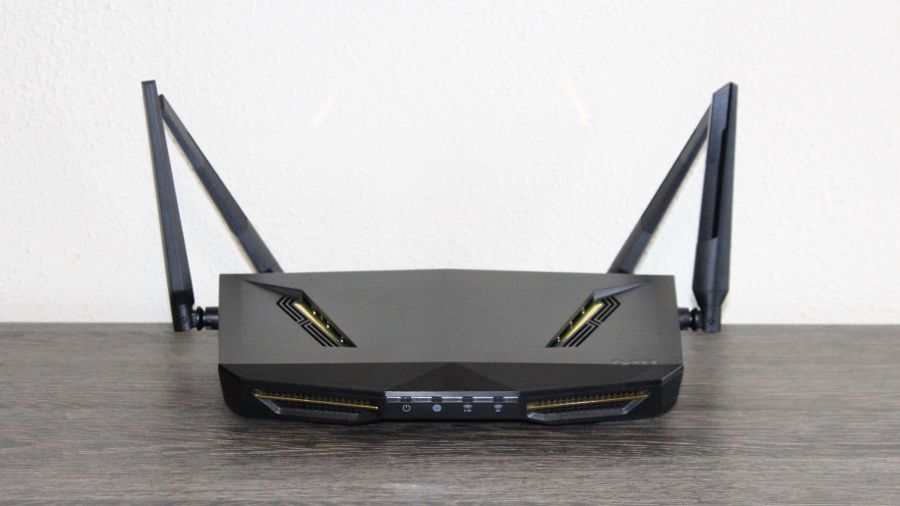 Been looking at a few that have caught my eye - Trendnet TEW-827DRU for one but keep coming back to the Zyxel Z2 - seems pretty solid. Maybe going with two Zyxel Z2's - one as the primary and the other as the VPN router- feels like a solid setup without breaking the bank.

I've been using a WRT3200 ACM for around a month and a half now and I'm completely satisfied. The unit has good output power (up to 1W) and I get good coverage in and around my rather large 3-story home. I'm also streaming to a Roku with mine and that is working well. In my limited experience, I'd say that the WRT3200 is a good choice if you need the extra power and ample RAM and don't mind spending a little more money than some alternatives.

Interesting ... the WRT3200 ACM - looks like a good option ... but the reported WIFI issues with the Marvel chip mentioned in this thread and other places makes me a little hesitant. Of course - i'm finding that no matter which router you look at - there are going to be negative reviews etc. The Netgear 4XS R7800 looks like a solid option as well. Tough decision - especially since i won't have the option to return it if i get a defective unit or it doesn't pan out the way i expect.

Those new mvebu speed tests look amazing. I'd get the WRT3200ACM.

If it causes problems with WiFi, you could always connect a USB WiFi device and use that. It's unlikely to come to that point though.

The wifi in this router has some issues, but they are very specific to some functionality. If you do not need that functionality, is a rock solid router, even the wifi.

i use the wrt 3200 acm just as server, nat and only 5 ghz radio wds access point. i have alot devices and this one is the best on 5 ghz radio in terms of stability, the coverage also is not bad.

Again appreciate the feedback! So i'm in the process of building a new home - it will be just under 2500sq ft - two story. In terms of usage - we stream all of our television over the Internet (6Mbs download) - we have mulitple Roku devices but typically only one in usage at any given time. My wife and i each have laptops - the main source of communication with family/friends back in the states is via Facebook/Instagram/What'sApp. I also run a Plex Media server - off a separate laptop. In order to watch USA - sourced television - Sling, HBO, etc - that is where the VPN comes - spoofing our location. So i have two WIFI networks - the VPN network and the WIFI off the primary router - which we often use for the laptops - only issue with the primary network - is often times - internet searches or browsing will direct you to a Spanish version of the website - ESPN is a prime example - its really a DNS issue but haven't had a chance to sort it out. Right now - everything is running off of WIFI - with the new house build - planing on running CAT6 from each Roku location to the VPN router. So my main criteria at this point (outside of compatibility with OpenWrt) is speed, stability and coverage. With as stated in this thread our modest requirements - don't need the latest and greatest but definitely the best value/performance for the $$$. With that said the WRT3200 ACM - does look like a sweet router. Curious as to what specific functionality is at issue with the WiFi on this router?

Found this - a couple years old but the best or at least feels like the most honest review i've seen so far ... 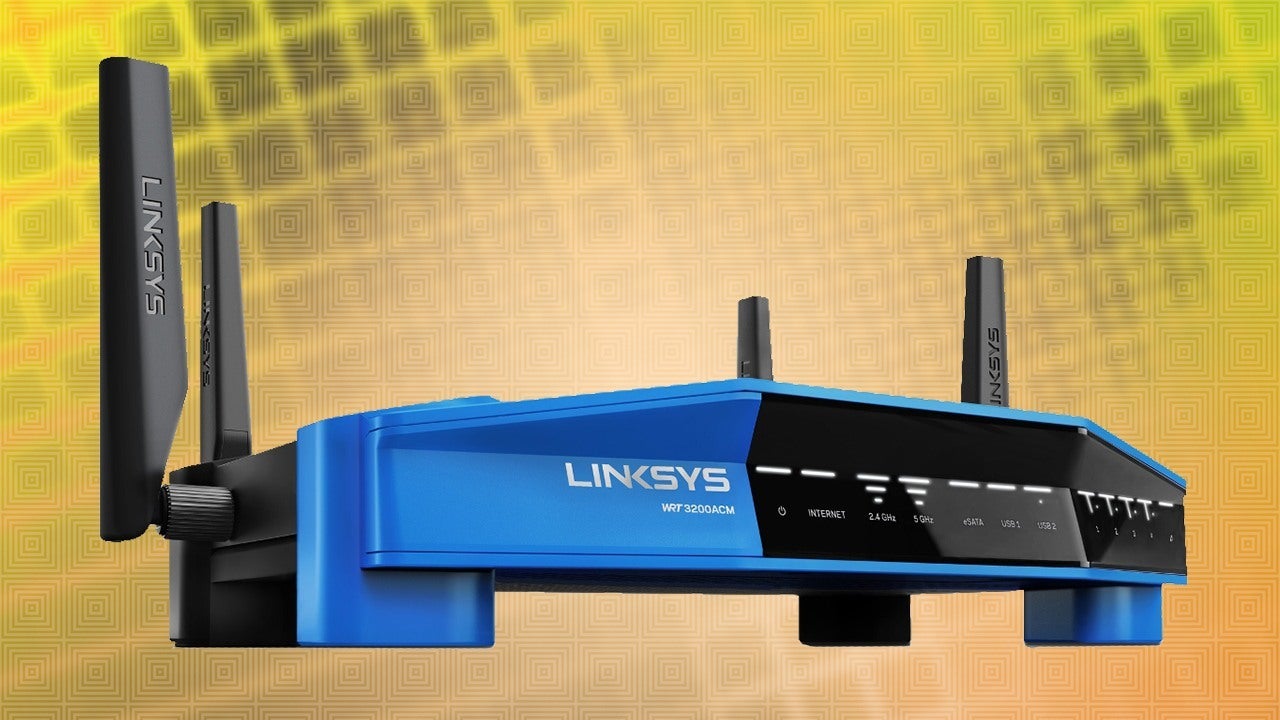 If you're into modding routers the WRT3200ACM is a compelling package, offering strong 5GHz performance and polished software.

So - if the WiFi issue is the slow speed on the 2.4GHz band - may not be too much of an issue for me - the Roku's will be connected via ethernet and the laptops can connect via 5GHz - which looks pretty impressive. Interesting though - the Netgear R7800 - topped it in every performance test except file transfer. 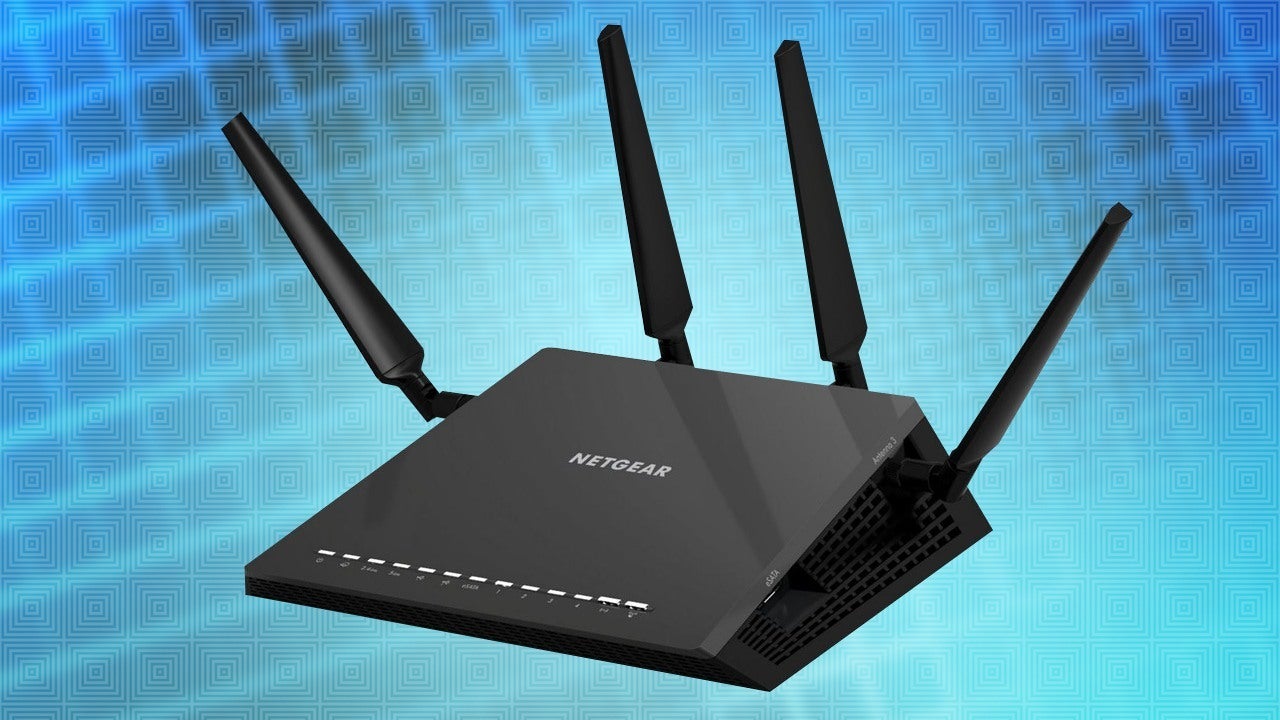 Netgear's Nighthawk X4S is about as good as it gets in the high-end AC router universe, and is let down only by its AOL-looking software and sluggish performance for legacy devices.

These two seem so close - may come down to flipping a coin! LOL

Be very careful getting the 3200acm if you want to use WiFi. I have one and only keep it around as a spare at this point! When it worked it was fine, but I ended up buying a different router due to the WiFi bug that'll never be fixed.

The other thing I noticed is my ping seems to be lower on wifi now! I haven't done rigorous measurements, this is just from casual observations of the displayed ping time in game.

After my experience with the 3200 I strongly urge you to go with the other one.

Thanks dana44 - the $200 question is what you experienced with the WRT3200ACM - the exception or the rule? I am finding that if you look at the negative reviews for any router - you will find someone experiencing a similar type problem. I'm not discounting what you've experienced with it - it just makes it that much more difficult to make an educated decision.

The WIFI - Marvel bug seems to keep coming up - so decided to google it - what i have found so far appears to include a security vulnerability, issues with Microsoft Surface Pro Marvel driver with disconnects. The Marvel Avastar 88W8897 chip comes up a lot. The WRT3200 ACM uses the Marvel Armada 395 chip according to RouterChart.com ... Searching for bugs specific to the Marvel Armada 395 chip - not finding anything yet.

What would be interesting is to see test results of both running the OpenWRT firmware versus the stock NetGear/Linksys firmware. Wondering if some issues would go away and whether performance would be greatly enhanced. One of the reviews on the R7800 gave negative marks on the NetGear management software.