I’m new to using custom firmware with a router. My EA8300 is a decent router, but it doesn’t play well with the Windows interface... none of my Linksys routers ever did... there was always something missing or not working correctly. The newest builds of Windows 10 definitely don’t like the Linksys router. I tried a netgear router and it plays very well with Windows with everything works as it should. My question is if I was to install custom firmware with the EA8300 if it would fix the problems I’ve experienced with the Windows interface. For example, the network page where all connected network devices show up, the netgear router is listed as a gateway and has appropriate menu options. The EA 8300 shows up, but it does nothing and the right click is broken with an “properties not available” error. So would custom firmware fix this issue?

In general, the vendor should know their own hardware best - so if you are experiencing problems with the vendor firmware, the hardware would be the first suspect.

In this case, where is may 'merely' be a software issue, it's possible that OpenWrt can improve the situation, but you'll have to test it yourself - no one can answer that for you.

Exactly what does that even mean? "Windows interface" would refer to your desktop and why would any router integrate to that?

Not a problem. I have plenty of screenshots of the problem. The first screenshot is of the Linksys router before the latest Windows 10 updates, after the latest Windows 10 updates and with a Netgear router. As you can see, the Netgear has all of its right click menus and is fully functional showing up as a network gateway. Linksys routers have never really worked correctly... Windows 7 and above. Recently, they were better, but now it's broken again. But... that Icon for the Netgear router... it's not a Windows 10 icon. Somehow it's imbedded inside the routers firmware. It's from a third party, an Icon set for Windows Vista.

fwiw, regarding your Windows Explorer error message, is 'SMB 1.0/CFS client' enabled in 'Windows Features' on your Windows 10 computer? 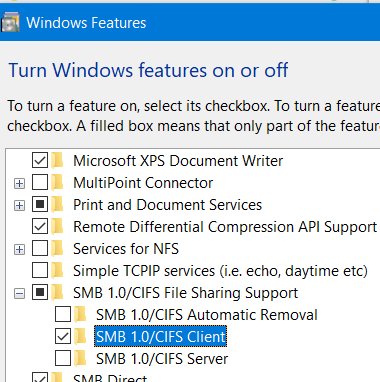 You're referring to UPnP functionality, your issue is related to miniupnpd which is available in the packages tree.

I’ve done some research and Linksys routers firmware are not “up to date” with any versions of Windows after Windows 2000. Doesn’t mean they don’t work, they just don't fully integrate with newer Windows builds... so missing Icons, broken right click menus and the like will be common. It’s possible that a custom firmware will make it more compatible, but I’m not sure if it would. Really depends on whoever wrote the code for the firmware. Basically that’s the real issue... the Linksys firmware is meant for a bygone time; at least concerning Windows. Linksys even says their software isn’t meant to be used on anything newer than Windows 7 and it didn’t work well with 7 either.

They work perfectly fine, whatever you're reading it's incorrect.

I gave it a try... it didn't work. The latest Windows 10 updates defenately did something to the right click router menu... it's gone even with Windows 10 insiders builds. I even tried using OpenWrt on the router... it installed correctly but nothing showed for the router in the Network File Explorer. It's possible it could be a simple configuration error, but defenately no router was listed anywhere, device manager showed nothing.

I wouldn't worry too much, the most important thing is being able to open the router interface in a browser window anyway, whether you're using Linksys or OpenWRT.

True, I just like everything to work correctly. My first router owned was a netgear, then I had a couple of linksys models. I even had a Sagemcom for awhile. Netgear and Sagemcom works well with Windows. No problems actually. I retired my Linksys EA 8300 for a Netgear RAX35v2. My wife saw me messing around with the Linksys and she said stop and don’t hook it back up. I said why? She said the web pages are loading up immediately now, I’m able to get everything done in 5 minutes vs 30. So the Netgear wins. It’s not perfect, I really don’t like having Bitdefender antivirus built into the router and having to pay to use it. Others have built in antivirus also, most have free lifetime usage for the user.