Hi I am new to Lede.

I have installed OpenWRT on my Linksys e300 but since doing this, my WiFi antennas are not appearing.

How can I get them to appear?

I cannot figure it out.

Here is what I see under my network interfaces. 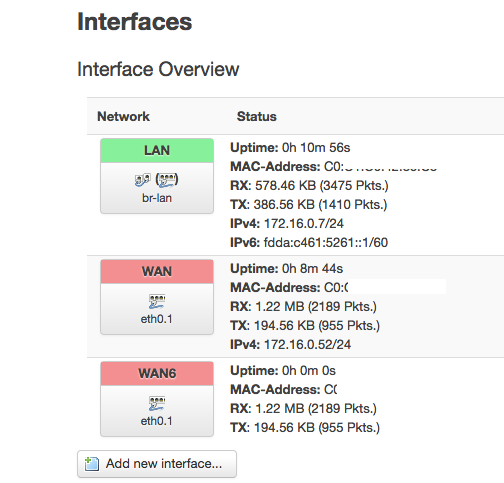 The radios are bridged with the wired ethernet ports under LAN (that's why you see br-lan under the LAN interface). 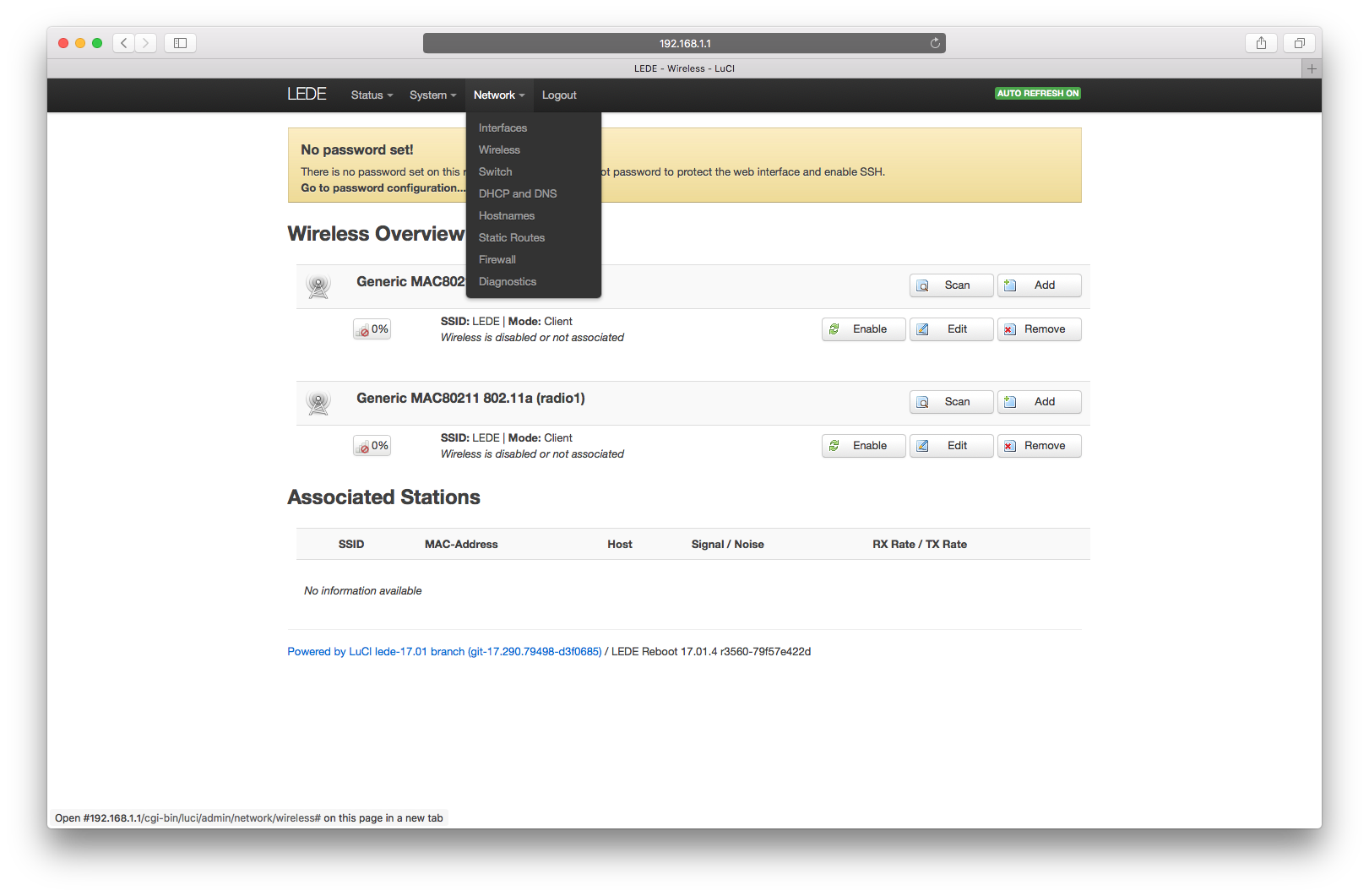 Meanwhile, last time I used an E3000 with LEDE 17.01.x, the radios were only running at 802.11g (54Mbps) which is painfully slow. There are updated drivers you can install via the package manager, but I don't recall what driver is recommended to get to N speeds. I had, at one point, installed one of the drivers and bricked my unit (had to do the pin-short hardware reset as a totally last resort because nothing else would bring it back and it was otherwise headed to the e-waste bin).

This is a Broadcom based router from 2010. The best third party support for this device would be DD-WRT (possibly TomatoUSB). Stick to that and save yourself a lot of trouble.

As much as I like to welcome new users, sometimes the best advice is “not” to use OpenWRT on those old (Broadcom) devices.

Thanks for the feedback.

I do not see wireless even listed as an option.

It’s a shot in the dark but would possibly flashing to an older firmware revision make a difference? 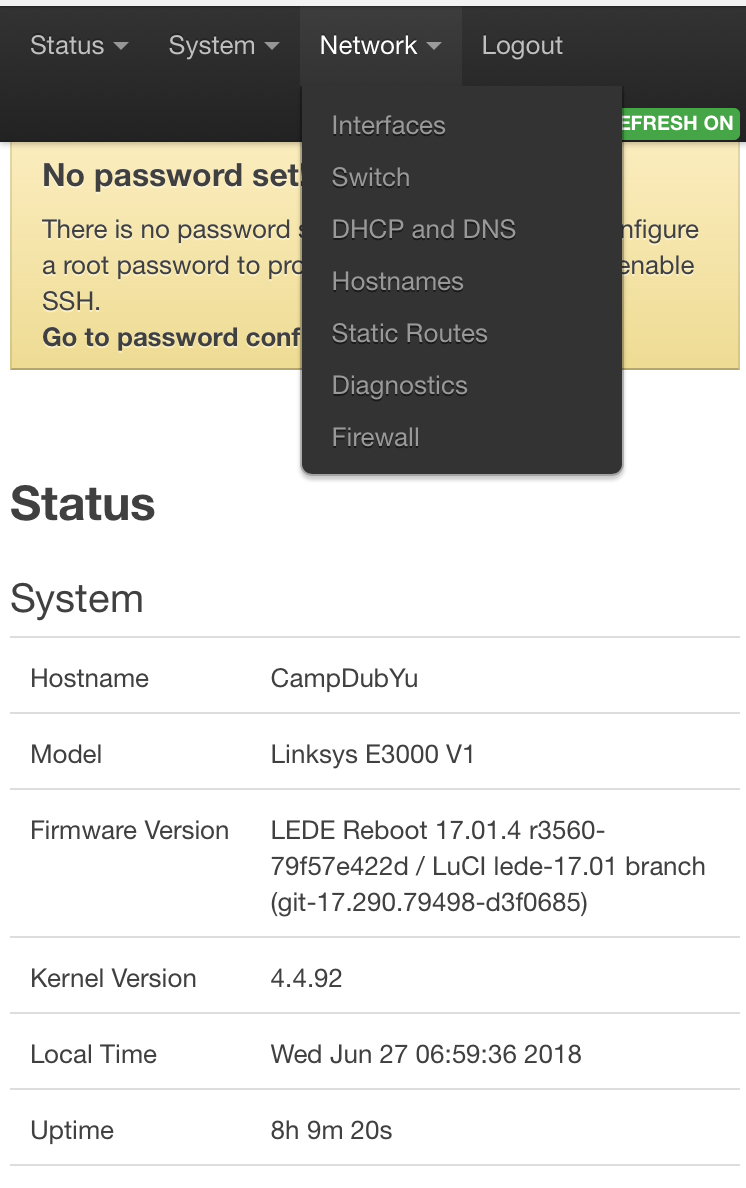 No need for an older version. The basic Broadcom driver can be added manually if your really want to give it a try. It’s like @psherman said, you will have very likely 802.11g speeds and maybe if you are lucky unstable 802.11n speeds.

DD-WRT has a deal with Broadcom so they can include the closed source drivers which gives them much better performance. Downside of that is, they are still on kernel 3.18 if I’m not mistaken which has no longer Linux support and/or security updates.

The E3000 is build 2010. Unfortunately these devices have a shorter economical life compared to they actually stop working. So depending what you want, you have to use older firmware or decide it’s time to put the little device to rest.

Thanks. I have other newer APsbut this one is going in our camping trailer for rainy indoor days and miniDLNA

Anyway I flashed the router back to v15.05.1 and instantly WiFi started to work as well as the WiFi menu now appears.