IPv6 PD with two routers behind the cable modem

On the Kable Modem you see the DHCv6 section with the /64 prefix and below the assigned IP addresses.
The screenshot is from the internet, it is not my system.
Please note: On my screen, I can see both OpenWrt routers with IPv4 "assigned"
But I can see only one OpenWrt router with IPv6 "assigned" 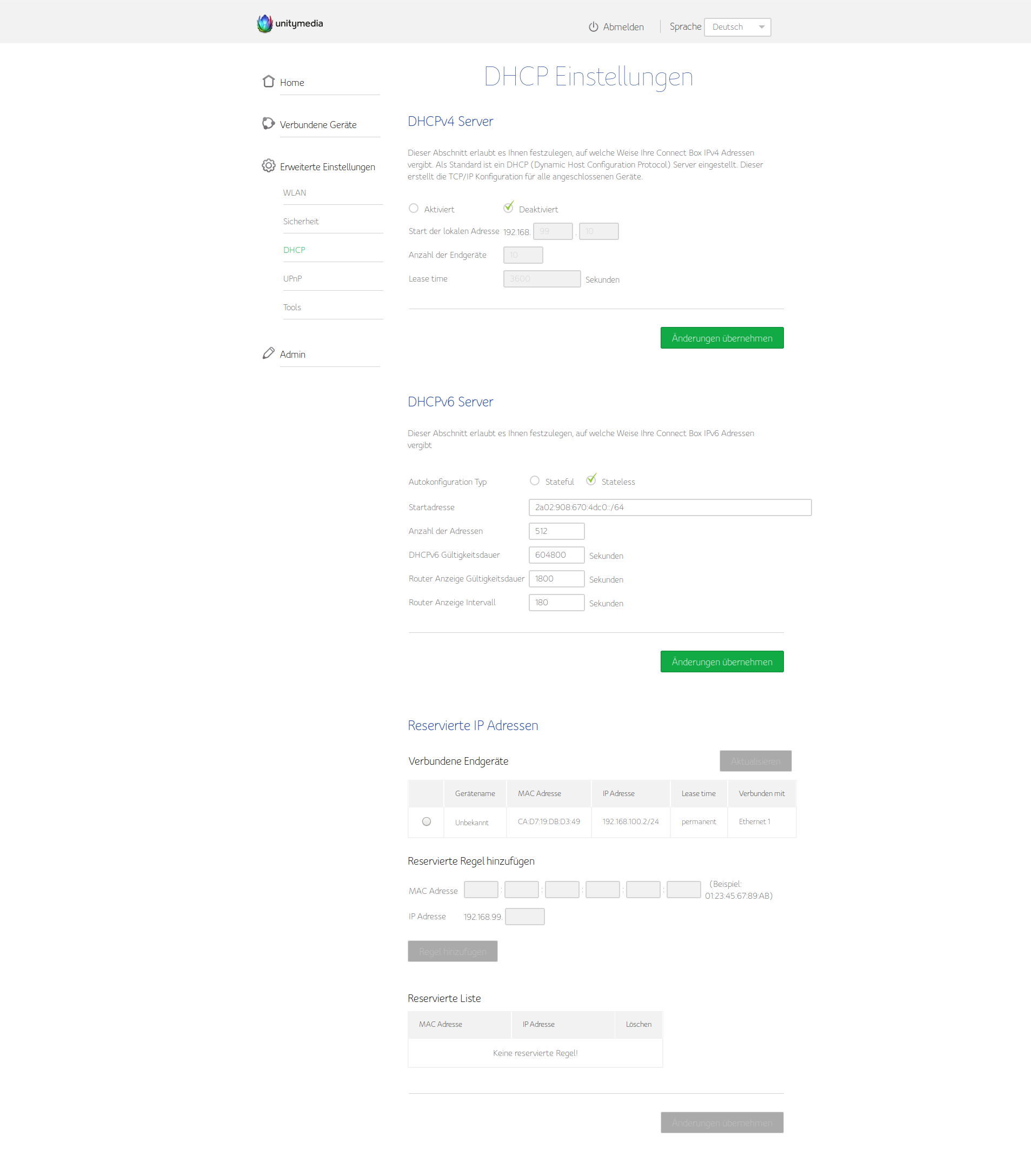 This is similar on OpenWrt in the Overview screen.
On the one router I can see the prefix delegation and the IPv6 address.
On the other one I can also (!) see an IPv6 address (Gateway etc is ok) but no PD.

Accordingly, the devices connected to the second router do not get a global IPv6.

For understanding the PD: Is it that the /64 prefix can be delegated to one client (Router) only?
So, in case of two routers: Shouldn't there be an option on the cable modem (router) to assign to different prefixes to the two routers to make this setup work?

If you've got more than a /64 PD assigned to you, then you can associate a /64 (or more, as needed) to different networks within your control. This can be on different interfaces ("real" or VLANs), in which case link-local routes are generally set up "automatically", or "behind" other routers, in which case static routes would need to be configured on the "front" router to indicate that the "back" router knows how to route the traffic.

You can't blindly "share" a net block, IPv6 or IPv4, across multiple interfaces as the routing table typically doesn't know which of the two or more interfaces the client is attached to, even with neighbor discovery. Routing of some sort is required. One can split a /64 into smaller segments (/65, /66, ...), but this is not recommended practice. Unfortunately, many ISPs don't adhere to the recommended practice of delegating more than a /64 to subscribers, so the end user is is caught "between a rock and a hard place" in trying to follow the recommended practice.

One could configure the front router to offer prefix delegation to clients "behind" it out of whatever prefix the front router had been delegated. This is not, as far as I know, a "turnkey" configuration for OpenWrt.

Yes, and the reason is that stateless address autoconfiguration (SLAAC) requires /64. Many devices requires SLAAC, such as Android, which means with a smaller segment you won't be able to use Android.

Here's at least one person with your isp who says a /56 is possible https://forum.netgate.com/topic/74062/pfsense-behind-a-neutered-router-and-dslite

Thank you for you replies.
At some point, the effort to achieve something is too high to "only" get IPv6 running. Once, WAN6 is disabled, on all devices all problems vanished into thin air. (Yes it is against all of the recommendations, also mentioned in other threads)

As of September 2018 I would recommend to do this for all Unitymedia Customers using the white connect box delivered by Unitymedia (KabelBW).
There is too much unstable or unpredictable behavior and issues with IPv6 and the effort to get it up and running rock solid for all scenarios seems to be endless. Maybe and hopefully this will change some day. (very poetic)

It is only WAN6 disabled - upstream. Internally, on LAN, ULA addresses are there, everything is working fine.

This does not look like a common use case.
Do you really need 2 routers?
Why don't you set up one of them to act as a switch?

Once, WAN6 is disabled, on all devices all problems vanished into thin air.

I would recommend to do this for all Unitymedia Customers

Are you able to make your openwrt router get a /60 or /56 prefix? If so, problem solved, plug your second router into the openwrt router and allow openwrt to subdivide the prefix.

To me the recommendation to turn off IPv6 is a little like getting a cell phone and you can't make calls on it because your provider is broken but since you can text you're just going to resort to only ever sending text messages and ignore that you can never make a phone call.