Any ideas where to start ?

Its one of these :- https://www.paloaltonetworks.com/products/secure-the-network/next-generation-firewall/pa-200

some pics of inside :- 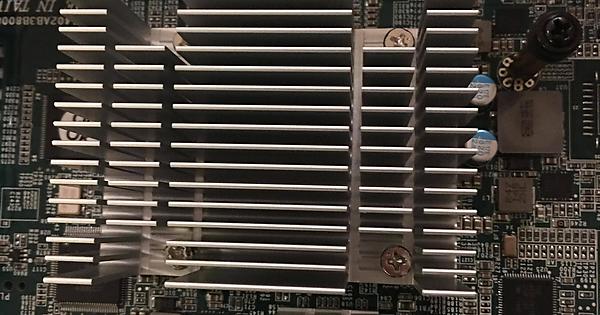 [quote="droomurray, post:1, topic:415"]
Palo Alto PA-200
[/quote]Hm, there is a consistent lack of hardware specs on the manufacturer's site.

There is a sticker on the board stating BIOS version, and also RAM on DIMM modules. Also the heatsing is pretty large. I suspect this is a x86 system.

Point is, you need to get serial connection to the board to investigate and run tests.

From the images on the side you can see contacts called "PLD JTAG", and it seems to be this one here http://www.jtagtest.com/pinouts/pld-jtag

See if you can find other contacts around the board (also underside) that state something about serial connection or whatever unusual.

Did you try connecting to the "RJ-45 console port"? Does it show boot sequence?

Nothing tried yet, but you have pointed out all my next steps

Interesting. I see "udev" in these booting screens, so I think it's not running Unix.
I also see the name of the firmware, "PanOS".
Googling to the page here https://www.paloaltonetworks.com/documentation/71/pan-os
it seems they have a OSS Listing where they list the opensource stuff they used.
https://www.paloaltonetworks.com/documentation/oss-listings/oss-listings/pan-os-oss-listings/pan-os-7-1-open-source-software-oss-listing
And yes it seems like a linux system (unless they managed to run a ton if linux-specific utilities like iptables and mdadm and sysfsutils and selinux on BSD kernels somehow), so you can probably go and ask kernel sources for the least.

Because these jokers aren't listing the Linux kernel in the OSS list. Is that even legal?

Maybe it will be possible to make this work

would make a great linux router !

Processor seems to be one of these :- http://www.cavium.com/OCTEON-II_CN62XX.html

I wouldn't quite expect it to get that much traction, it's just a pretty rare device for a pretty steep price - which doesn't really have the features speaking for it either (don't get me wrong, the features are nice - but paying 4-5 times as much as for an APU2 or similar x86 system pays for a lot of switches and wlan cards to achieve feature parity - and surpassing it). While there doesn't seem to be any fundamental problem either, I just don't envision too many developers going that route to start and keep working on it.