Hello, can you, please, help how to set up two routers ASUS RT AC 58U with latest LEDE in bridge mode.

All computers and devices connected to wireless router #1 and #2 should share files and other resources with each other.
I know that this is probably basic question, but I have spent on it many hours with many factory resets as usually ending with router, which was not accessible. Standard client or AP of course works.
Please help me even with such basic question.
Thank you very much
Leon

Create an AP (WDS) on one router and a Client (WDS) on the other router, using the same SSID and encryption key so they link together. Attach both of these to the respective router's LAN. Since by default LAN is already a bridge, you can add more connections to it, and everything will bridge together.

The same as if you had a wired link between the two, the router that is connected to the Internet modem will be the main router handling DHCP assignments and NAT. The other router is a "dumb AP" which has its DHCP server turned off and only one network, LAN, active on it.

Ordinary users like phones and laptops can also connect to an AP (WDS). To allow wireless users on the other router that is the client, set up an extra AP. You can use the same SSID for that AP, the driver is smart enough not to connect to itself.

That is what you should do.

With DHCP server turned off, your PC cannot connect unless you set PC to a static IP or have the bridge in place so the main router can serve DHCP to your PC.

Also when turning off DHCP server be sure to go to the IPv6 tab and disable IPv6 as well. The check box only turns off IPv4.

WDS is limited by hardware. Bridged Client mode (with relayd) is recommended. Setup is in https://wiki.openwrt.org/doc/recipes/relayclient
You can just follow "Doing this via the Web GUI instead"

I wouldn't use the relayclient. I use WDS since some years flawlessly with two TP-Link Archer C7, first with OpenWRT and now with LEDE.

Thank you for the tip with Relayd. Unfortunately it is not exactly the guideline as I am looking for, as I really need to replace simple Ethernet cable by wireless bridge. I have NAS, Printer, computer, satellite in two different rooms, but i cannot connect the physically. I am still trying WDS. But the DHCP from main router AP1 does not reach devices connected to AP2. Maybe something wrong is with the settings. IPv6 is disable. Can you please check? Thank you very much. 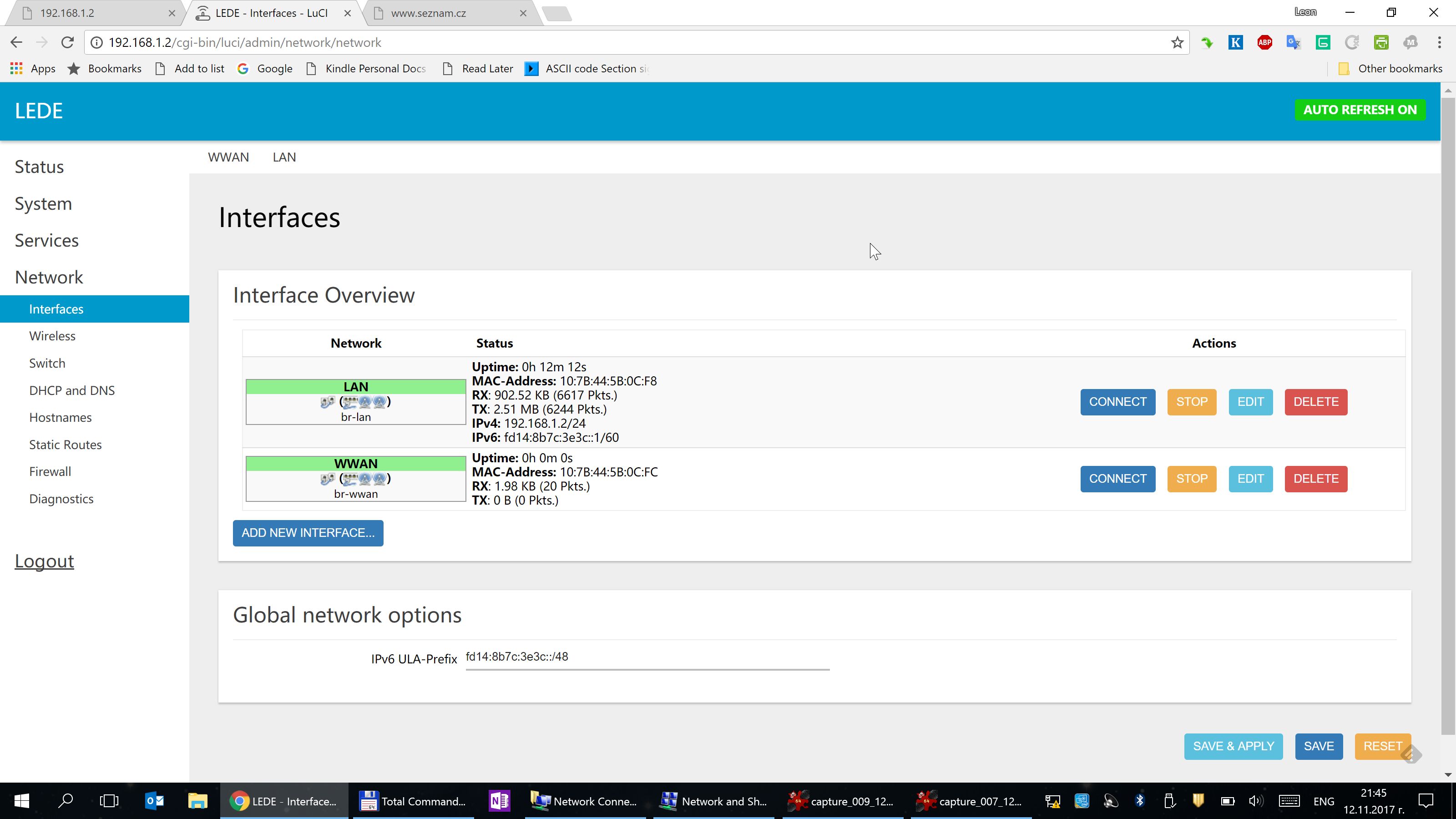 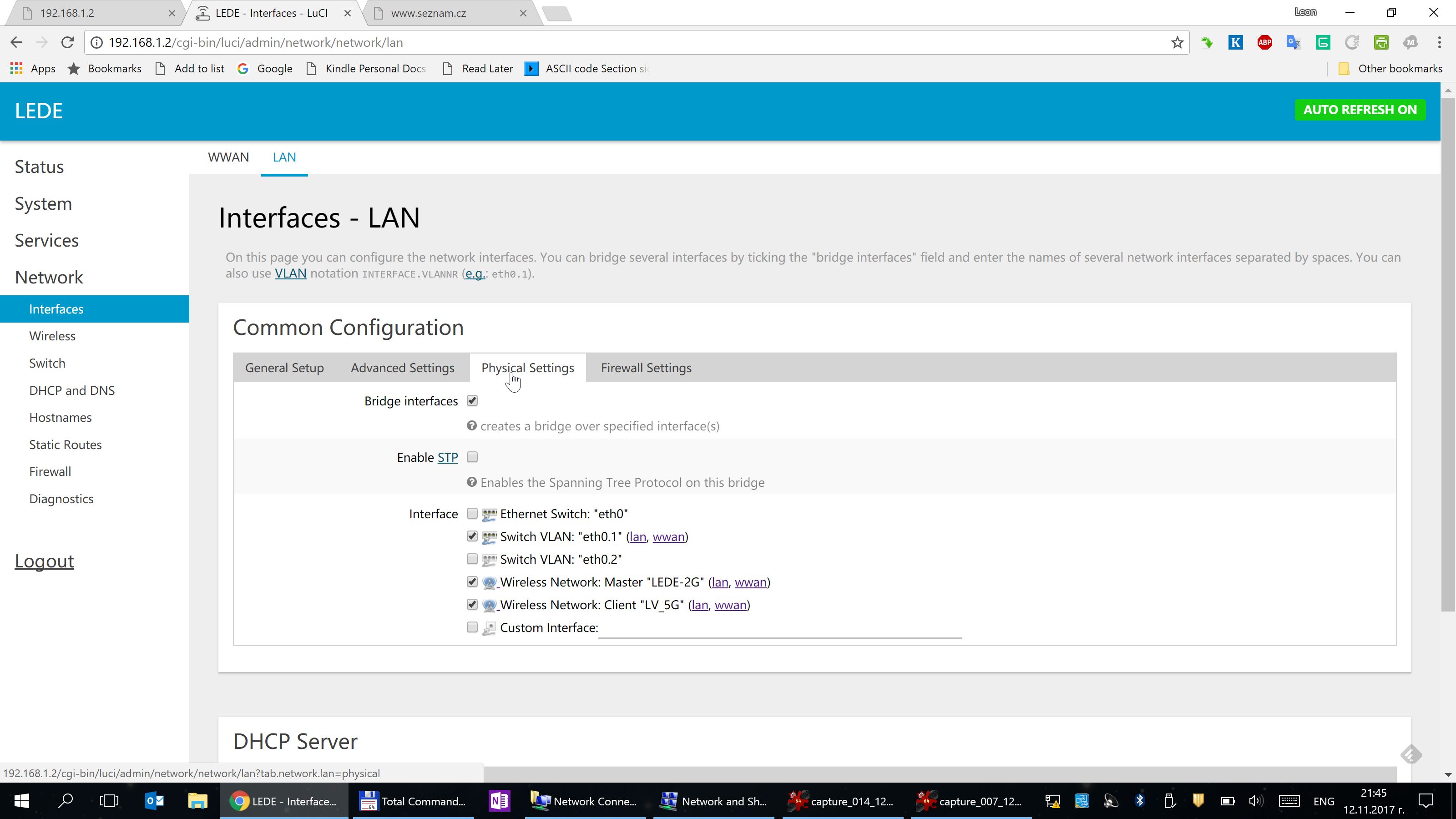 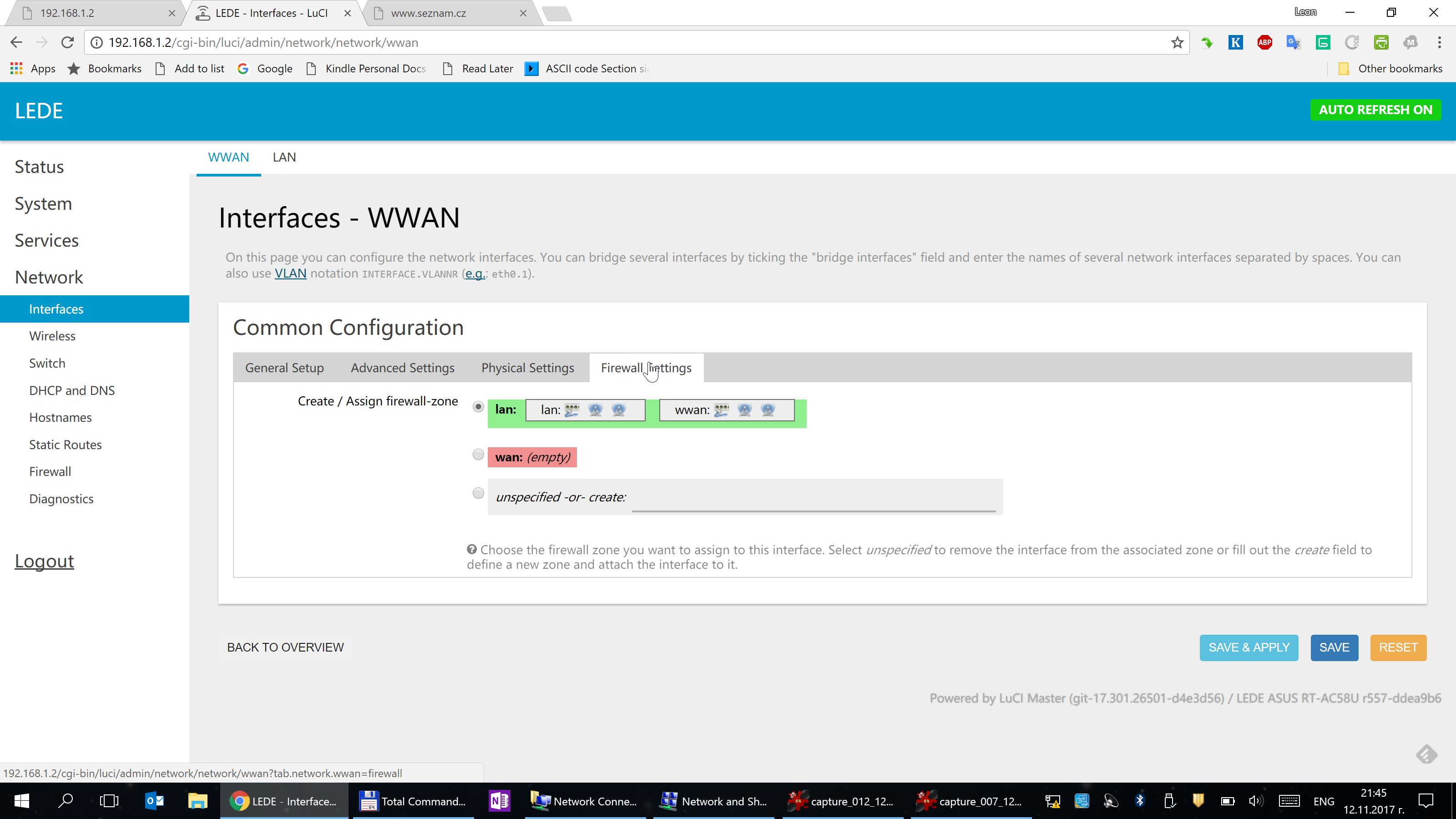 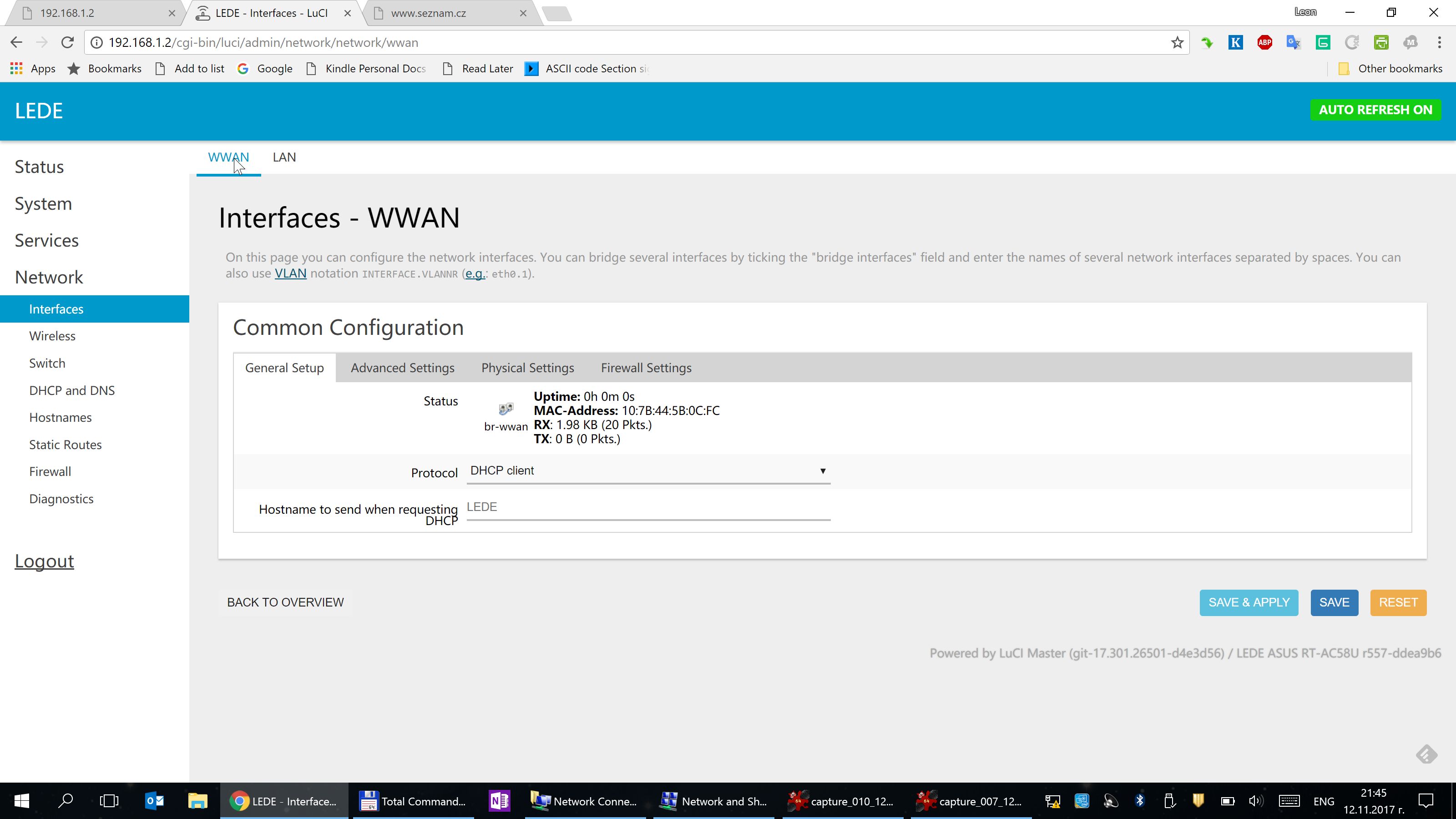 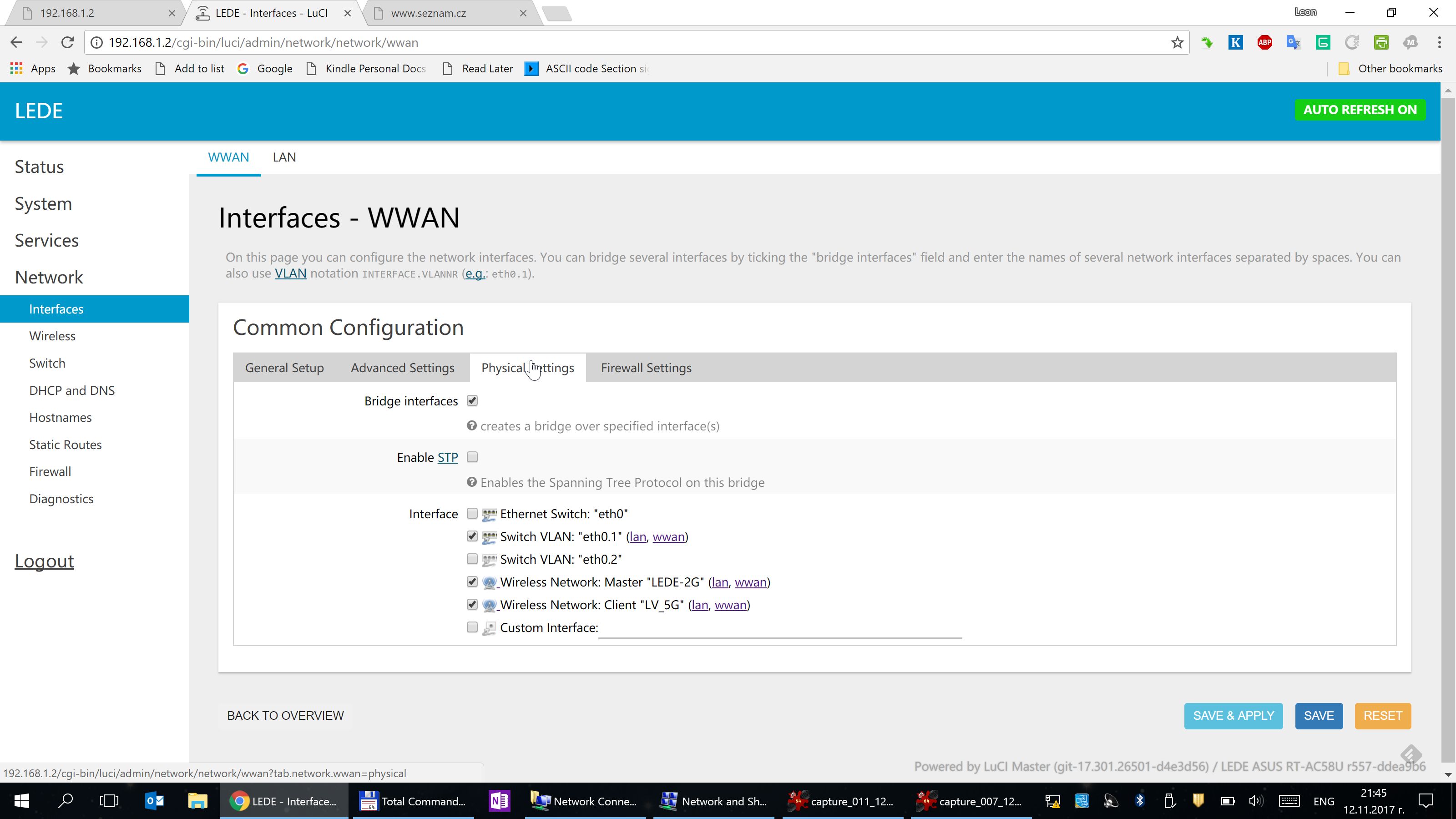 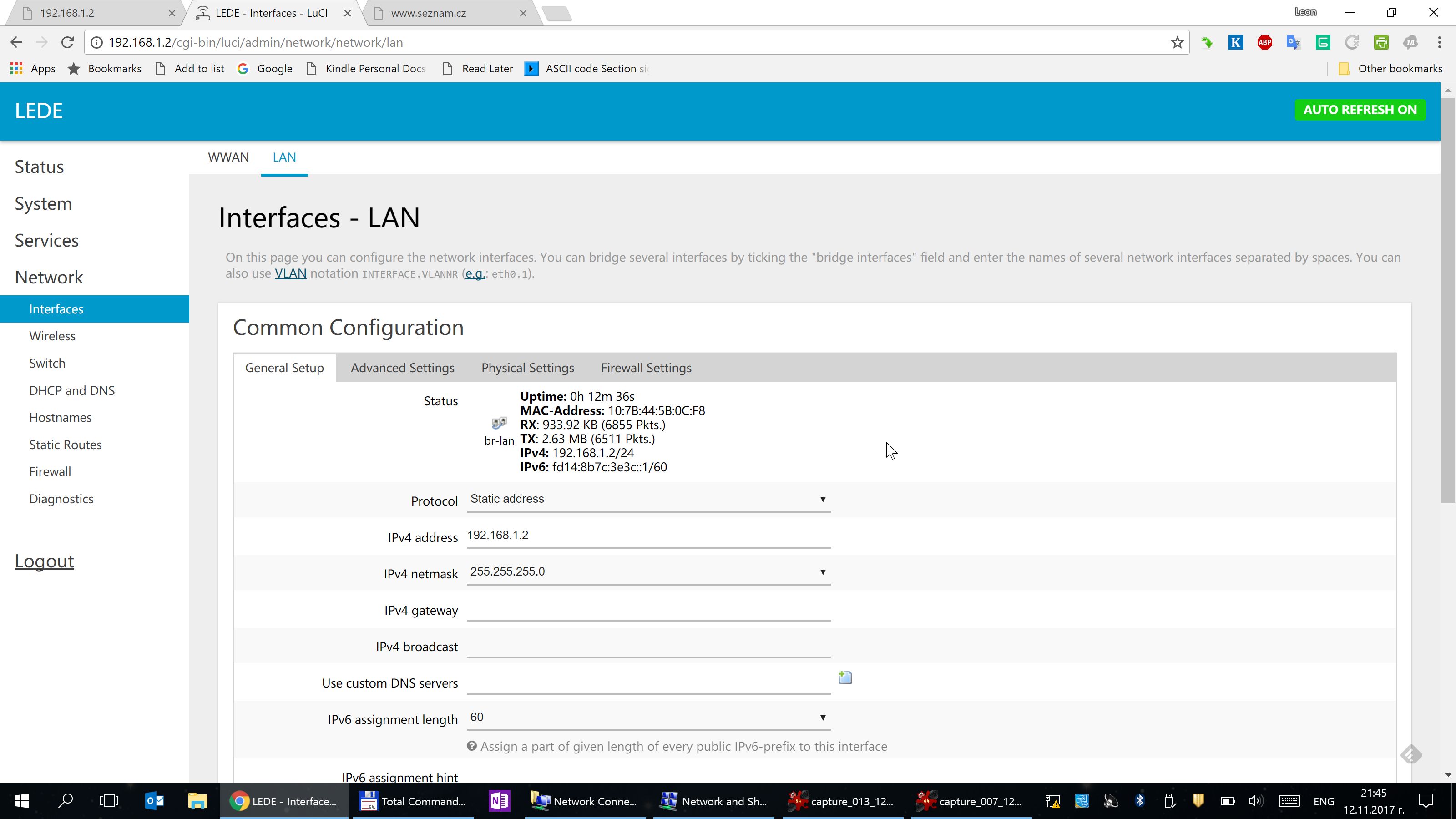 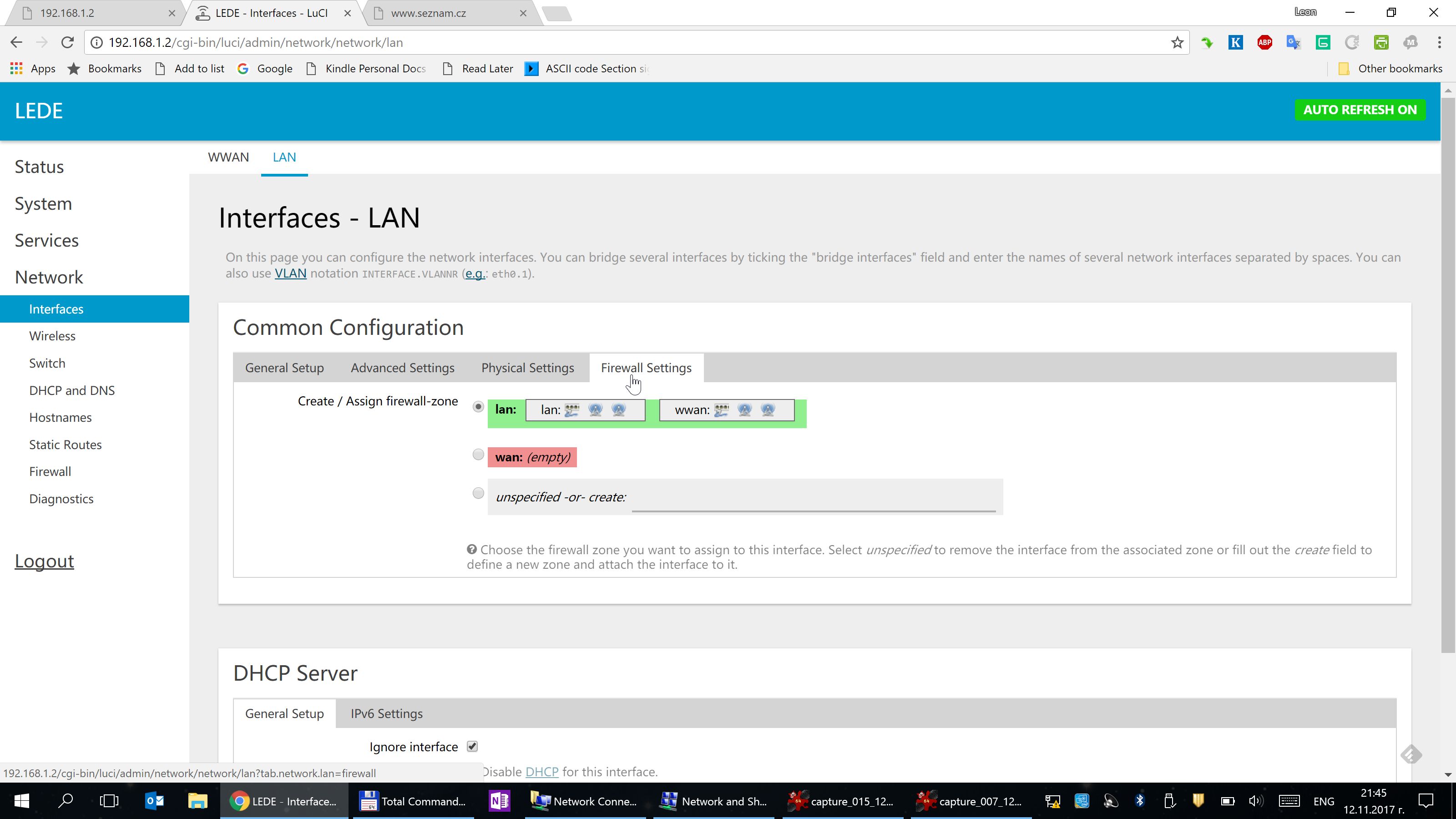 Delete the wwan. Your second router should have only one network -- lan. It also doesn't need any firewall rules. All the second router is doing as a "dumb AP" is to take every packet from a wired or wireless user and bridge it back through the WDS link to the main router, as if there were a wired link. If that packet is a DHCP request, the main router will answer it.

Hello, so by error and trial method, I have "achieved":

FInally it works! I have used relayd and this guideline:

previous text (at the very top) worked and this post helped me, too. Thanks

I'm trying to do what you're doing and I'm not getting IPv6 behind the slave AP. I'm just wondering if you're able to?

Hello, i'm trying to make a faster relay, but
active bridge it's with two tl-wr741 (ddwrt,sorry) with lan 100M and wifi link 150M+150M trougput about 10Mb/second
i've keep two tplink 8970 openwrt 1000M Lan and 450M+450M wifi link troughput about 13Mb/Second, reading on web and testing with iperf top show cpu usage over 60%, bottleneck was CPU too slow
now i keep two tplink D7 openwrt, gigabit lan, wifi link over 900Mb+900Mb, sometimes goes to 1300.
max troughput 13Mb/Second, top show cpu usage less than 5%
now i think if is possible or not with cheapest hardware like this to have 50-100Mb troughput?
Thanks

Don't run iperf on the router itself, it will take a lot of CPU. To properly benchmark you need two fast machines running iperf outside of the routers.

ok, i suppose, but my answer was if i lost my time to speedup this hardware or we can reach about 50Mb or more.
and another question, the relayd it's better to configure on the router connected to internet, WIRELESS AP, or in the router wirelesss connected to AP, using as WIRELESS CLIENT?
because now im working in the second one configuration