I'd like to use Jellyfin as media server in mi OpenWRT (OW1) without any problem accessing to my "internal or USB folders".

The "problem" is that my biggest USB with a lot of media files are in other OpenWRT (OW2) .. and I can't install it here Jellyfin

Would it be possible to "map" the OW2 shared folders to be used in my OW1?

If Jellyfin can handle network shares, you could set up OW2 with NFS shares e.g. that get mounted on OW1? No idea what the extra footprint of NFS is though on OpenWrt.

I'm using this info ... but it doesn't work properly

I've installed the nfs-kernel-server package in my OW1...

but when I reload the NFS service always appears the error
exportfs: Failed to stat /mnt/sda6: No such file or directory

Why? Is it necessary to install also the NFS the nfs-kernel-server in the OW2?

exportfs: Failed to stat /mnt/sda6: No such file or directory

That error is self-explanatory: the path does not exist. Where did you mount sda6?

In fact, sda6 it's the only "folder" from my OW2 server that I'd like to access from my OW1 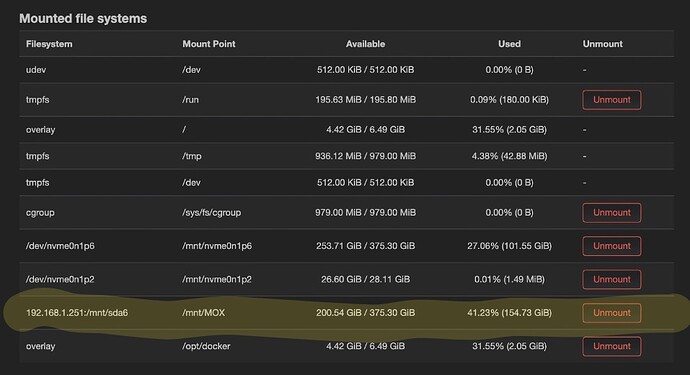 Now, I can use my Jellyfin media files from my local SSD in my NanoPi R5S or from my MOX. 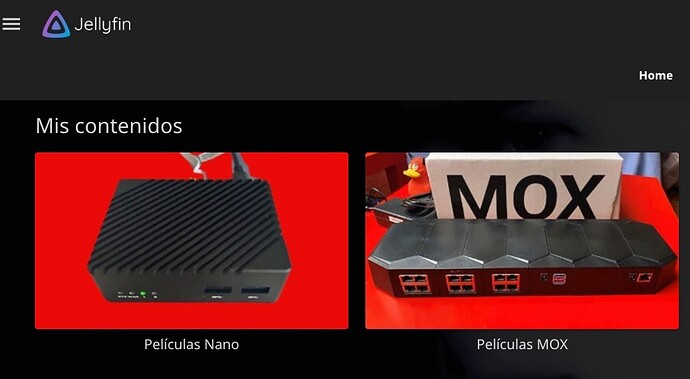