I'm trying to set up a mesh network where devices connect using OpenWRT on an older Linksys WRT54GL router. I have OpenWRT running, and can get IP Addresses for the hosts. The WAN interface gets an IP Address from the next device in line (set to 5-host direct). From the router's diagnostics page, I can ping the next device in line (router 1 for the purposes of this post). However my computer cannot ping router1 at all. It can ping the IP Address of it's gateway on the Linksys router, but nothing further.

I'm going to put this next part in all caps because it's vital. THIS ROUTER/NETWORK WILL NOT BE INTERNET ACCESSIBLE 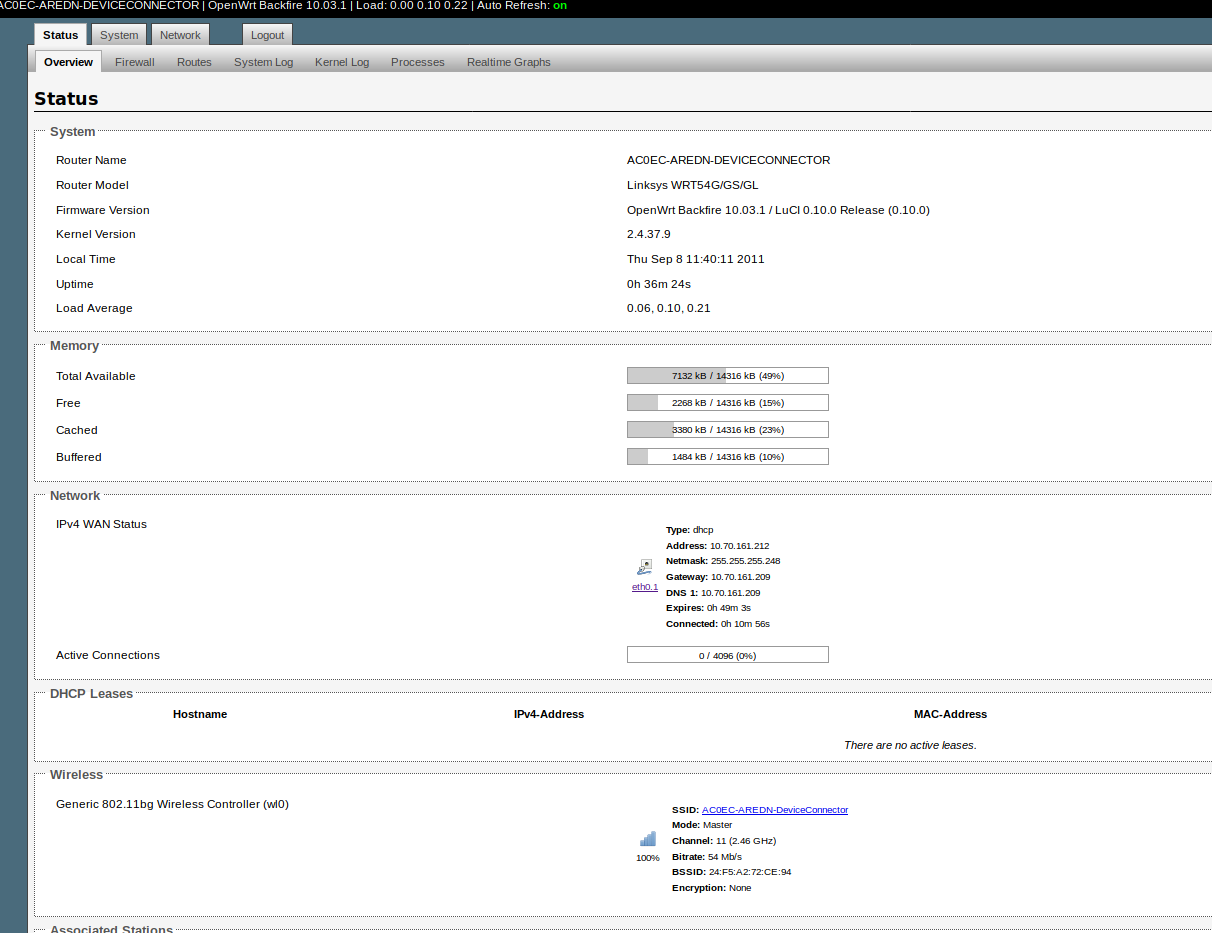 Hopefully you can help me get this figured out. I've used OpenWRT before but not in a setup like this. So, I'm kind of in the weeds here. For reference, the router will connect to an AREDN mesh (which uses OpenWRT as the base-system).

Have a great day.

I am pretty sure that router1 doesn't have a route back to device 1 sitting behind the Linksys router.
That happens because when you ping from the diagnostics page of the Openwrt, you use the WAN IP address. But since you have deselected Masquerading in the WAN interface, the IP of the device1 will not be NATed with the WAN IP of the Openwrt.
Try to add a static route on router1, the one on the left of device2.
Or enable Masquerade on WAN zone of Openwrt.
73 de sv1liv

I'll try to explain it a little better. Router 1 is going to be the last mile between the laptops/desktops and the first mesh node. On the LAN side, it will have either 192.168.1.1 or 192.168.3.1 for an IP Address (and feed out that subnet to clients). On the WAN side, it's getting the IP Address from the mesh node, so something like 10.48.161.212. Most likely you're right about it being that I didn't have Masquerade turned on. I'm not familiar with that term for anything, so I didn't mess with it.

In the short-term, I flashed DD-WRT on the router and everything worked out of the box. I've got three more routers to configure, so I'll retry OpenWRT on them. If they work better, I'll go back to it.

Have a great day and thanks for all of your help.

WAN port in Openwrt is by default configured to masquerade the traffic, so you shouldn't experience such a situation. Openwrt is also plug 'n' play in such a scenario.