Help with Vlan on raspberry pi 4

Hi Guys, i'm a pretty new on openwrt and networking.

The devices i have are: RaspberryPI4 on OpenWRT, Edgerouter-X on EdgeOS, and ONT from ISP.

i want to use SQM Cake on the Pi and make the devices on the ER-X connect to the internet through the PI.The Pi only has one NIC , so i have to create VLans.

I would really appreciate if someone can point me the direction to do this, i am trying to learn and grasp the concept of vlan and trunk but can't do it on my own it seems.

I was able to create a vlan eth0.10 on the Pi and a DHCP server for it on the ER-X but when i create the vlans on the ER-X it just doesn't work.

diagrams help alot with these kinds of things...

i have installed luci, but on the moment i'm using ssh with putty

well about the diagram:

one cable from porth eth2 to my pc.

i have not created succesfuly any vlan that works the way i want.

it is a terrible drawing but i hope it helps

edgerouter at the moment is on standard dhcp mode. 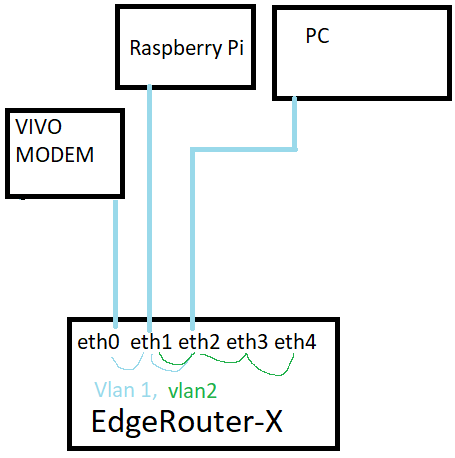 we do however need to clarify how core routing is occurring here... the modem is also routing? so the edgerouter is pretty much functioning as a L2.5(dhcp) switch? sending the clients dhcp via the rpi via dhcp relay?

The Vlan1 and Vlan 2 on the drawing are fictional , they are only what i imagine i should do to make it work.

Im trying to figure it out how to made this:
it is somenthing like this ? 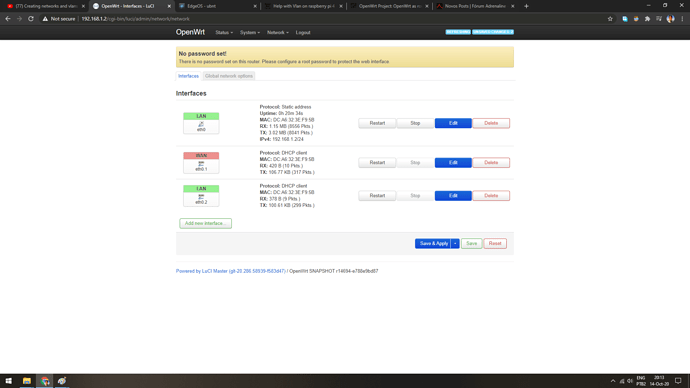 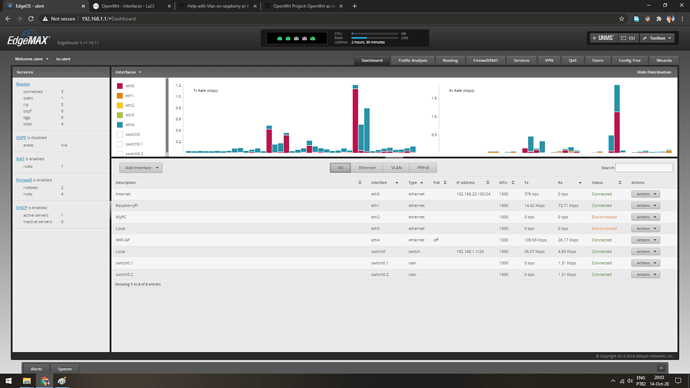 Why do you have two networks? I think you only need one, with a static IP address and a DHCP server, on eth0.2. You should not have any network on eth0.

I cannot see how have you configured the VLANs on the switch. 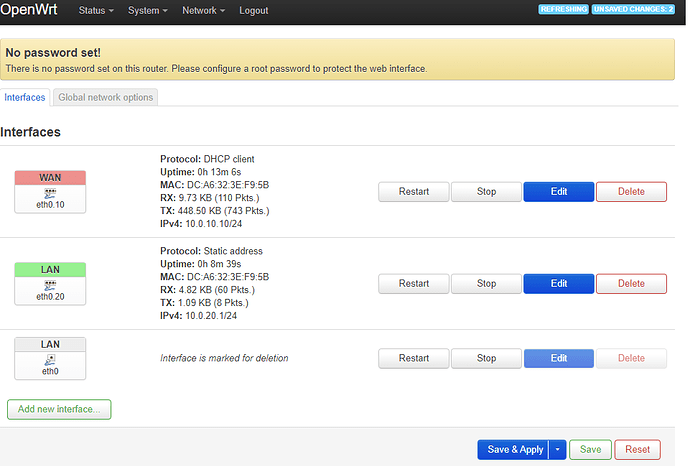 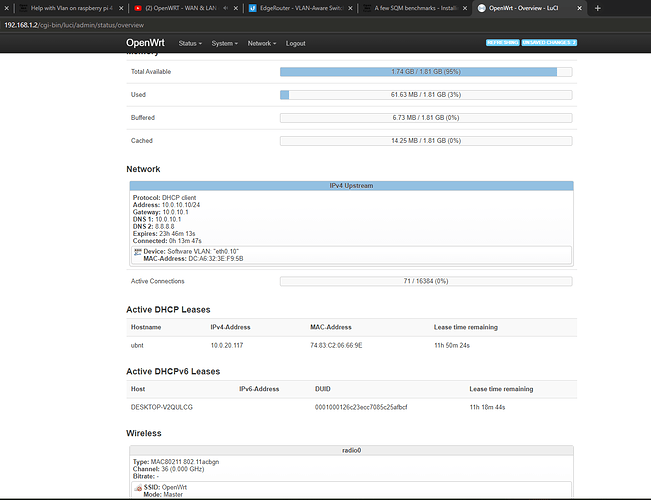 Now i need to learn how to create proper vlan on the edgerouter-x, i think i need to mark the Vlan-aware box on the switch0 interface and put the correct pvid and vid on each port, i'm trying to learn how to do it reading this:

Overview Readers will learn how to configure certain EdgeRouter models as a VLAN-Aware switch. NOTES & REQUIREMENTS: This article is applicable to the latest EdgeOS firmware on the follow...

i'm happy for all the help you guys are giving, thank you.