So, some kind users on this site gave me guidance on a link which helped me set-up the Guest network
[https://openwrt.org/docs/guide-user/network/wifi/guestwifi/guest-wlan-webinterface].

I've followed all the steps, but, there seems to be no internet on that network. Any idea what the issue could be? It was done via the web interface.

Can you show the configs, or at least LuCI pictures?

Of course - here they are - let me know if you need anything else. Just an FYI, I've named the Guest Wireless Network as ESSID; 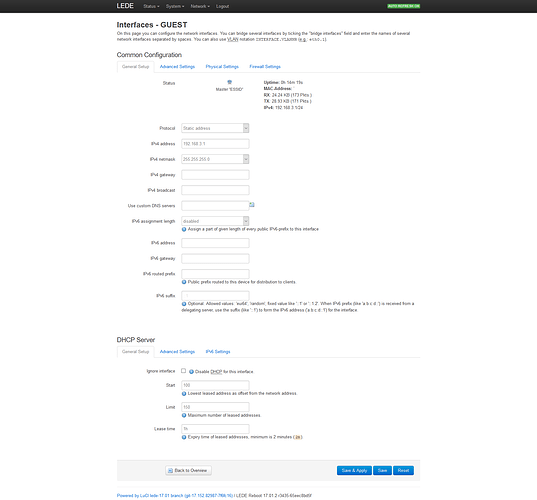 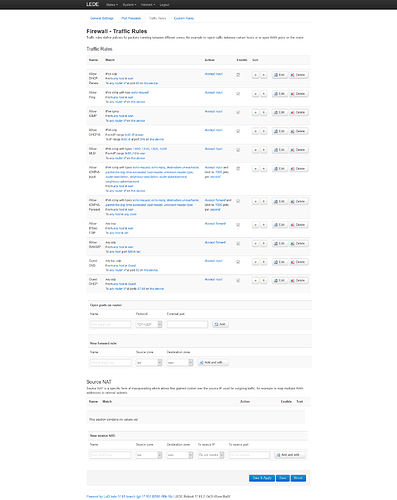 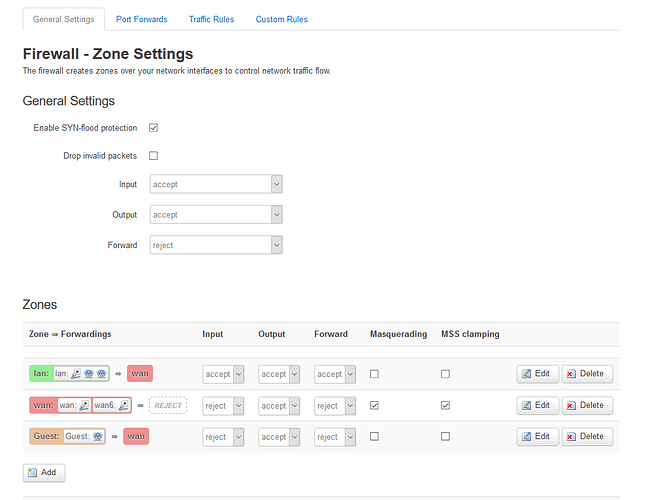 Hummm...try changing the Guest Interface into a bridge...and assigning/creating a VLAN. You don't have to add it to the switch.

Apologies, my knowledge of this is limited, still learning. To change it to bridge, do I do the following (below)

My apologies, as for assigning/creating a VLAN, I have no idea what that means? Does that mean creating a new wireless network, and assigning it to the guest interface? If that's the case, I've already done that.

You know...you can just look at LAN and duplicate it:

Use the next available VLAN ID (which is 3 on most devices)...so normally eth0.3.

@lleachii This is what I see, it looks slightly different to yours. Do I have to select anything else, too, as the no internet issue still persists on the Guest network? 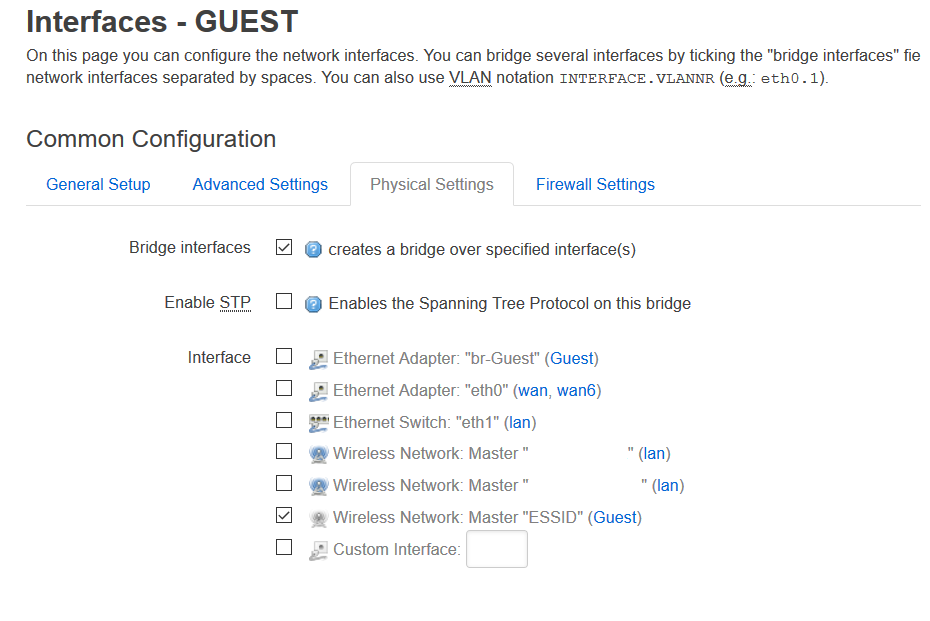 Do I have to select anything else, too

Do I need to create a VLAN even if I won't be using ethernet for that guest network, just purely wi-fi?

Do I need to create a VLAN even if I won't be using ethernet for that guest network, just purely wi-fi?

You don't have to add it to the switch.

So again, yes. It's advice to see if it will fix your issues. I've never had WiFi in the manner you wish, unless it was on a VLAN.