Hello, I have a GL-MT300N-V2 configured as explained in this thread (I post also a summary image to show the actual configuration):

Help in how to route all traffic: WAN - LAN and OpenVPN - LAN Network and Wireless Configuration 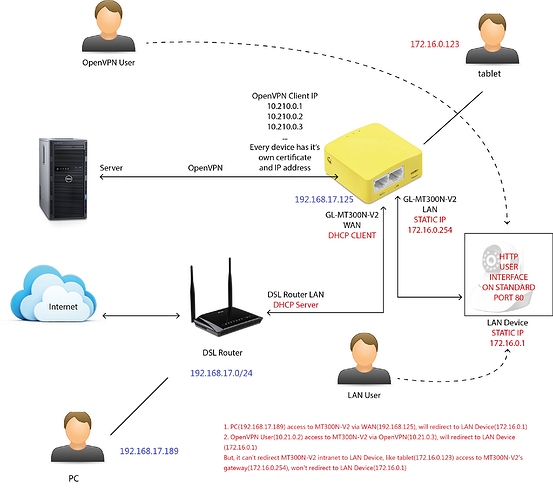 The system works correctly, the GL-iNet connect to the VPN server, it allows the navigation to the LAN connected device through WAN, VPN, and LAN. Also through WiFi, I can access to the GL-iNet interface to it’s IP 172.16.0.254 and to the LAN connected devices typing 172.16.0.1.
I’m also able to open the LAN device interface directly from the OpenVPN server.