FTTP Speed limited on my router

I was a previous user of OpenWRT years ago on my Buffalo WBMR-HP-G300H. I then stopped using it at one point during an ISP Switch and house move.

Long story short, my current provider is BT in the UK with FTTH. Recently, I have been having major problems with the WiFi connectivity on the router, so I ended up searching high and low for alternative routers in my house and located my old Buffalo WBMR-HP-G300H. I updated it to the latest version and factory reset it.

Obviously it is a DSL router, but I configured one of the ports onto a VLAN to use as a WAN Port and I am extremely impressed, despite the age of the device and the lacking of 5Ghz or even Wifi AC, it has solved all my WiFi problems for now!

Now, onto my problem - My connection is 300mbps down but I am currently getting about 80mbps max. I suspect this may be a hardware limitation? But if not - is there anything obvious I am overlooking? MTU's are at default and the ethernet ports are supposedly 1GBps (because if they were 100MBps, then I guess it would sort of make sense seeing about 80MBps)

Eventually I am going to get a newer more powerful device to use with OpenWRT, but for now, if there is some sort of resolution to where my missing 220MBps download speed is, it would be great

https://openwrt.org/toh/buffalo/wbmr-hp-g300h
With 333MHz CPU you won't go much higher than what you are getting.

Your missing download speed is the CPU on this device being unable to process that many packets per second through the firewall/NAT.

The best thing going right now in my opinion as far as routers go (overall price, wide availability around the globe, speed, memory, unbrickable...) is the RPI4 which you can put in place as your router, and then use something else as your wifi AP.

Thanks all - I thought it would be a hardware limitation, was just seeking some reassurance! Until I can get a new router, I will stick with this as it has transformed the WiFi compared to the faulty router!!

You could use the fast ISP router as the main router, turn off its wifi though and wire it to the Buffalo which would serve as a dumb AP.

You could use the fast ISP router as the main router

You could do this, but it's a security nightmare to have your router controlled by your ISP.

What are you getting on the upload on the FTTP connection through the Buffalo WBMR-HP-G300H?

it's a security nightmare to have your router controlled by your ISP.

I think those should be services or applications that can be turned off by the user.

so as far as security goes ISP routers are like having zero firewall.

Undertood about ISP-provided routers are rarely kept up to date, as the manufacturer claims no responsibility about providing firmware update, leaving that to the ISP who rarely keep that updated.

Though, what I was trying to say is that as far as ISP talking control of the router, supposedly for diagnostic purposes, I imagine that's usually an option that can be turned off via the GUI.

I have never seen that, nor do I think that could be trusted. It has to be assumed that the ISP has total control over the ISP provided equipment, including pushing updates and settings resets and pushing any arbitrary packets to your LAN side. in security if you can't prove otherwise it must be assumed possible.

On my ZTE ISP modem for example (not currently in use). 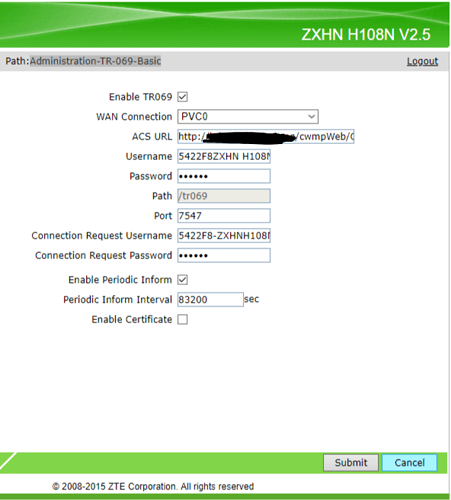