I have two BT Openreach ECI VG3503J V2 VDSL modems, both manufactured in 11/2013. There are two 1000uF, 6.3V capacitors in each unit, marked EC2 and EC8 that are bulging - actually one of them has exploded and burst the top vent. 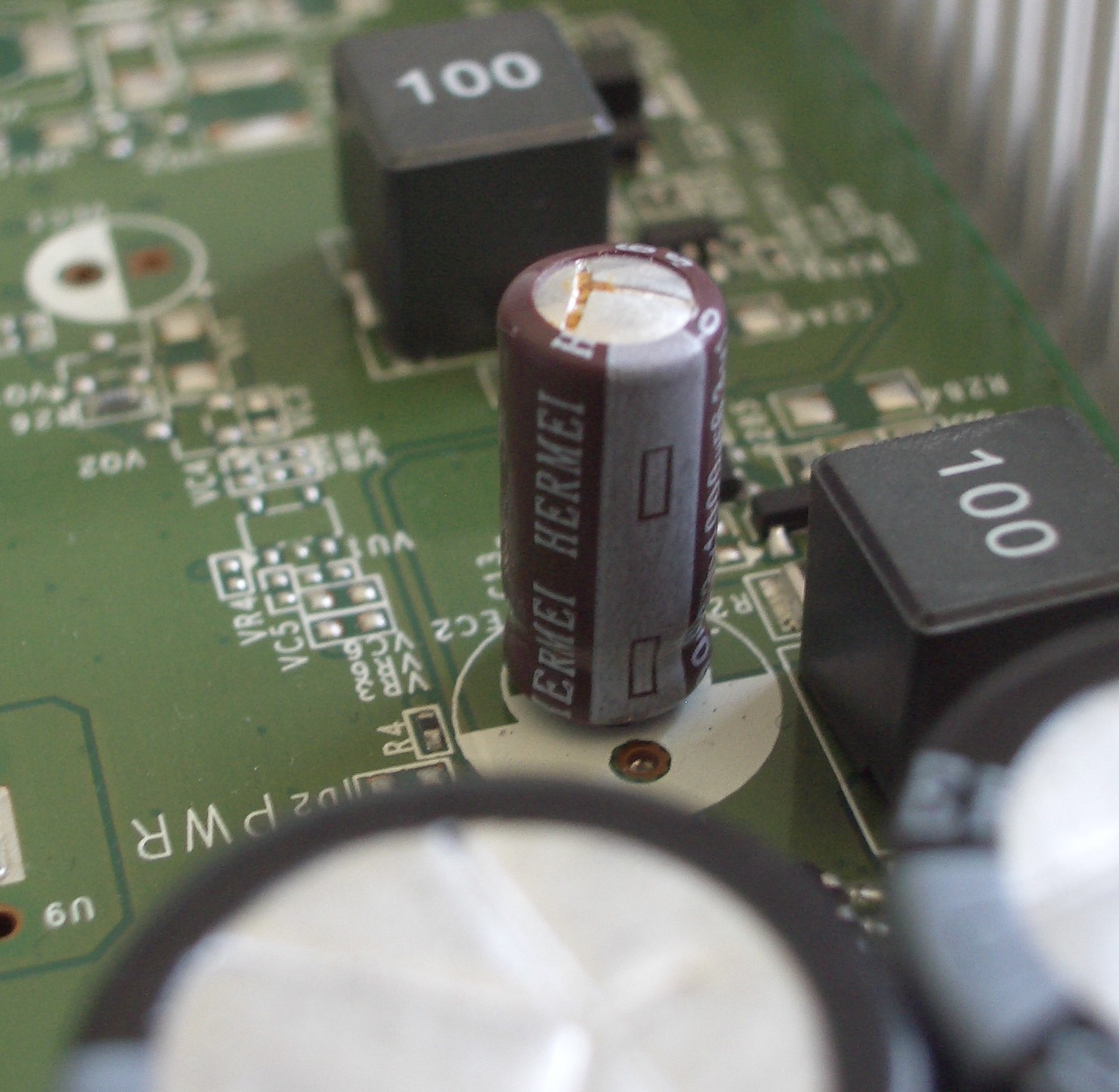 These capacitors are located as circled below: 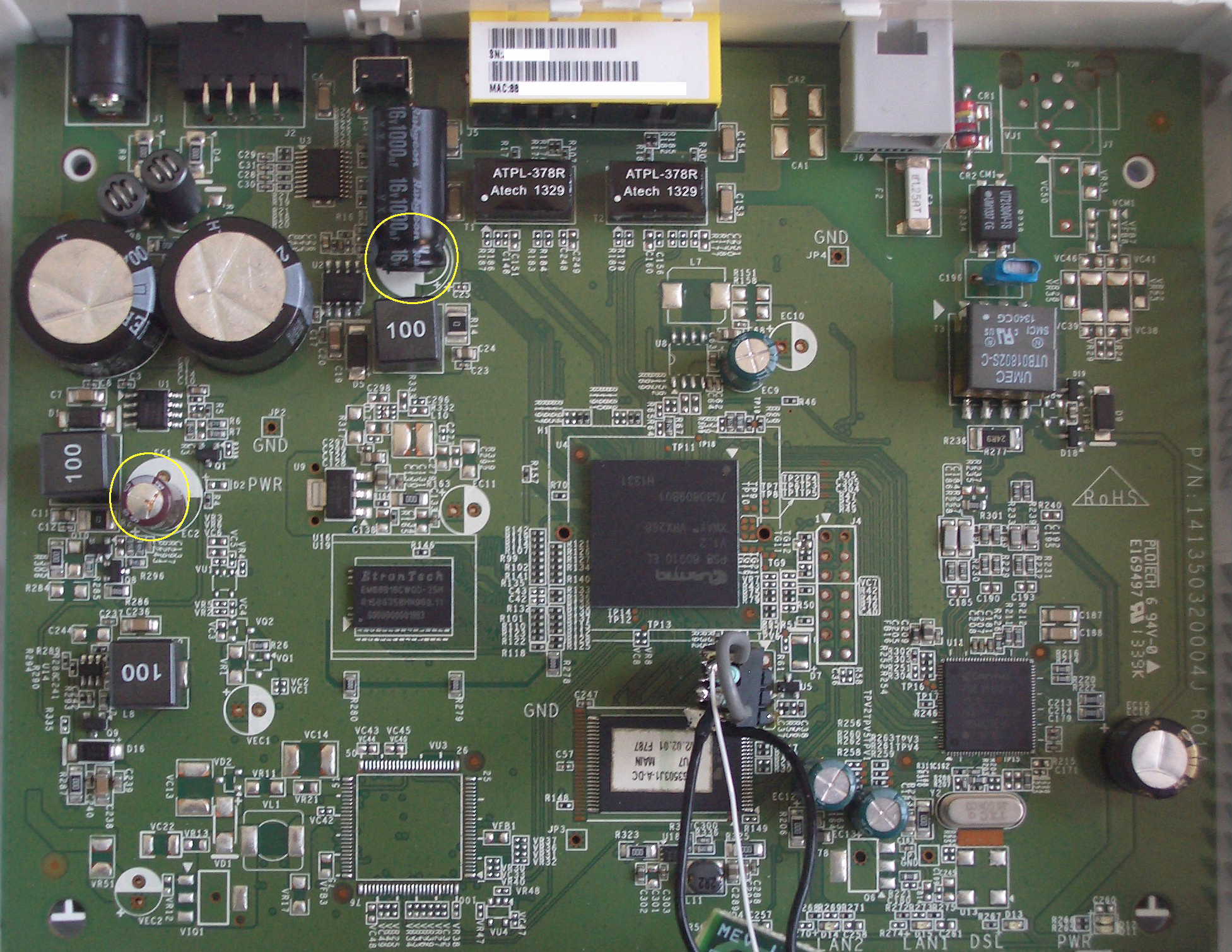 You can see I have replaced the topmost capacitor (EC8) with a replacement higher voltage rated one, but have yet to replace the other bulging one (EC2) before it fails.

Bearing in mind these modems are typically powered up 24x7, if you look at the specs for electrolytic capacitors you will see worst-case lifetimes sometimes of only a few thousand hours (at elevated temperatures admittedly). There are 8,760 hours in one year alone, so how long should we expect these products to last before these capacitors fail?

Oh - and if you try and desolder these capacitors in order to replace them, the thermal breaks on the ground plane are poor and you will struggle to remove the capacitor. I had to use a very small drill, about 0.7mm dia. to drill out the solder before fitting a replacement capacitor.

Has anyone else seen these problems?

Actually it depends exploding CAPs are usually due to low quality CAPs batch used during manufacturing.
I have devices which have CAP for many years without failing and devices with many CAPs that fail simultaneously this usually means that batch of CAPs used was inferior. The capacitor plague was a problem related to a higher-than-expected failure rate of non-solid aluminum electrolytic capacitors, between 1999 and 2007, especially those from some Taiwanese manufacturers, due to faulty electrolyte composition that caused corrosion accompanied by gas generation, often rupturing the case of the capacitor from the build-up of pressure. High failure rates occurred in many well-known brands of electronics, and were particularly evident in motherboards, video cards, ...


But no worries simply replace them with CAPs of higher rating will solve your issue.

What sort of behavior would one expect when a modem or router has a bad cap?

The "bang" is optional, and on the extreme end of capacitor failure.
Most times it is rather a slow process of first bulging, then slowly oozing out electrolyte and hence loosing capacity.

If the capacitors are in hot temperature, it's not a bad idea to take 105°C type, instead of the often used 85°C ones. Depending on the usecase, low ESR capacitors might also be a good idea.