I am trying to setup this 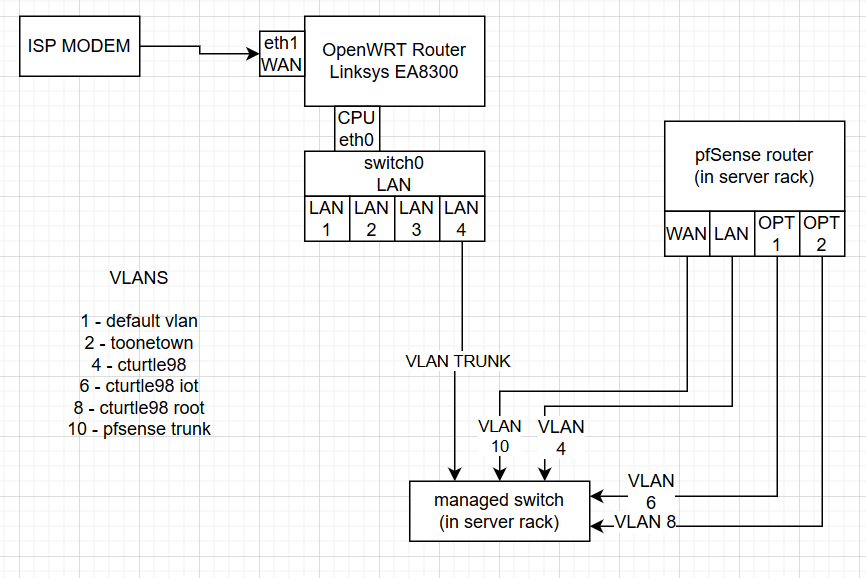 I am trying to segment my network

vlan 4 and vlan 2 need to have SSIDs

am I doing something wrong here?

this is the default config that works 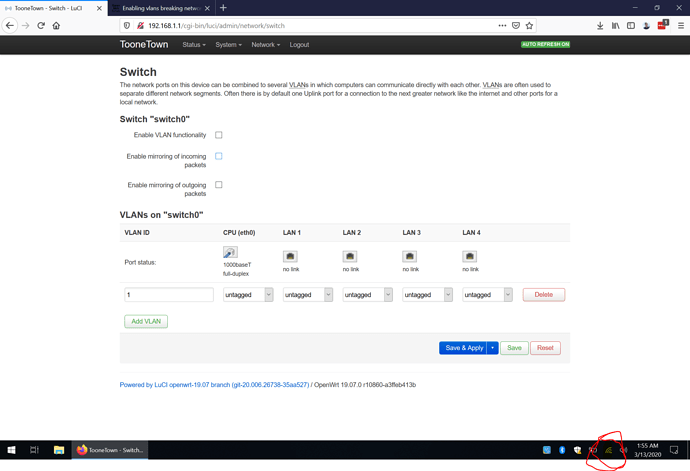 as soon as I add a vlan it stops working: 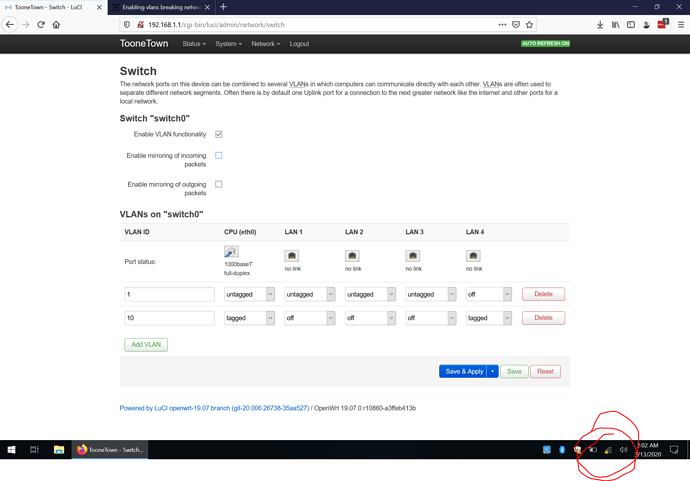 Hmm, it could well be something similar my 4040: try using a VLAN number other than 1 or 2.

I think that your switch (or switch driver) isn't support both tagged and untagged frames at the same port (cpu port in your case). 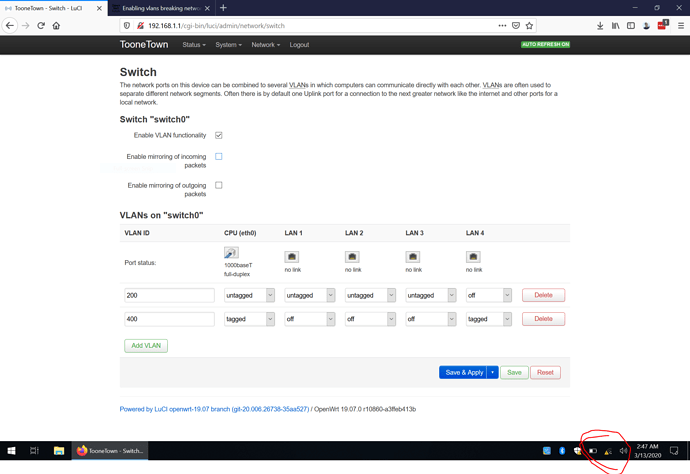 Big numbers wont work on some devices without advanced configs...some switch drivers only go up to 128.

And your VLAN config where CPU is untagged is wrong.

Vlan numbers don't matter. Any configuration where cpu port is tagged and untagged at the same time will break connection.

There is such a thing as "too great"

Fix the tag / untag on cpu and try those (lower) numbers.

10x with tagged on both doesn't work 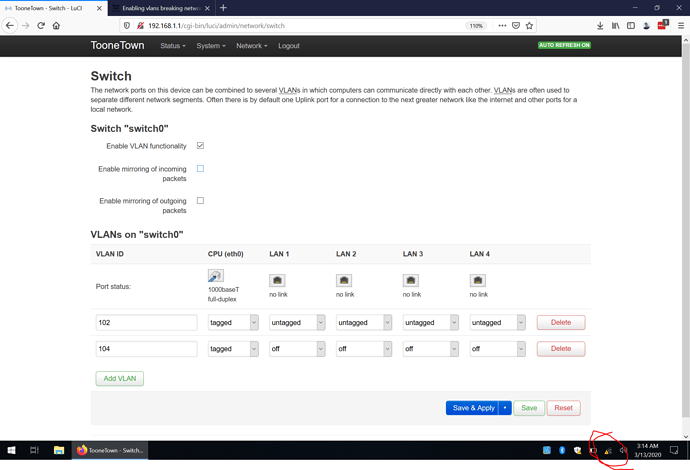 x0 numbers with both tagged dont work either 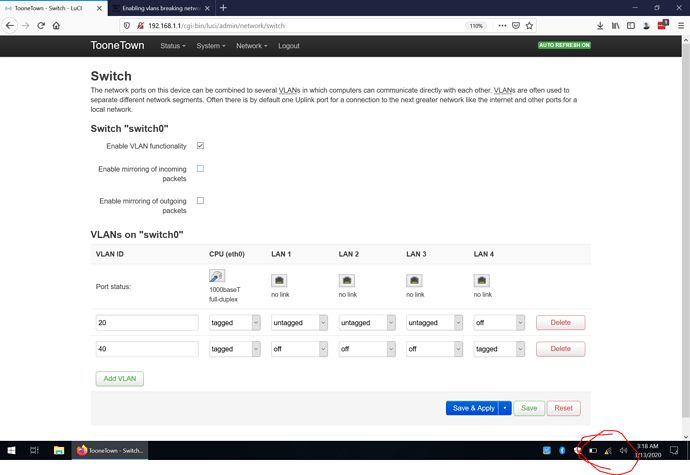 and yes my LAN is using eth0.20 as its device

its more broken than just I dont have internet 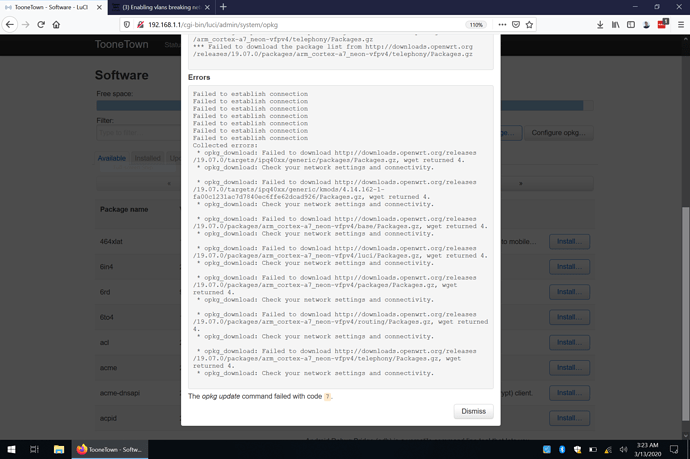 but if I delete the second vlan everything starts working again 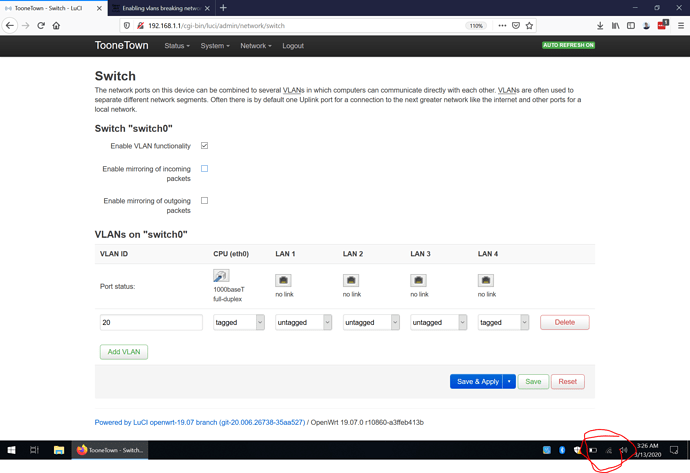 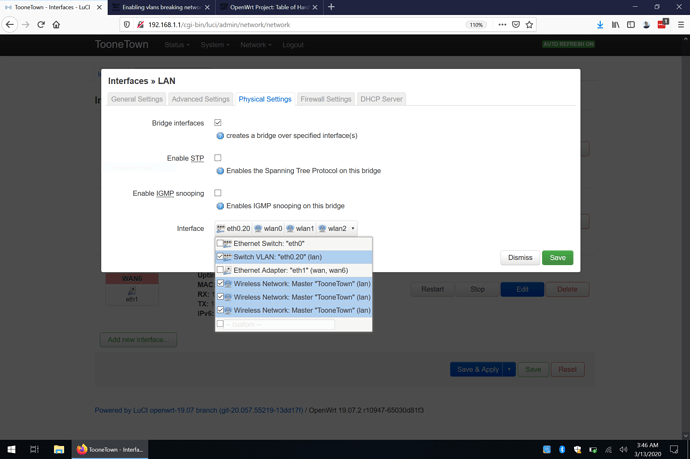 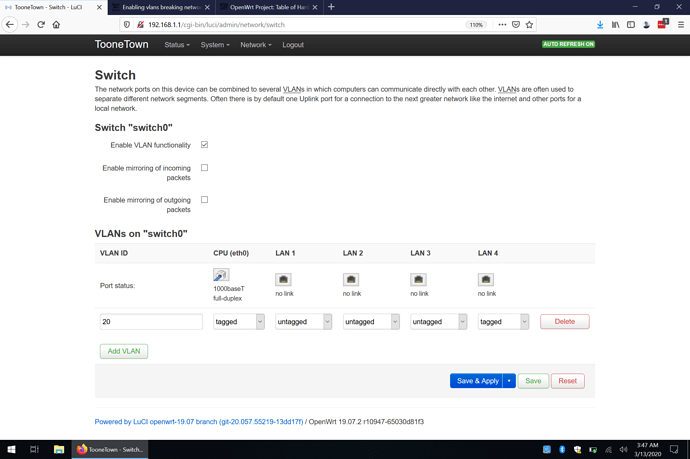