I realised EAP245V3 image is now official, so I wanted to install it. I tried and identified I was getting the error that seems to come from the Canadian firmware of the access point.

I was following the steps in this post (now closed here ) and I have some issues running the python script. I do understand that the script might be un supported, but since I cannot revive the post, I would like to start a continuity to it.

Here is what I get when running python script

and here is the command line

Is the pyhton script able to be executed by the user used?
Are all attributes of the python script correctly set? (read?)

Anyway, any problem with that script should be addressed to https://gist.github.com/svanheule
I think this is not OpenWrt related.

The only way I can reproduce this issue (args.factory being None), is by not providing the -f/--factory option for the script.

I've updated the script to require all arguments, maybe that will help with finding the issue.

I run the script on Win10. I am the administrator on my laptop, so I don't see why I would get read/write issue.

I can see why this is not considered Openwrt, as I mentioned in my post, but it still can be seen as an installation issue. Maybe a starting point generic install for Canadian firmware EAP245 could be made and then user could start updating the access point to the latest available versoin. My 2 cents, but I don't know the backscene work at the same time.

I went to GitHub and took the script. Now I get this

Still, this is the command I type

In the same folder, I have a file named openwrt.bin, which is the official install (not update) of OpenWRT for EAP245V3, EAP245v3_ca.bin which is the latest Canadian firmware from TPLink website and that is it. Is there something too obvious I missed in the execution?

The error message seems to suggest the script isn't getting any of the arguments passed on.

Do these threads help? 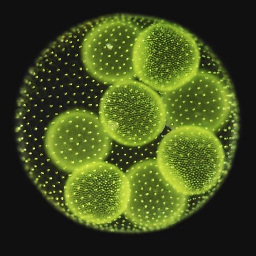 Python program with arguments on Windows

Need to type py in front of the script. Looking at the posts, it seems like windows was able to run it when Python was installed.

Can we zap this post to keep my reputation intact.

Thanks, got it to compile, will see later if it worked.

I tried to flash and now, instead of "Bad File", I get "Failed to check for new update".

I tried with the latest version of the script and the previous. Any idea?