hi guys , i have a question
does the router benefits from the second core ??
because even if I'm using the SMP version of openwrt the second core is not showing
device: huawei HG5656a 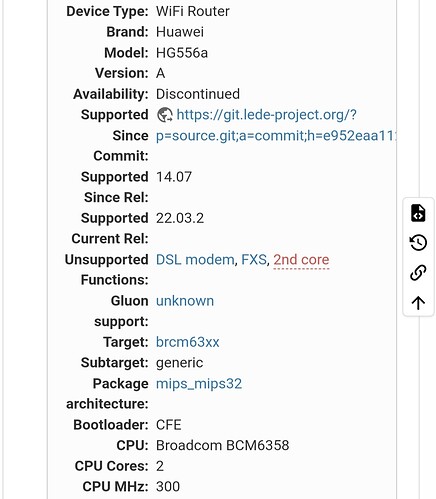 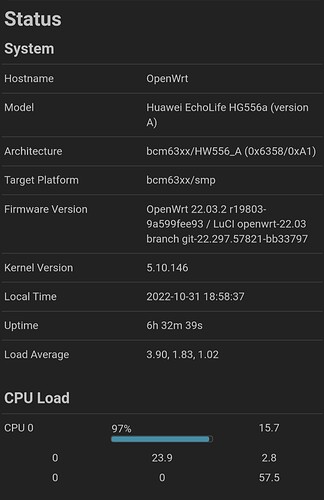 Notes on this model indicate that since the dual cores aren't fully independent, Linux cannot run with both cores. Huawei EchoLife HG556a The HG556a was an adsl wifi router mainly distributed by Vodafone to their customers. It comes in three versions A, B and C: * A, B versions have identical boards coming with an Atheros wifi chip and they only differ in...

you by independent that there's only one core ???

by independent that there's only one core ???

No (I'm confused how you came to an inquiry about a single core - knowing the device is a dual core machine).

The Wiki answers your question by describing how they "aren't fully independent". Since I'd literally be copying/pasting from the link above and MK24 already told you - feel free to just navigate there.