Does this directional antenna has a good design?

I need to use an external directional antenna to create a long-distance wireless link (not very long that I need to buy a costly CPE). So, I have decided to buy an 8dbi/12dbi directional antenna from Aliexpress, but I don't know much about antenna design and the sellers often write wrong parameters to sell more. So, I am posting the details here if anyone with antenna knowledge can help.

Inside, it is formed by two plates. The driven element is a 40x50mm plate. The reflector is larger, curved, and grounded. A black plastic is there between the plates. But there is a metal bolt in the center causing electrical contact between the plates. Here I have attached some photos which were posted by a buyer. Can you please tell me if this design is good and is the antenna a good choice? Thank you. 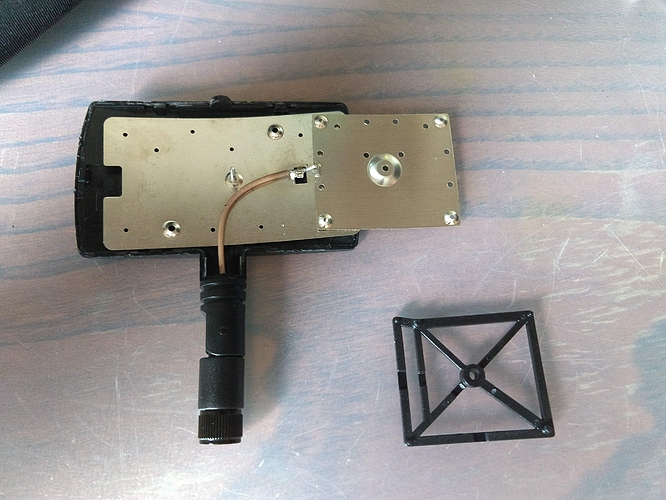 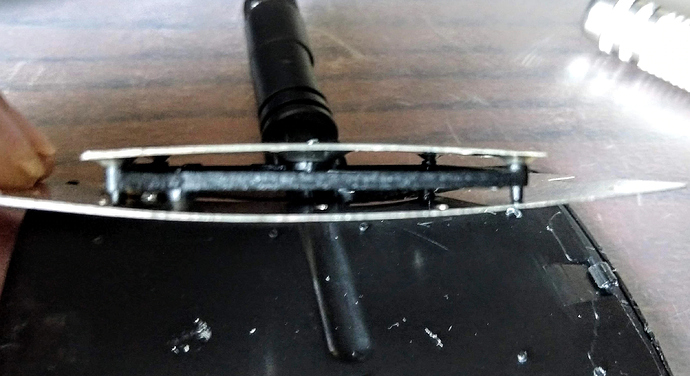 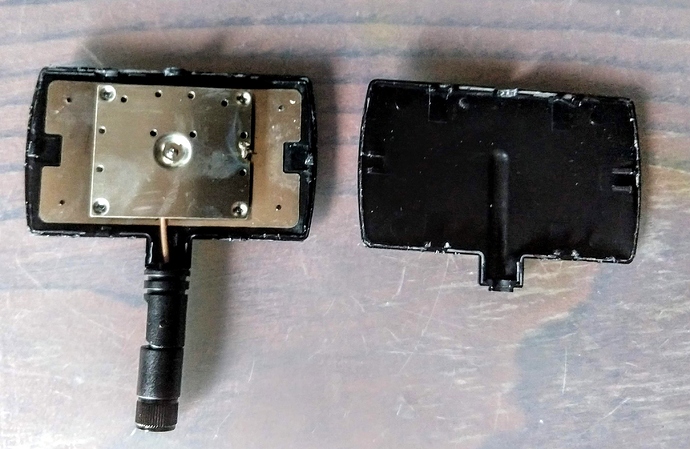 This data sheet describes the benefits, specifications, and ordering information for the Cisco Aironet Antennas and Accessories Reference Guide.

if the driven element is electrically connected to the reflector element by a mounting bolts this is a bad design. Perhaps there is an insulating washer or some such thing?

You should at least have a detectable signal (-85 dBm) with the stock antenna to consider using a 10 dBi antenna.

The only external antenna that's really impressed me with performance is the 24 dBi mesh parabolic. These are a standard item from commercial suppliers, but expensive. The TP-Link knockoff actually works quite well.

A CPE isn't terribly expensive considering it is a pre-engineered system and suitable for outdoor use. Running OpenWrt on your CPE can have it also provide the AP of the repeated signal for local users thus not needing additional equipment.

If you have authority over both ends of this link, strongly consider using 5 GHz instead of 2.4.

For anything but the simplest, wire antennas below 30 MHz, it’s “impossible” to tell if they’re good “by inspection”. A “short circuit” at DC may or may not have any impact at the design frequency. Antenna testing in the GHz range requires test equipment typically costing tens of thousands of dollars.

Use an antenna analyzer.

This is actually true, especially up in the GHz range where even the thickness of a small screw is a nontrivial fraction of a wavelength... Since antenna testers are $12k you're probably best off to simply connect this antenna to your device and see if it dramatically improves reception. Empirical results are going to be much more accurate than any guesses from photographs or physical inspection.

On the other hand, there are designs for corner reflector antennas that are relatively easy to build and work well for GHz ranges... https://www.qsl.net/yu1aw/ANT_VHF/3d_corner_reflector_antenna.htm

Thank you wulfy23 for the link.

if the driven element is electrically connected to the reflector element by a mounting bolts this is a bad design.

That's the thing that bothered me. I also posted a question on Amateur Radio Q&A website to know the type of the antenna. I came to know that it is a patch antenna and they also claimed that the connection with the ground plane is fine. I don't have sufficient knowledge to discuss these designs.

A CPE isn't terribly expensive considering it is a pre-engineered system and suitable for outdoor use.

I don't want to create a very long distance link. It is to share my connection to my friend's house, which is near my house but an omnidirectional antenna is not working. I also want to test a new setup by placing the antenna at the end corner of my house and to cover the whole floor.

Yes. I was also shocked to see those prices.

Use an antenna analyzer.

I would love to learn these by using them, but I don't have access to such a device and buying one is simply not an option.

Thank you, everyone, for your time and help

I came to know that it is a patch antenna and they also claimed that the connection with the ground plane is fine.

The electrical field at that point in the patch may be a node, in which case connecting it to the ground plane wouldn't have much effect. Consider for example a flexible rod, you wiggle it at one end, you can wiggle it in a way such that your end, and the far end both wiggle, but the middle of the rod stays put. If you fastened the middle of the rod to a bench, it wouldn't really affect anything. That's kind of a similar idea.

EDIT: You can see this effect in a guitar string for example, you pluck the string while putting your finger on the middle point, you'll get what's called a harmonic sound, it's an octave above the base sound. The center point and the ends of the string will basically stay put, but the string will vibrate heavily at the 1/4 and 3/4 points.

EDIT: You can see this effect in a guitar string for example

In this case more comparable to a Chladni plate. Search youtube for examples.

Very beautiful explanation. Thank you. I have decided to buy it and since it is cheap, if it doesn’t work, I will throw it out. Directional patch antennas have a nice pattern and if it works, I am planning a new setup with the antenna at one corner of my house and I will try to cover the whole floor. 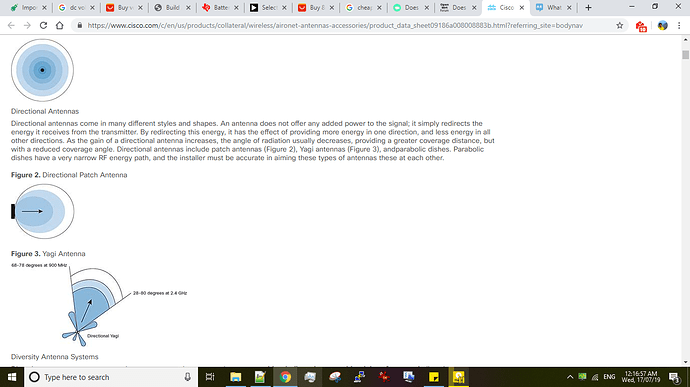 The thing to be aware of is that coaxial cable needs to be very high quality in order to not lose signal in the cable, so if you try to attach an antenna and place it several feet away from the source, the connection between the two can easily eliminate all the advantage of the antenna. So, I recommend if you get these inexpensive patch antennas to keep them close to your device and use as short as possible of coax, also to use high quality coax, but you probably just use the short section that comes with the antenna so whatever quality that is... basically don't try to extend it.

So, I recommend if you get these inexpensive patch antennas to keep them close to your device and use as short as possible of coax

My device has a RP-SMA connector for external antenna. I will just connect the antenna there.

I remember seeing an OSH variant of this somewhere at similar pricing but can't find the details. LimeSDR has been published as having the ability to run as a VNA, not sure about the LimeSDR mini

Obviously they're not nearly at the quality of calibration of the Tek, but for someone trying to do basic analysis of a WLAN antenna should be more than enough.

PocketVNA doesn't cover 5-6 GHz (and 2.4 GHz is close to useless for anything but close-range devices)

True... Good point on that one. My memory has failed me here - I was positive the LimeSDR family covered the 5 GHz band but it doesn't. You need to go all the way to an Ettus for that. Still better than $12k used for that Tek!

I'd definitely get a proper point to point link.

I used to use a Yagi antenna outside to establish a short-range link between two OpenWRT routers, acting as an Access Point (WPS) and client (WPS). It wasn't exactly reliable due to so much interference on 2.4Ghz, particularly during the rain. I couldn't get a 5Ghz link to work at all.

Then I moved to a couple of Ubiquiti LiteBeam 5AC 23 devices which run on 5Ghz and I was able to get a 200Mbit link, even with one of them behind a thick double-brick wall and partially obstructed with trees, rather than mounted to the outside of the building as intended. Mounted in the clear on the wall at both sides, you should get twice that.

I put the OpenWRT router on the other side of the link as an Access Point, it boosts the range of my WiFi dramatically.

Its infinitely more stable than my OpenWRT solution as Ubiquiti use a custom WiFi protocol intended for outdoor use. I've even used Steam in-home streaming across the link, which is more stable using ethernet into the other end but still works well even over WiFi.