I'm using a Totolink A8000RU, with MT7622 soc, and latest snaphot r19138-4ecf8346c0
i noticed since i'm using openwrt on this device that going in the Switch page in Luci takes a few seconds untill the page is displayed.
I started HTOP while doing it and just discovered that this command line was causing a big cpu load :

and it disappears when i quit the page.

is this only on my device ? or all devices have the same behavior ? 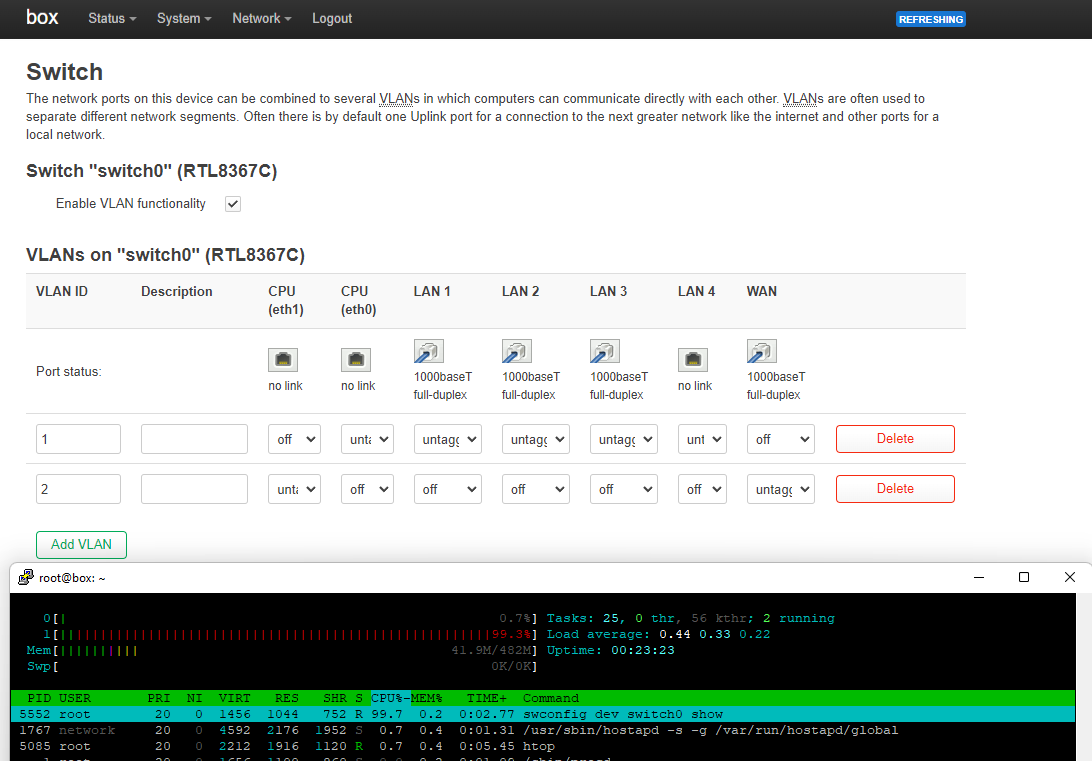 is this only on my device ?

Most devices with switches will need to run that command to display on the web GUI.

all devices have the same behavior ?

It's using one of your 880 MHz processors to load. What happens if you run that from the command line?

It's using one of your 880 MHz processors to load. What happens if you run that from the command line?

When i manually run the command line, all the data are displayed, and while there is nothing more to display the cpu load goes to 60%, then 100% , and finaly i have the new prompt.
So the high cpu load is at the end, i don't know what it is trying to do, but all the necessary data are displayed immediatly. 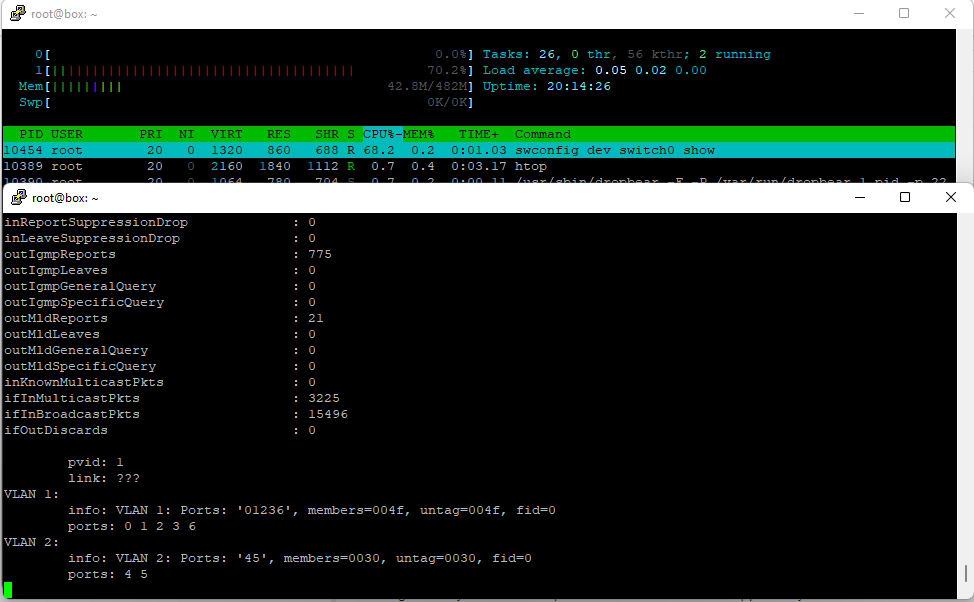 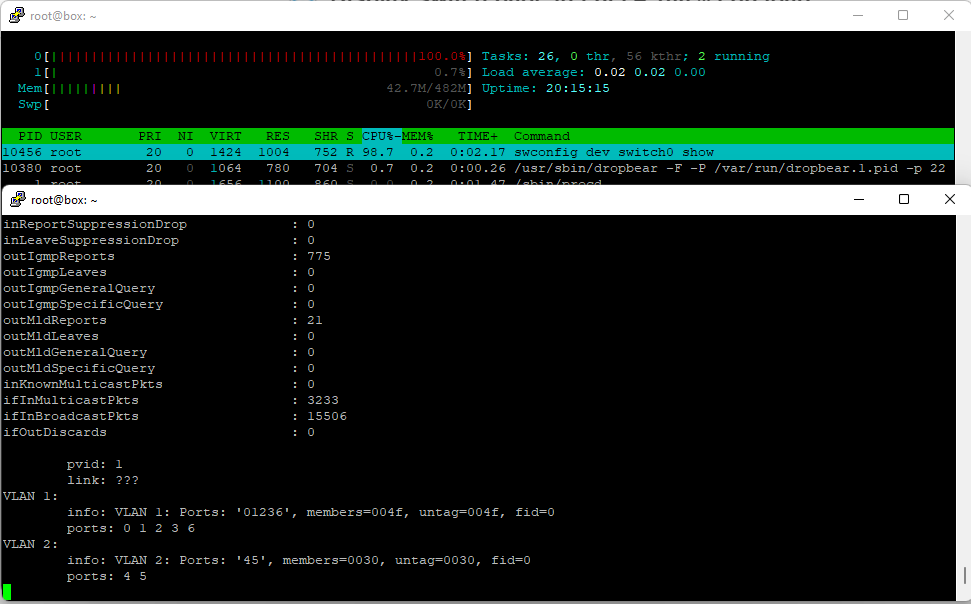 And finaly i have the prompt, the command line finished running, back to 0% cpu load.
in the screenshot you can see it's not the same CPU# used, it's because i had to run the command 2 times to take the screenshots

obviously it's the same CPU# used in all the steps.

Iirc it is a bug in the swconfig cli. It internally iterates all 4096 VLAN table slots in a busy loop instead of only inspecting the configured ones. Most likely not even a bug in the cli but in the switch specific backend driver.