Well, almost two weeks after posting this, and two more weeks struggling before the post, I've finally cracked this nut. My first mistake was assuming that by creating a bridge with all the ports, and then defining the VLANs on top of that will work. I mean, it did, to an extent - wired devices could get DHCP, and communicate with each other, but bridging that with a wireless AP did not. Devices connecting to that wireless network received no IP, static IP didn't work either. The breakthrough …

just bare in mind 'ip addresses' are an 'interface' level construct (L3) so using a list or any other previous syntax is still probably valid...

if you draw a very simple diagram of what you want... and uci show network at it's defaults... it will be easier for people to answer...

Thank you @anon50098793 . I will post the screenshots and a diagram. To get my main theoretical question out of the way, if I have a VLAN 10 created using DSA on lan0, and I also want to create a virtual interface using the lan0.10 format in the same config, wouldn't these two collide? as creating the lan0.10 will also try to create a VLAN 10, which I already created using the config device, and config bridge-vlan options.

it all depends on how you structured the above...

there is not really a collision... rather constraints regarding what device you attach the logical upper-layer 'interface' section to...

some methods may be more versatile than others...

Sorry for combining the questions, I will now post them one at a time. Here's what the first requirement is. In terms of configuration, how will the config at /etc/config/network look like? (One with a VLAN, one without)
I assume I need to create virtual instances of the WAN interface and assign them IP Addresses? These IPs shouldn't be bridged as they should stay separate, that means creating multiple VLAN bridges for each one? 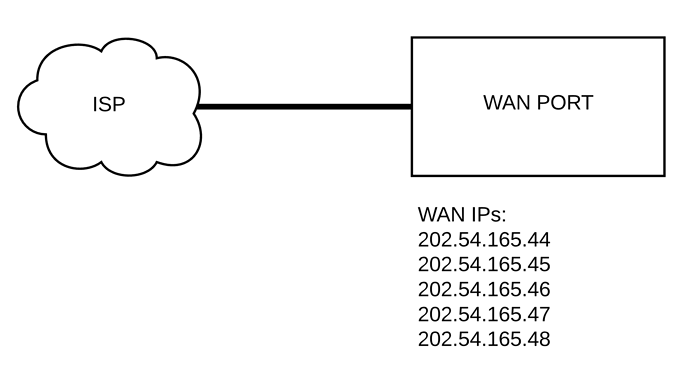 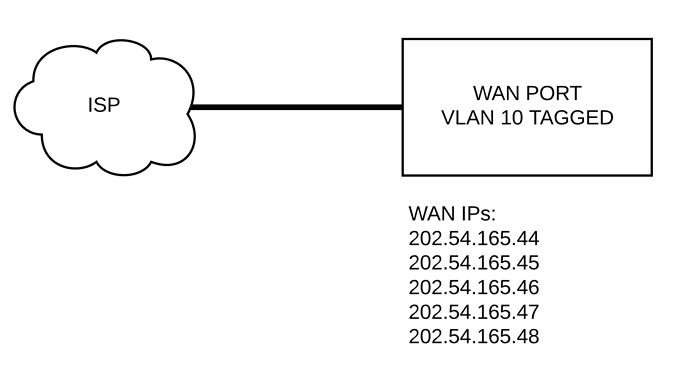 your wan is interface is or is not dsa?

while it's possible to assign these ip's to the router (preferrably subnetted again)... a typical configuration will involve taking only one and using the rest downstream...

Yes, it is DSA