I've recently decommissioned a Cisco Meraki MX68W and was hoping to see the state of Open-WRT for this device. I found this in reference to the MX60 (https://github.com/openwrt/openwrt/pull/3996)

Can anybody tell me if they know any more, for the MX68W specifically e.g. will an open-wrt build work? If not can i provide any info (as i have the device) to the community to help with the creation of an image or support for Open-WRT.

Hi, this is not a currently supported platform and from a quick search online there are no available specs.

This means there is no existing image and it's not possible to say if the platform is supportable. You will need to identify the SOC and all supporting components to begin building an image.

As you have the device you will need to do the image creation yourself. Start with a similar device if one exists.

The platform is Freescale's Layerscape ARM - I think LS1043. Secure Boot is enabled, but that hasn't stopped others in other situations.

I have an MX67. In FCC filings, the MX68W has much more stuff on it. @coliflower88, could you please tear down your board and give us some more detailed photos than those from the FCC release?

There's an FPGA on the MX6{7,8}{,W}, which it shares with the MS120. It looks like this is used to verify flash? This might be the way "in" to the platform, though it may also be why the platform will be difficult to defeat.

The FPGA and its role on these boards are called "Aikido" by Cisco (not just Meraki). This FPGA ("SmartFusion2 Aikido Security Chip") is integral in securing the boot process.

Microsemi on the contrary offers non-volatile FPGA SoCs, which means that the FPGA is ready to be used directly after power-up and there is no configuration of the FPGA from external memory as is the case with standard SRAM-based FPGA SoCs from Xilinx and Altera. Hence, the threat [posed by a compromise FPGA] is imminent from the very start of the system.

To summarize the above cases, whenever the FPGA is configured early during the boot sequence, and this is often the case, a secure boot process can be compromised by a malicious core in the FPGA ...

Hi, thanks for the responses - i've taken some internal shots of the board which might help the community. So what would the logical next steps be, to try similar access methods that were used on earlier models? Due to restrictions apparently I can only post 1 image per post, so will upload each one individually 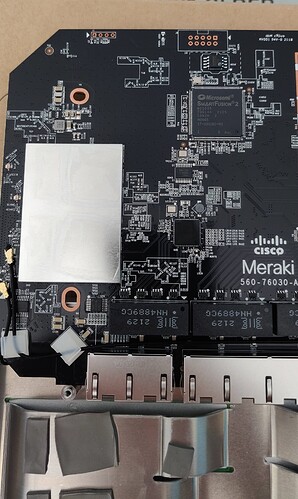 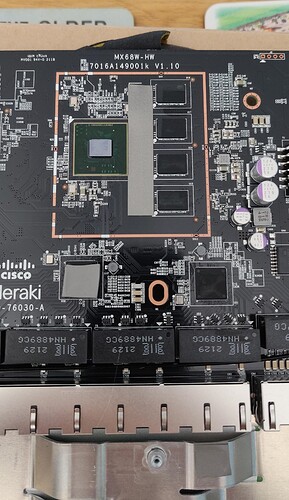 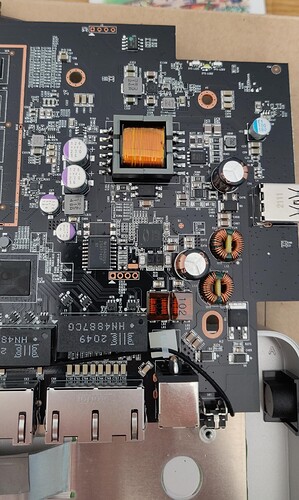