Hi, I have the 1.0 version of the BT Home Hub, I adore the nostalgia of it as it used to be something that fascinated me when I was 6 years old as my Gran has BT Broadband, Anyway I am allot older now and having one my self now i am older and can experience it a whole lot more is lovely but it isn't perfect, I have it on and the phones synced however only 3 of 5 lights are on and I cant find anyway to get them to come on so I was wondering if with your extensive knowledge you know I way I could get the Internet and Broadband Light to come on even though there is no connection, In Telnet there is a setting which allows you to change the lights thats how I got the Phone light to come on however no matter what I try I cant get the Broadband and Internet light to stay light and I really want it to be perfect! Really hope your can help. 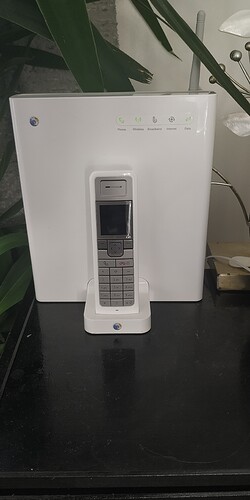 What's the intented use case?

If you just want blinkenlights, gut it and install LEDs as you want them.

As you mentioned, you apparently aren't even using its ADSL2+ modem, nor have an internet uplink - and from "Telnet there is a setting which allows you to change the lights thats how I got the Phone light to come" I gather that you aren't using it for your phone(s) either, so as far as I get it, you only use it for its decorative value <-- gut it, put blinking LEDs where you want them, problem solved.