It would appear that source development has incorporated GPT support since around 2012 but I cannot figure out whether uboot in downstream has GPT support and if not that being the reason the boot fails?

never heard of that loader. which device you said it is?

nvm, just saw that it is filesystem in question (or whatever related to ssd), why hiding output, if i didn't click accidentaly on first line i'd never thought there was some info posted..

uboot has not trouble with btrfs (through btrload), which is a filesystem.

GPT = GUID Partition Table, which is a different kettle of fish.

would be more of a red herring in that case

Yep, currently there is no proper GPT disk support.

but that relates to placing/loading the OS image and not booting itself though.

However, with the u-boot implementation in OpenWrt this seems to be absent since it prints

From that build conf it is not cleat to me whether GPT support is explicitly excluded (=N) somewhere or just not enabled and the default build conf does not include it.

But sadly it would appear that GPT support is lacking.

Would appreciate if a developer could be obliged to enable/implement u-boot support for GPT in Master & 19.07, with MBR being sort of legacy and its issues/limitations.

If it is a space concern at least for the targets that can cope with it, e.g. mvebu & x86.

If not mistake it requires the compile conf

There are only clearfog and uDPU as devices for the mvebu uboot target...
I assume you don´t have one of these?

The x86 I just added carelessly in light of Installing OpenWrt x86 on GPT disk but then they would have GRUB instead - me bad....

Then i would suggest sending a patch to the U-Boot mailing list...
OpenWRT does use the mainline sources for this target.

If it´s mainline, you have to bump the used version on the OpenWRT source:

You can also create a patch only for OpenWRT:

If I had the capabilities of submitting PR I would likely have done so instead of making the request here - which I was told is the way to go...

I would try forum.openwrt.org, asking politely someone to create patch or pull request which is the right thing to do anyway.

I would try forum.openwrt.org, asking politely someone to create patch or pull request which is the right thing to do anyway.

You were already told that OpenWrt does not maintain this. It's pulled from the source. See: https://gitlab.denx.de/u-boot/u-boot/

You were already told that OpenWrt does not maintain this

That would be highly appreciate and I would love to do so but at the moment I do not have access to a node with compiling capacity... 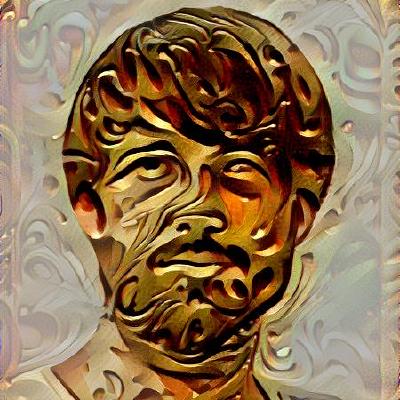 If you approve that this config symbols are sufficient, i will create a PR.
The symbol CONFIG_PARTITION_UUIDS is inferred from CONFIG_CMD_GPT.

This are the simple steps:

I would likely have done so

Well so you know, I would've sent a message for you on GitHub (as I have an account), but the U-Boot repository is hosted elsewhere.

but consider the timeline/sequence logic here

OK, I would have:

There's an email address, so I'm lost why you refused to email the developer directly - as opposed to making posts here. Nonetheless, I'm glad @juppin was able to assist quickly. (I haven't got thru account setup yet...)

That patch looks good. I just have no access to a suitable build system.

I'm lost why you refused to email the developer directly

Seriously? Where did I refuse to contact the developer and I am not sure how you are inferring such? All said was

Sending an email to the developer and submitting a patch are not necessarily the same.

Sending an email to the developer and submitting a patch are not necessarily the same.

True, I honestly felt the only difficult part was making an account; so I apologize for the inference.