After a sysupgrade you can restore the setting backup file you generated before the upgrade from Luci's System → Backup/Flash Firmware page.

OK, i flash Lede FW. This work. Than i flash backup from lucis system.
And router break down... 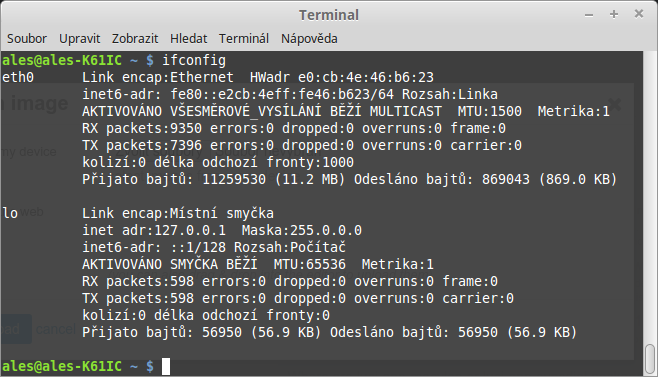 If there is too wide difference between the old and new version, the old system's settings will not work properly. Likely some network settings have changed too much in between.

You will likely need to rebuild your settings from scratch.

How to rebuild settings?

How to rebuild settings?

By editing config files in /etc/config manually, or by using LuCI GUI.

You can e.g. extract the backup .tar.gz archive with an archive tool on your PC and look at the config files to see the old config as a reference.

Tomorrow i try conect over serial like this: https://www.youtube.com/watch?v=t35Pei_eb6o
maybe the only possible solution....

Here's a thing you can still try:

Ping is not reached at all... 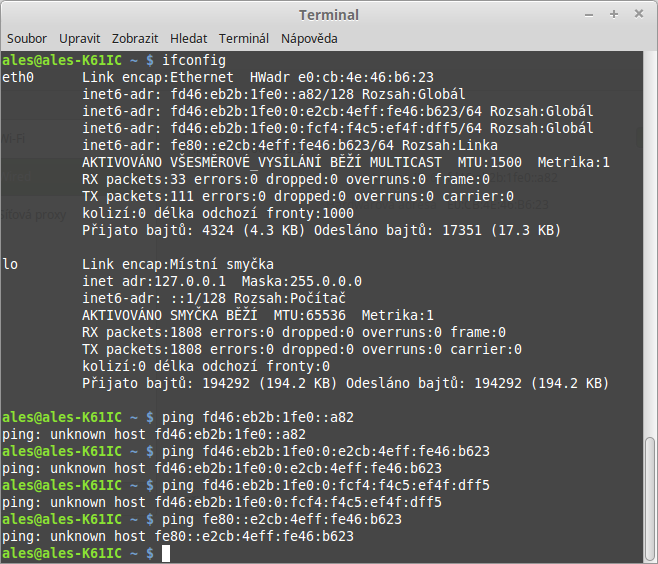 You need to use ping6 not ping.

Some addr. ping work. All addr. ssh not work. 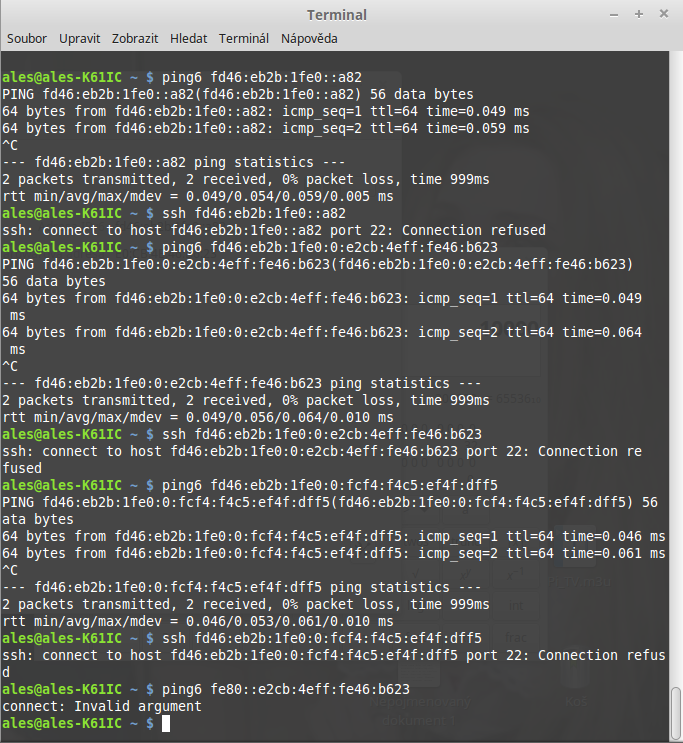 For addresses beginning with fe80:... you need to append a scope id, %eth0 in your case. Also you attempt to SSH to the IPv6 addresses of your pc, this is not what I meant. 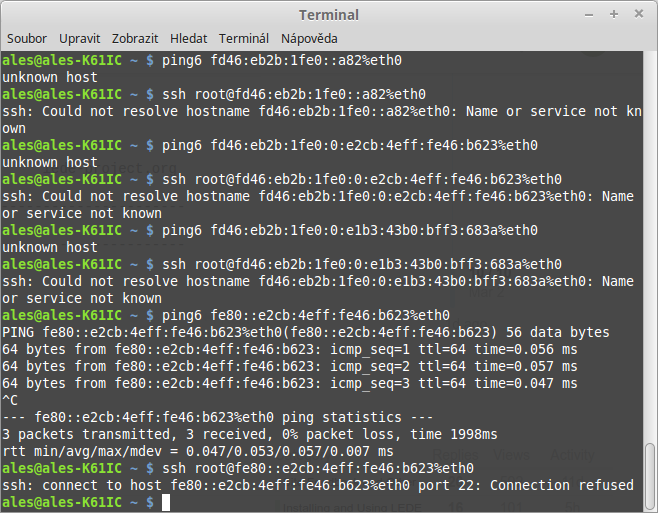 No, you need to ping exactly ff02::1%eth0 - this is a special multicast address which pings all active IPv6 hosts in the segment. You will then get a reply from each of these hosts fe80:... addresses. 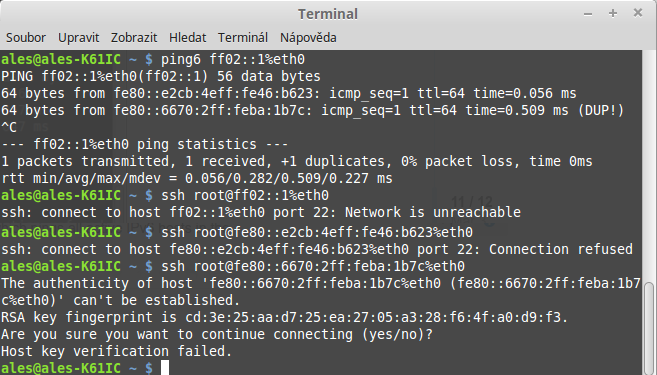 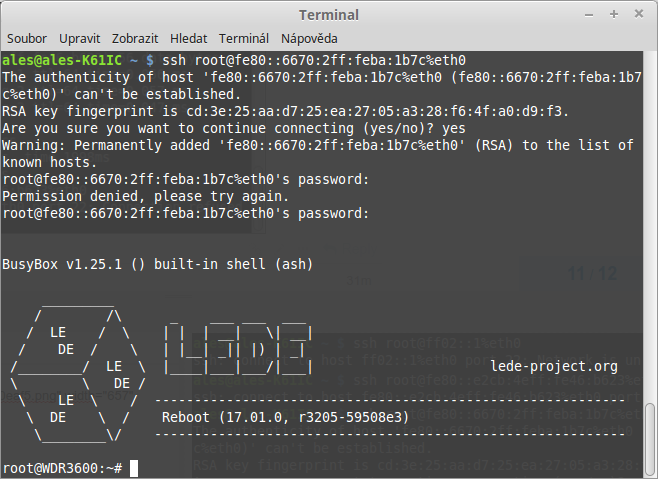 Can I use command ??

Plain firstboot should be enough to clear settings. ( I have never unmounted overlay first.)

Yes. It asks confirmation, and then you do a reboot

I did it and reboot.... all without change

// i find this command, it is good idea?

// YES its work. Thank you for all

//Please ADMIN, can you add information for other peoples?
https://lede-project.org/docs/guide-quick-start/start#coming_from_sysupgrade