Attached wifi devices connect to Internet but not the router

I have followed the instructions for creating an image from Pulpstone-OpenWRT on a Raspberry Pi 3B+(here https://www.youtube.com/watch?v=3pazd8m1SyU) and it seems to be starting to work.

I have got to the stage where:

However, I am finding that the router itself doesn't seem to be able to reach the Internet. By that I mean that if I use ssh to log onto the server:

Any ideas why this would be happening? 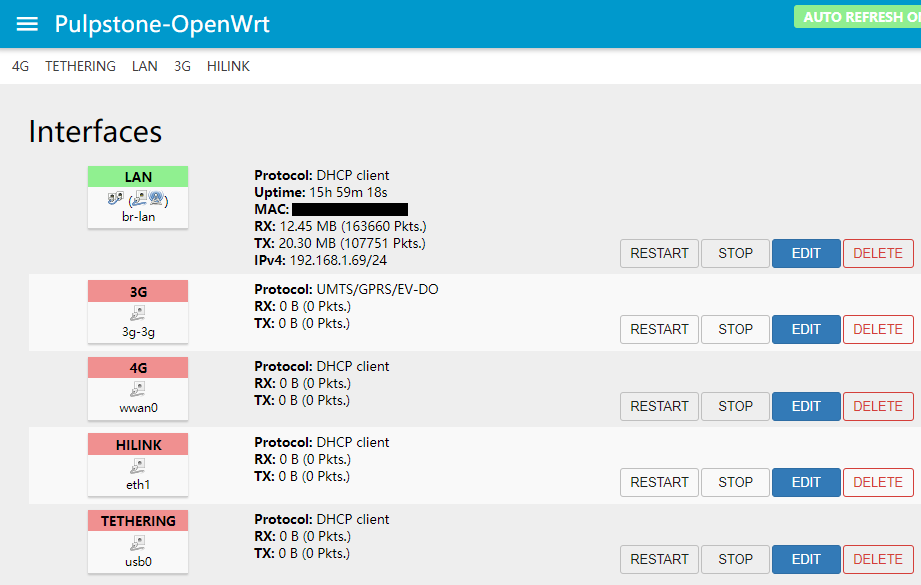 For some reason the default route is not installed.
What is the lan configuration?
uci export network

Thanks for your help with this Trendy. I decided to make an image of the microSD card before doing anything else which meant shutting the R Pi down. Having made the copy I then re-started the Pi but couldn't make contact with it except by SSH - the most likely cause being a network issue. I therefore went through the process of getting back to the original Pulpstone image and when I did this I could see the Internet from the R Pi as well as attached devices. I therefore think I must have screwed up somewhere!

Anyway, this gets me one step further on. The reason I needed to access the Internet in the first place was to install enc28j60 so that I could run a second Ethernet port but now I can't get that working for some reason so I guess I had better start a new thread for that question!