I have found two used archer c7 units for 18$. While v4 unit is working as expected, the v2 unit has all LAN on static green even when there is no cable inserted, see picture. The star led and both wi-fi leds are blinking non stop.

Is this beyond fixable, since computer detects no ethernet connection via any of the ports and resetting via button brings it back to the same condition. 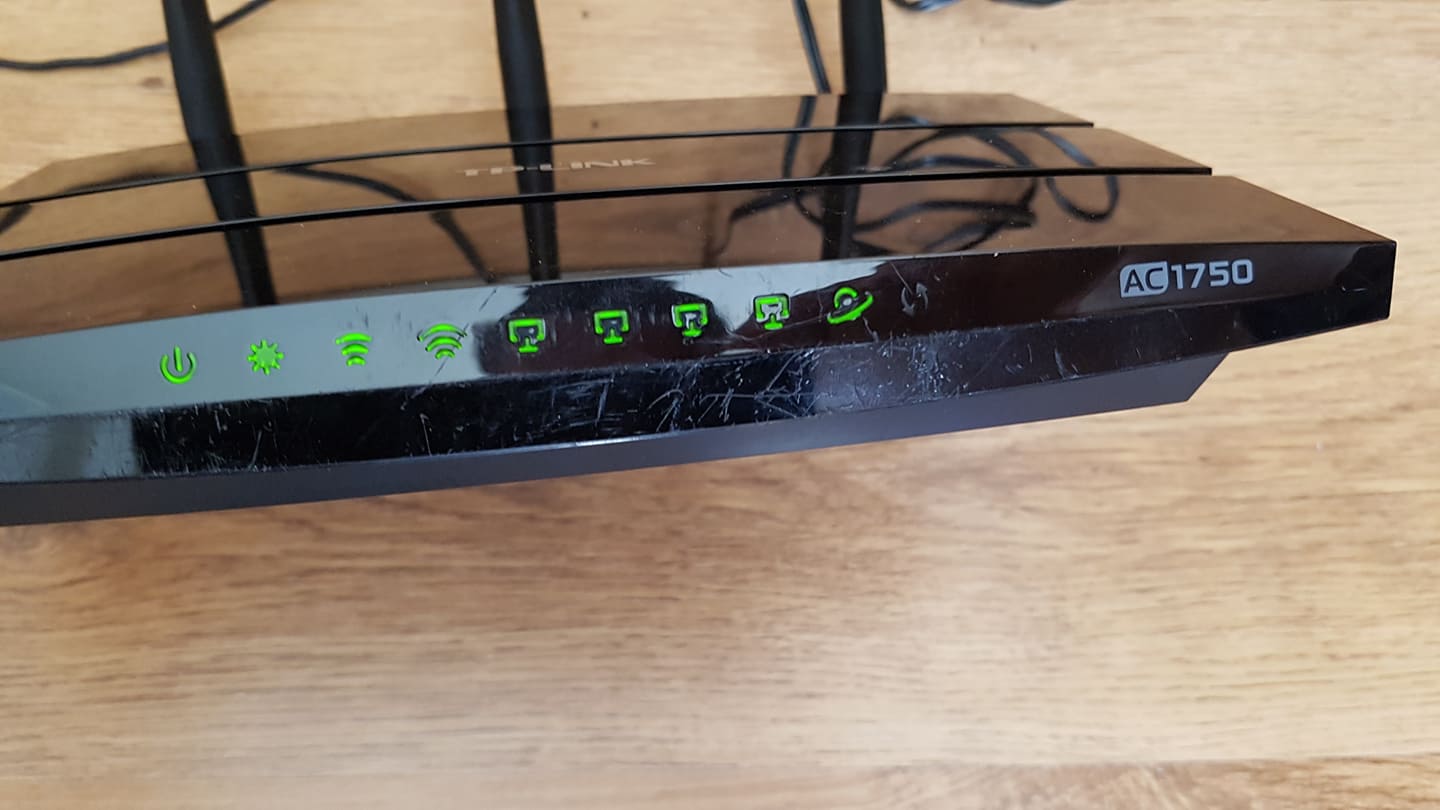 I’d first try flashing with TFTP. If that doesn’t work, you can try to open it up and get access to the boot loader over serial.

Edit: If the Archer C7v2 doesn't go through its "light test" sequence when first powered up, your chances of success seem small.

I would think the LAN and WAN port LEDs would go out rather early in the boot up when the bootloader initializes the switch. So that's not good. Having the switch chip blown up by lightning is rather common.

You could try entering bootloader TFTP mode by holding down the reset button while turning on the power and keep holding it for several seconds. Most of the LEDs should go out in that case.