Any one? MiniRouter with OpenWrt installed?

After learning that my TP Link C50 V2 is dead in the water in terms of alternative firmware I decided to do a little research. I came across this device. 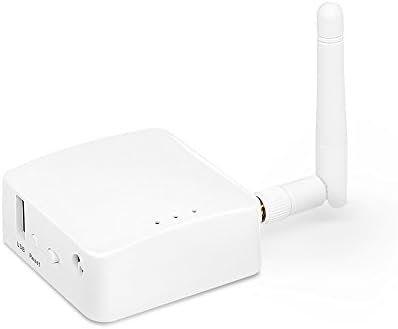 I really don't need a full fledged router for this purpose as it will primary serve as a wifi access point for smart phones in my residence. The ISP supplied router is fine for a router but it's WiFi is not so great.

Then click on "I have a router and want to know if it is supported by OpenWrt".

Then scroll down to (at time of writing) line 426. That number may change if the devices change, or if you change the sort order.

Then click on the link for "gl-ar150" towards the right of the table.

I prefer the AR300M-Lite at a comparable price, as it uses a more powerful chipset with greater capabilities and has more RAM.

I'd also look at the MT300N-V2 and the new VixMini -- I just haven't worked with any of the MTK chipsets. Of the two, unless size is a concern, I'd go with the MT300N-V2 as the internal photos I've seen indicate better antennas in that unit.

GL.iNet's OEM OpenWrt is recent and solid. It is mainly utility packages on top of OpenWrt, from what I've seen. LuCI is available as the Advanced settings.

U-Boot is full featured (based on pepe2k's work, as I understand) and can be accessed from a browser, at least on the AR300M-Lite and AR750S that I have.

Judging from the hardware specifications, I wouldn't quite call it "dead in the water in terms of alternative firmware" - all of it should be supportable, but it will need someone to actually look at it and do the porting work (this someone might be you). The only problem with that is that there are by now three newer hardware revisions sporting Mediatek hardware replacing it, making it not too likely that anyone interested will actually still get their hands on a v2 device - and it doesn't really help that the device only has 100 MBit/s ethernet ports, which isn't that attractive combined with 802.11ac wireless. But other than that, it looks like bog standard ath79 (ar71xx) hardware with ath9k+ath10k radios and sufficient (but low-end) hardware specifications.

Do any of these small, cheap, two NIC-port devices have AES-NI (faster OpenVPN performance) built-in?

I have a gig speed connection from FIOS, and am upgrading my WNDR 3700 due to slow VPN throughput. Can one of these devices give me more speed than, say, an R7800?

@AndyInNYC I really don't quite get how you come to this conclusion.

This thread starts with a particular unsupported/ low-end device and asks about supported mini/ cheap alternatives - which, by the very definition of small/ low-power, will be low-end as well. Your use cases (both mere routing at 1 GBit/s and/ or high-speed VPN throughput) however are on the complete opposite of the spectrum.

In short, no, none of the examples above match your desired feature set - none of them will have noticeabily different performance compared to the WNDR3700.

"AES-NI" is specifically an x86 feature.

Some of the ARM chips found in higher end routers have a different kind of crypto accelerator, but VPN at a Gb would require a lot of CPU even with acceleration.

I know i'm not going to get gigabit speed with almost any hardware I'm willing to buy. Crypto for OpenVPN is getting incorporated into more chips these days; it's often hard to figure out, however, if it is in a specific chip. Low end is often quite powerful these days (like the RPi) - it just depends what you need the power for.

I have the R7800 which I'm just starting to configure; basically, if there is a 'cheap device' which will run OpenVPN faster, I'm willing to use the R7800 just to handle wifi. I don't want to go buy an Intel box to run OpenVPN/OpenWrt because of the cabling nightmare I'd have due to my setup as well as size and cost. If there were an RPi sized and priced device I could stick behind the FIOS router, I would. i don't know of any, and it may not exist (today).

Thanks for your comments

I have the R7800 which I'm just starting to configure; basically, if there is a 'cheap device' which will run OpenVPN faster

There is nothing faster than ipq806x or mvebu (in terms of CPU/ encryption performance, both of these are roughly on par), unless you switch over to x86 or maybe some highend ARMv7/ ARMv8 based[1] SBC/ devboard like devices (which generally aren't very suitable for router tasks).

But this discussion really has nothing in common with this thread and the original question of its author - and we've been over this very same question in other threads already.

--
you need to beat 2*1.7 GHz ARMv7 Cortex A15 (QCA KRAIT300), so currently neither sunxi nor the RPi would cut it for single-threaded tasks like OpenVPN.