I am looking for a recommendation for a WiFi 6 router that is currently supported or has a likelihood it will be.
I've noticed a few Xiaomi routers gaining popularity, but the pictures show they only have 3 LAN ports.

Nothing with 8 ports though.
Tbh, haven't seen many of those around, even unsupported ones.

Thanks!
I found two, but they're based on Broadcom technology, so no go.

Why not just buy a switch that runs OpenWrt? There's many available and they're not expensive.

I am trying to consolidate some devices into one so family members can easily unplug/swap th router in case of failure.

According to that link, it's actually 4 ports...1 WAN port and 3 LAN ports. 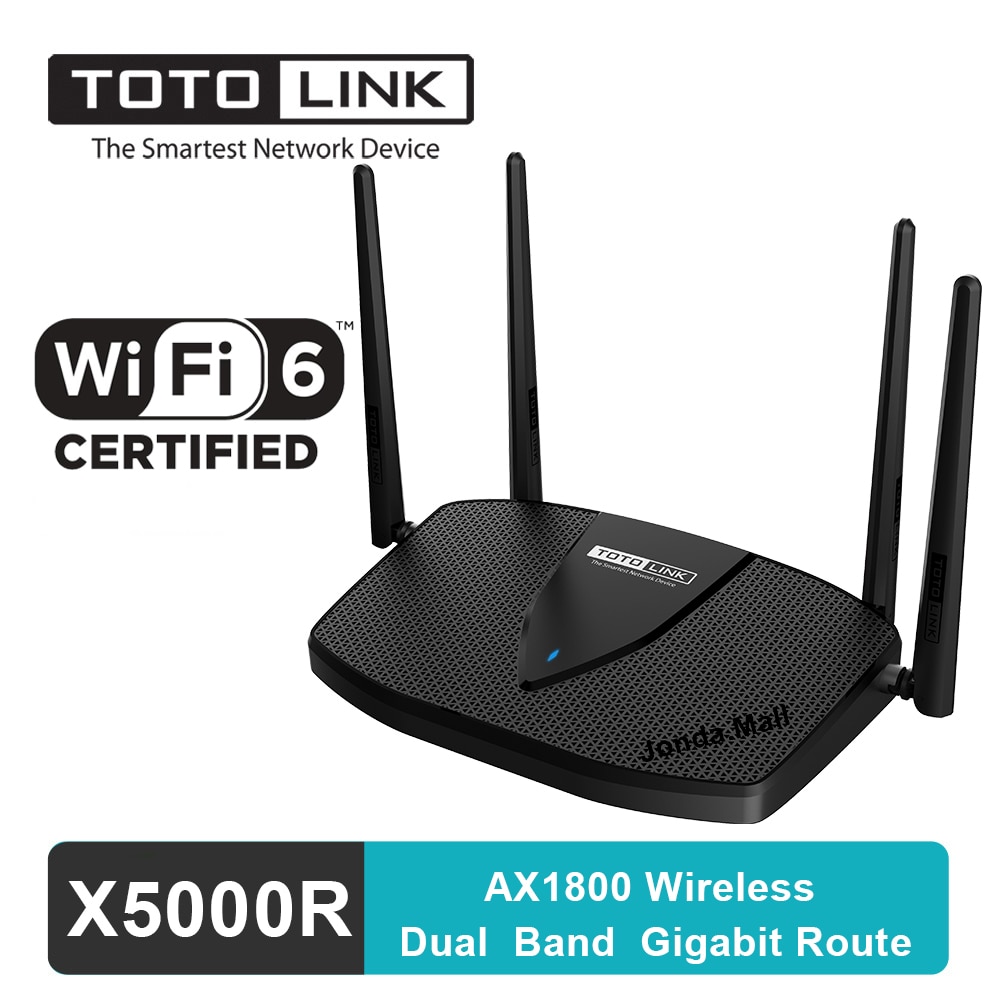 Techdata: TOTOLINK X5000R The development branch can contain experimental code that is under active development and should not be used for production environments. Snapshot images may support additional hardware; however, it is experimental,...

As others have said. Just find a decent router for your usage and get a proper switch to plug everything else into. For one thing full switches will shuttle traffic at full wire speeds vs an internal switch on router that willl be bridged. It also offloads traffic from your router if you are doing internal LAN to LAN transfers. Say for instance backing up pc's to a NAS in the home.

SOHO routers (all in ones) used to be cheaper than buying dedicated kit. Now with gigabit switches and decent WiFi only APs like Ubiquitis are cheap enough and usually far more powerful than inbuild wifi on a soho router. Plus this means you can upgrade your wifi component separately from router or even add more wifi points throughout the house to boost your coverage.

For a small house, a basic soho would be fine. Thats why most of them have just 4 ports. Beyond that? Add a £20 switch and thats another 8 ports, or go nuts and get an ex-corperate 24/48port switch for 100-200 and then you can wire every room in the house with a LAN port.

Think lego blocks rather than all in one. Expansion is the name of the game

I said according to that link you posted.

It has 8 ports. Unfortunately no wifi 6 ax, but it at least supports MU-MIMO.

I am trying to consolidate some devices into one so family members can easily unplug/swap th router in case of failure.

"Each according to their own gifts." — Spock, The Wrath of Kahn

Use two or more devices. An unmanaged switch as the second device be will simple, not need upgrades, and unlikely to fail. Then you're looking at only the bleeding edge router being an issue.

Personally, I use three devices each of which does its job very well:

That means swapping out one component doesn't affect the other parts, for example replacing the router doesn't mean I'll unplugging (read: Jostling!) 22 network wires from the switch or reconfiguring the WiFi.

Especially if your family handles swaps, it makes for fewer errors.

(It also allows more mix-and-match as different technology advances. The switch is ~ 14 years old, the Eero units are four years old, and the router is from last fall.)