Hello. Does openwrt firmware allow to pass broadcast UDP packets from LAN to WAN ports and reverse? I have situation where I had to put router inside local network and divide it to two networks. Both are local networks so there won't be any packets send from outside. PLC controllers on both networks send UDP packets on 255.255.255.255 on 1202 port in both directions. For now of course, it doesn't work.

The wan port is only a switch port as all other switch ports. Then there is some “text” on the plastic box.

If you want the “wan” port in the lan network, then just move it in the switch settings to the vlan you wish (probably vlan1 for lan if you run standard setup).

Sometimes it is like You have said, sometimes it has different hardware construction, separated. I need to separate both subnetworks and allow only broadcasting UDPs over port 1202 in both directions. It wasn't question "how to do?", it was "is it possible to do?". Most standard routers won't allow something like that. There are special constructions which can do this but my wallet is limited to home router price. I tried ordinary switch already and believe me - it is not what I want. If openwrt has no such functionality, then ok, no problem.
In my opinion it shouldn't be moved here, I don't ask how to configure this. Post should remained where i left it, but moderator seems knows better.

Perhaps "relayd" can do this?

I don't have openwrt on device Yet. I don't know what relayd means. Is it some service in openwrt?
And "perhaps" seems a little not enough to look and buy openwrt supported device. The one I had can't be alternated with openwrt.
I have TL-MR6400 r5.2, from list of supported devices the last one which was supported was in revision 5. Is 5.2 also supported?

It's not UPNP but maybe similar, don't know. PLCs are sending messages in both directions on port 1202 with UDP datagrams on 255.255.255.255 address. Datagrams are addressed to any device which use the same protocol and if other devices are expecting such communication they analyze it and use or not data contained in it. I assume mcroute with mgroup are command line utilities I can use in openwrt router?

I see your point, but I do not think anyone can guarantee that it will work with your specific use case. 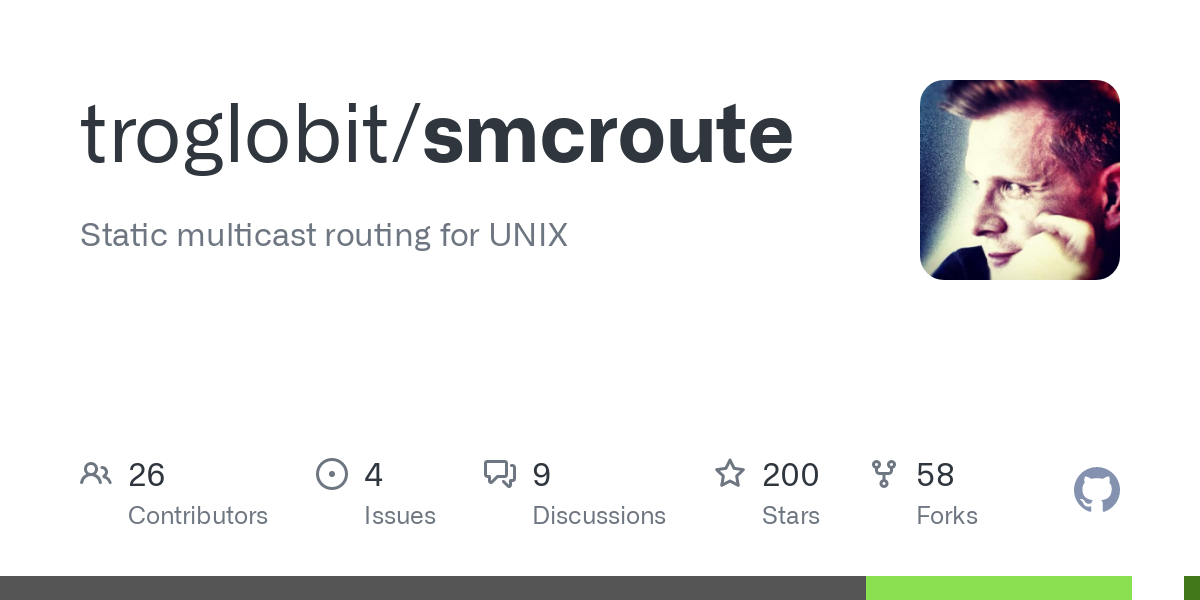 Static multicast routing for UNIX. Contribute to troglobit/smcroute development by creating an account on GitHub.