With the price of 10Gbps networking equipment dropping through the floor recently I decided it was time to add a 10Gbps port to my little OpenWrt router, putting it on the 10Gbps side of my network with my NAS and workstation.

My router chassis is too small to fit a full (or even low profile) PCIE card in so I had to improvise.

There are a lot of Mellanox 'OCP' (Open Compute Project) 10Gbps NIC modules around on eBay now for very little money indeed. OCP uses a propietary connector but is actually electrically compatible with PCIE, you just need an adaptor and a PCIE riser/ribbon to get it into the right place in your chassis.

I chose to mount mine next to the exhaust fan as these cards tend to get quite hot when running. I built a little bracket from some sheet metal and bolted it into place using the standard OCP mounting holes. Then I just used some tin-snips to cut an SFP shaped hole in the back!

The Mellanox drivers have just (yesterday) been added to Master, so for now you'll have to build your own from head, run the nightlies or patch an existing release (only one file).

Bit of a mutant, but it works a treat. Hooked up to the 10Gig switch using a Dell 10Gbps SFP+ Direct Attach Copper cable (eBay $10). 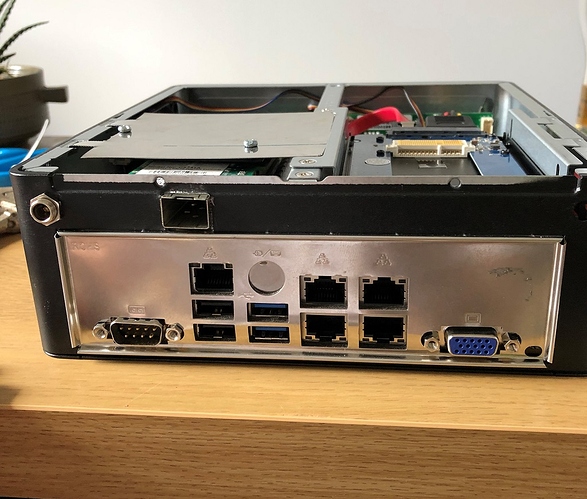 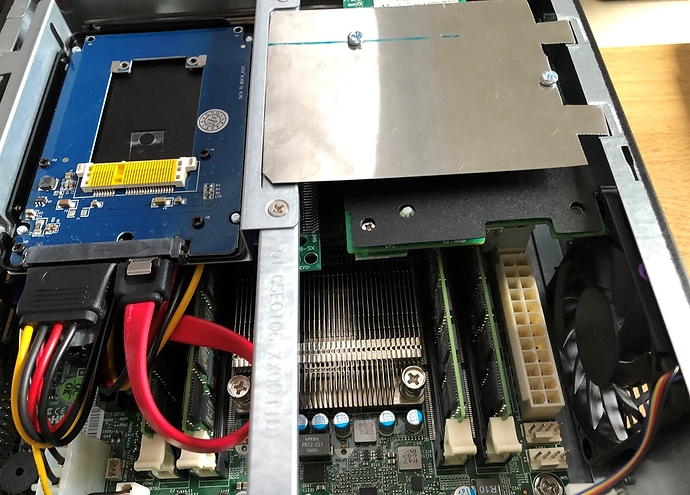 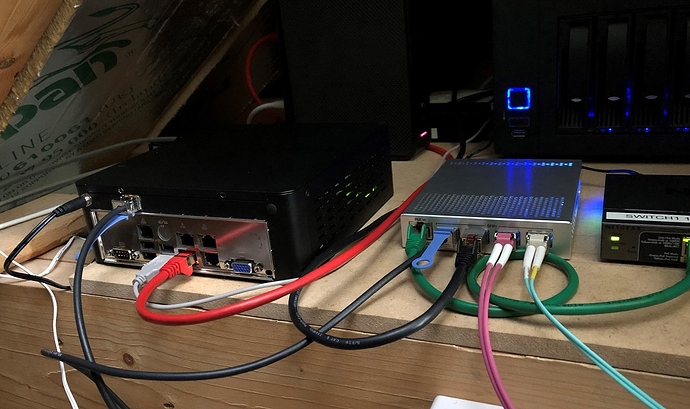 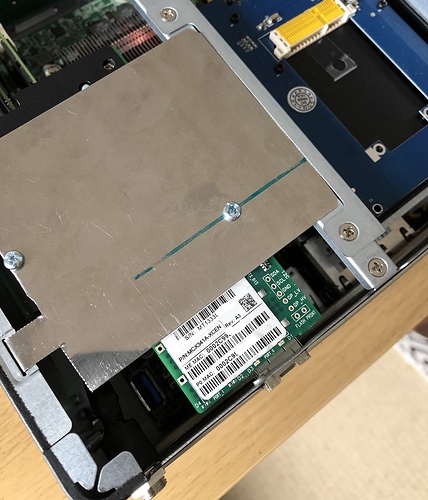 OCP uses a propietary connector but is actually electrically compatible with PCIE, you just need an adaptor and a PCIE riser/ribbon to get it into the right place in your chassis.

Thanks for sharing this! Looks very nice.

Could you give some more details about the riser? I am unable to find any such OCP to PCIe adapters. Did you make this yourself?