Hi, I am a volunteer for a sport where we have an electronic games data system. This runs as a java applet on a host machine. Tablets are connected wirelessly via a Draytek Vigor900 access point and a poe switch and the applet is accessed via the ip address with port 8000. If there is a broadcast stream, I give the broadcast an ethernet connection and they get the score/timing/penalty overlay.

I had a situation whereby I was connected to the broadcast network, which was using the venue's internet to broadcast to the streaming platform. The venue's network management software was imposing DHCP on my network, which also blocked the tablets from accessing the games data computer.

I think my solution of a Raspberry Pi 3 B+ as a router to protect my network and provide a point of connection between the broadcast network and the computer running the games data applet. I am an absolute beginner with respect to this system, my technical background is as a live events engineer, and a medical linear accelerator engineer.

Do yourself a favour and skip the RPi3 for and RPi4 with usb3 NIC or a more purpose built wireless router - and don't consider the RPi's wireless to be suitable for anything.

I'm hoping to get some budget from the sport's global governing body for a second hand enterprise router, but in the mean time, I'm working with what I've got to hand

Write the image to a micro sd card, add the SD card into the pi and power up.
It'll boot up with the IP address 192.168.1.1
I usually set my laptop to 192.168.1.10 or something, then hit up 192.168.1.1 in the browser. From there it's about configuring. I'm very new to this myself but do have an IT background - but most things can be googled.
I set the LAN to DHCP initially so it can be a client and get Internet access. (Network/Interfaces/LAN/Edit). Save and apply - you'll need access to the DHCP server (usually your home router) to figure out the new IP address.
Once your in with the new address, System/Software/Update lists. then use the filter to find the USB and install drivers. You need the chipset details to get the correct drivers.
Then back to network/interfaces/devices to see if the new eth1 has appeared (the USB ethernet).
Set that up as the WAN device.

To do the initial bit (burn image to micros SD card) - I use the Raspberry Pi Imager and just choose the custom image option, and browse the OpenWRT image I just downloaded.

I had a situation whereby I was connected to the broadcast network, which was using the venue's internet

Can you elaborate on what is "broadcast network" and what is "venue's internet"? ELIM5.

Given the number of posts can we have a picture of the pet rats?

Sorry - the broadcast team need to connect to my lan to get access to the score and penalty information overlay for the live broadcast.

Venue's internet is the managed connection that the venue has to the wider internet. My current setup is a poe switch powering an access point, and a laptop connection. Officials during the roller derby game have tablets which they enter penalty information and score information into the network.

At the venue we were at, the broadcast team were connected to the venue's network to stream the games to the hosting platform. This meant that when they connected their broadcast network to mine, I did not have a DHCP setup running and it then imposed its control over my network.

As it stands, I've managed to get the raspi working and I am able to connect to the server through the "router" 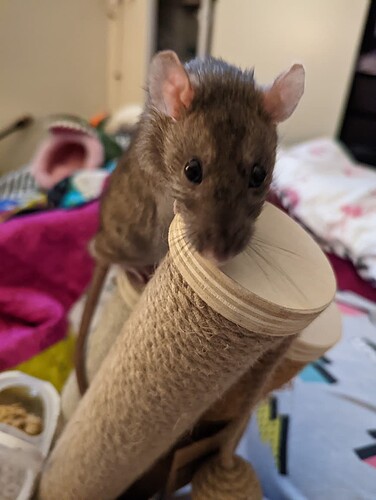 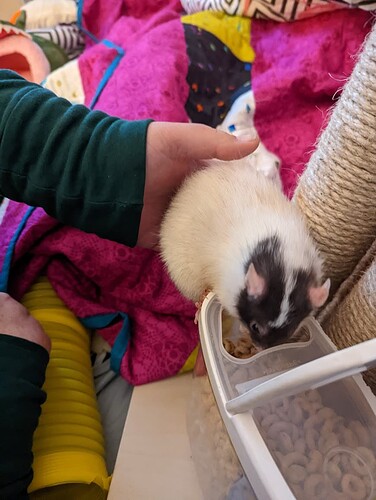 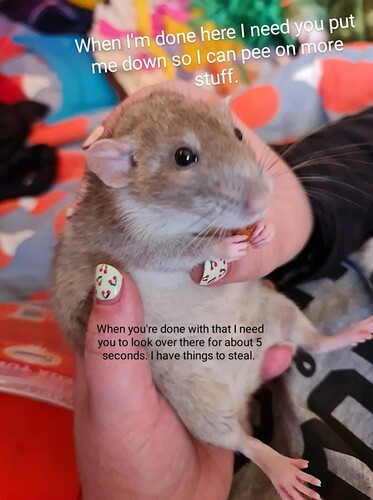 So cute - surely a first for this forum! Best wishes with your project. @exokinetic might be interested in this project given what he is up to, see e.g. here:

possibly related to the total transmit power available to the tower at max user density it may be limiting transmit power to the the towers transmit radio's I have noticed the same with my setup; Teltonika RUT240 Category 4 LTE Modem (using external antennas) -bridge mode Into the WAN port of an ASUS rt-n66u running latest OpenWRT w/luci-app-sqm and cake-autorate running on the WAN interface -whos CPU routinely maxes out under full load with scripted shaping averaging somewhere around 10…

A zerotrust or "cloud" VPN like Zerotier would be useful for this. The two networks can link up in a limited way as long as both of them have some path to the Internet.