I have finally upgraded my Raspberry Pi4 router from a custom snapshot build to 20.02.1, I have used Image Builder to include the packages I use and most important, the configuration.

My ISP provide a /64 (I know, I know) 6rd IPv6 connectivity that I made working with snapshot.

After moving to 20.02.1 I am getting a really weird issue, I faild the https://ipv6-test.com/ with the attached screenshot, 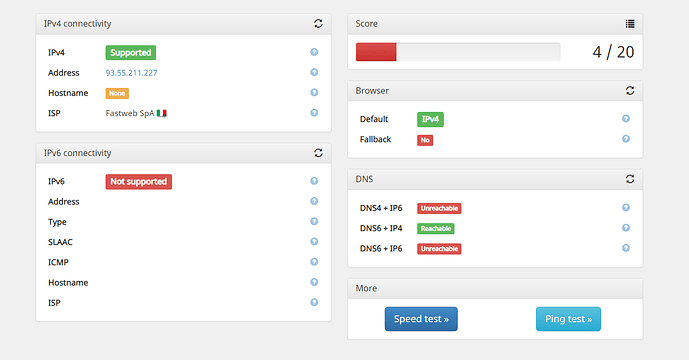 but I am able to ping with IPv6, I can resolve IPv6 host

It is worth to mention I am using ubound as resolver

Can you help me and point where to start troubleshooting?

Ok I found the issue

The Router is not advertising itself as default router, I can fix it adding:

but I am not sure why it is not happening automatically