At the moment I'm in Japan where it's allowed to use channel 14.

Yes, I know that only 802.11b works for channel 14 at a speed of 11mb. I need to set channel 14 for personal purposes.
Router purchased from EU

In the wirless settings, I set the region to japan, set channel 14, and apply the settings.
After that, no device can find the Wi-Fi network, including iPhones and Android devices. Each device is set to the Japan region.

Tell me what other settings need to be set so that the devices see channel 14? 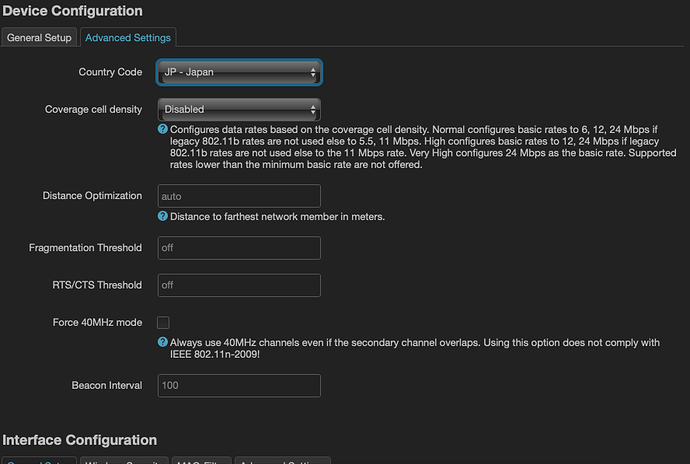 From a regulatory point of view, devices sold in Europe technically (at least for the last couple of years) are supposed to be hard-limited to the frequencies allowed in ETSI. Legally you're only allowed to restrict it even further while travelling, to comply with both the original regulatory domain and the one of your target destination (intersecting both regulatory restrictions and leaving you with the subset allowed in both regions). Depending on the chipset/ firmware/ driver, this might be strictly enforced (as at least ETSI and FCC mandate by law) or may be handled in a more lenient fashion (relying on the software limitations of the OEM firmware), there is no generic answer to this aspect without knowing the exact device in question.

Apart from this, Japan only allows channel 14 to be used using DSSS modulation (802.11b), usage of these frequency is forbidden for OFDM (802.11g and up). If you want to use channel 14, you'd need to configure the 2.4 GHz radio for 802.11b/ 11 MBit/s only (might not be possible by the hardware/ firmware/ driver), it's not possible to use this channel for modern/ faster wireless standards.

We are talking about the device Xiaomi Mi Router 4C.
You see, it may be that the ban on channel 14 is clearly sewn up by eeprom. How to find out?
And a device supporting 802.11b should see channel 14 anyway.

No clue what happens if you have legacy_rates = 0 and you try to use channel 14. My bet is that it will plain do nothing.

It's also possible that the clients are unable to operate on channel 14. (I have a wifi card that was sold in EU but it has the limitations for US in the eeprom, basicaly only channels 1-11, if the AP is on channel 13 legal in most europe it plain doesn't see it, linux or windows it makes no difference).

Yes, I'm using version 21.02 and legacy_rates was really 0. Of course, I enabled 11b support, but my devices still don't see 14 channel.
I also set the Japan region on my devices, which, in theory, should unlock support for channel 14, but for some reason not a single device sees it.
Help, what am I doing wrong?

SSH in to the router and run iw list

I'm located in the US, and this is what I see in the Frequencies section for the 2.4 GHz band, which is correct...

You will likely need to edit the wireless config file in /etc/config and set it to 14.

legacy_rates only decides if your AP interface would allow coexistence with older 802.11b/g devices, it does not configure the AP interface for 802.11b-only itself (which you'd have to do for using channel 14).

--
…still, I can't come up with any scenario where doing that would make sense. Facilitating for an old non 802.11n+ capable client (as in using legacy_rates ), fine - these old client devices might still be useful. But restricting your whole AP interface to 11 MBit/s (of which you might be able to actually use 4-5 MBit/s) sounds more painful than it would be worth, especially considering that the 22.5 MHz channel bandwidth still bleeds into channel 11/12/13 and harms their operation, in which case you could just as well use ch11 or ch13 at full speed (with legacy_rates coexistence and still come out way ahead of compared to reviving ch14).
It just doesn't make sense, any, at all.

Whatever the "personal purposes" are, the OP has been informed of the downsides and wants to do it anyway.

Most IoT devices only support 2.4 Ghz wifi, where if there is a lot of interference due to the widespread use of channels 1 - 11, then it defeats the purpose using wireless system for IoT devices at home. It's still better to use channel 14 @ 20 Mhz on router with a minimum set of Tx Power than using channel 1 -11 with ith a maximum set of Tx power for IoT devices.

The fact remains that channel 14 is illegal to use anywhere but in Japan - and in Japan exclusively for 802.11b/ 11 MBit/s max. If some OEM firmware doesn't follow that ruling is immaterial to OpenWrt - and Japan's regulatory body probably won't care either and fine you nevertheless.