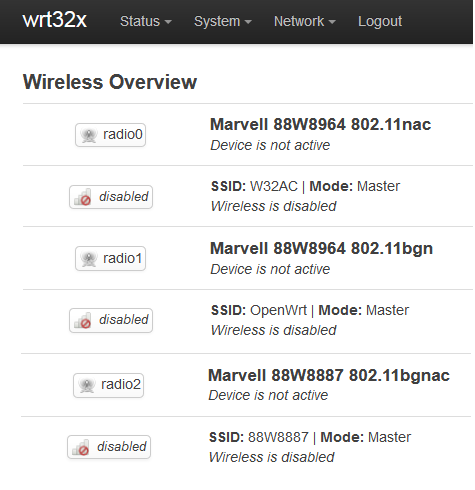 Before I go further, is this normal?

yes, most people advise against using the bottom one there(radio2), but it "kinda" works.

So DFS is this thing

DFS Can Make Your Wi-Fi Faster. Here’s Why You Want It On Your Next Router. -...

DFS, or Dynamic Frequency Selection, is a relatively new technology on select Wi-Fi routers that helps in high-congestion areas. Here's why you want it.

Is it allowed to be used in the UK?

Is it supported by OpenWrt?

How do I set it up or will it just do it automatically?

It's automatic; but I think you misunderstand...DFS is what causes channels to change. DFS prevents you from jamming military/civil radar.

So if it's your concern, the goal would be to pick a channel not governed by DFS rules.

If your inquiry was to use two 5.4 GHz radios, you misunderstood the reason for the presence of the 2nd radio (i.e. monitoring for radar signals).

Well at first I wanted to know which one to avoid

The article suggests DFS can be used but I was assuming it would be some automatic thing that can see I am nowhere near a radar station and use it as needed if I just set to auto.

Radio one had higher AC bandwidth so I will avoid AC3, not that I am even sure I will be using 160MHz

The 3rd radio is currently not used by OpenWRT internal processes for background DFS scans and sounded like not even the stock firmware does that. Its usable at will.

In general do not expect much throughput, the 3rd radio has a single antenna only and less TX power, while radio 0 uses up to 3 antennas.
1 chip is responsible for radio 0 and 1 and a separate wifi chip is used for radio 2.

I a not an expert in WRT, but kind of had the same questions the recent weeks. My understanding so far:
There is although a problem/burden with having/using the 3rd radio in OpenWRT, which is due to the country code situation of the wireless chips in Linksys WRT devices.

In general, the newer wifi-hardware-locked down variants of the WRT routers (the 32x being one of them) has a chip-hard-coded country code on wifi radio 0 and 1. You cannot change its country via LUCI or UCI or command line „iw“. Thats why country specific hardware variants of the 32x exist (EU, US, UK, Asia, probably more). Some pointed out, that some rare country variants still have non-locked country though.

The 3rd radio on the other hand has a separate wifi chip with a freely configurable country, but it requires a special command line to change it, not LUCI, not UCI, not commandline „iw“.
Also there are side effects: if the configurable country of radio 2 does not match the hard coded country of radio 1 and 2, the firmware of radio 0 and 1 will get confused and go further locked down and prevent you from using DFS channels (also 160 mhz channel width only available on DFS channels). Also max TX Watt power is said to go down in this state.

Thats why most people recommend, to simply uninstall the driver of the 3rd radio, as this is another solution, to avoid the situation and since the value of radio 2 is kind of limited anyway.

you are from UK, which seems to have uk als country code. all EU-wide sold variants of the WRT actually use „FR“ as country code internally.

Best is, to check some recent threads from the last weeks in the „installing“ and „hardware recommendation“ section about wrt 3200 and 32x in the forum. There is more details about it and how to change the country or how to uninstall the driver of radio 2.