Has anyone experienced hardware stability issues with later batches of the WRT1900ACS/AC ? We have been using the WRT1900ACS (AU/NZ, same as the AC v2) in accommodation deployments for guest wifi - using LEDE v17.01.2 and wifidog custom bin image. Only recently we have had a run of bad linksys routers - there's been random reboots and the WAN port intermittently dropping its ethernet link (ie as if someone unplugged the cable), the custom LEDE/wifidog bin image has not been changed and all the previous deployments are fine. The issues start when the connected device count gets up over 10. Some of our sites can reach > 50 connected devices. I'm wondering if there has been some change in components that go into the WRT1900 ?

A lot of improvement has been made after 17.X so I'd suggest that you try the master/head/trunk-branch instead.

The WRT1900AC v2 & WRT1900ACS are two completely different devices. They have the same specs, but are not the same device (see Devices in the WRT AC Series ToH).

As to stability, I've never had issues with my 1900ACS, however the most amount of devices I've had connected to it is around 30, but at any given time it's far less for active clients, usually around 15.

It's always recommended to run the most recent firmware for the devices, and to ensure the most up to date mwlwifi driver is installed (garnish version: opkg list-installed | grep mwlwifi).

What you haven't mentioned is that the majority of WRT19**/32** most likely runs master/trunk och not 18.X.
https://davidc502sis.dynamic-dns.net/ etc and pretty much all contributors runs master/trunks so I'd be a bit hesitant about recommending 18.X for the WRT series in general.

@gareth41
Keep in mind that irregardless of what tree you go for always expect that it can brick your device (ie lookup how you recover if needed).

What you haven't mentioned is that the majority of WRT19**/32** most likely runs master/trunk och not 18.X.

I'm not sure what branch @davidc502 builds from (master or openwrt-18.06), however his Build Info page is fairly comprehensive and it's likely on his site somewhere.

Another option if you want to stay on the 17.05.x stable would be to install the updated mwlwifi drivers. The ones you get OOTB on the 17.x images are very dated and with known problems.

As for the 18.06 branch, I'm not sure of what or how things gets cherry-picked. Having a quick look at the branch shows hostap being older for instance which can affect performance. Otherwise driver and kernel is up to date (for the Marvell WRT-series at least).

@anomeome
True although you also have software such as hostap, etc which may impact on performance.

Thanks for all the help, I have always used the ACv2 firmware as I read some years back on the old openwrt forum that the ACS distributed in AU/NZ was actually the AC v2 and to use the AC v2 firmware.
I've got one of the problem routers here: 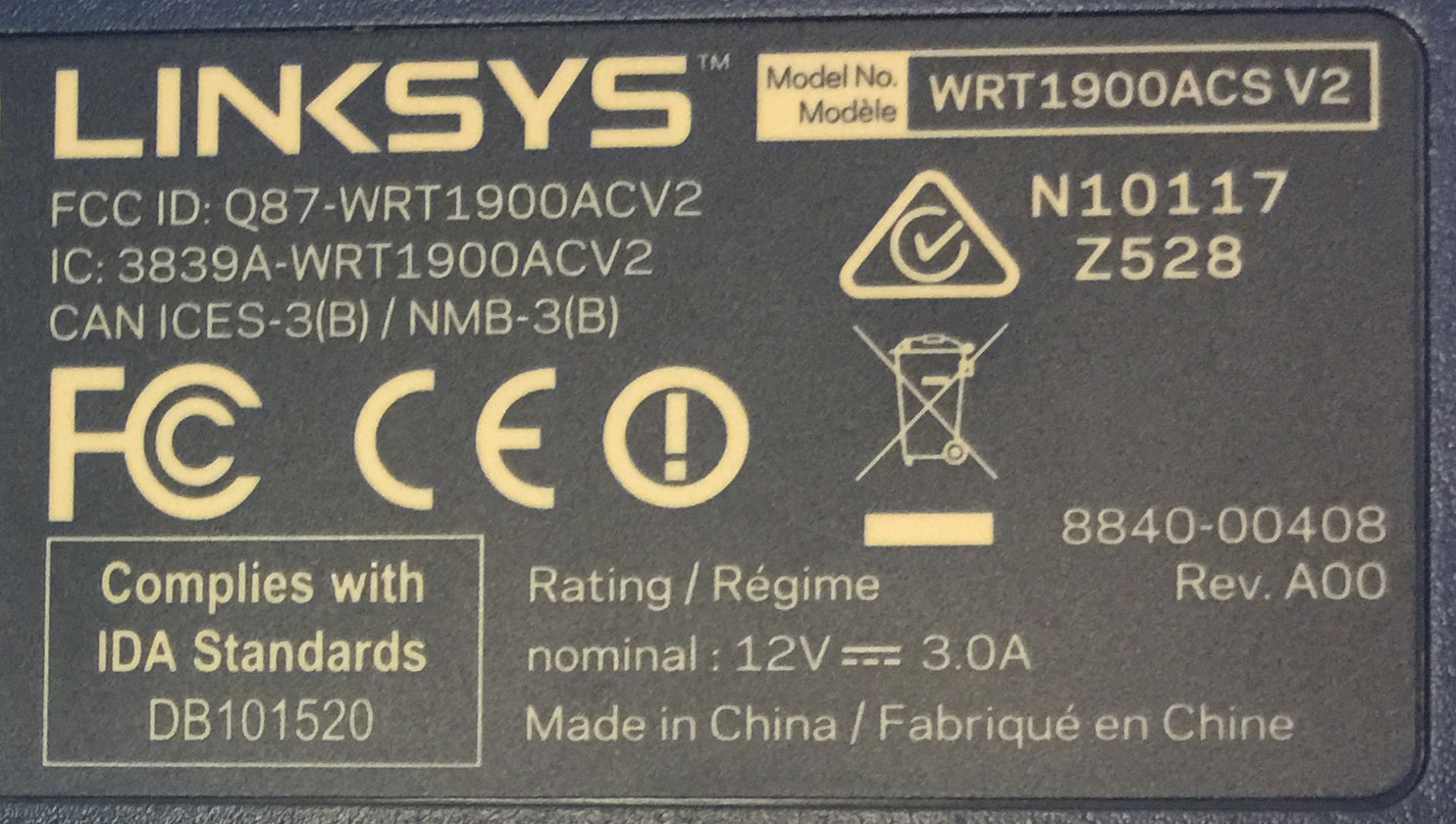 And an earlier one which doesn't have any issue: 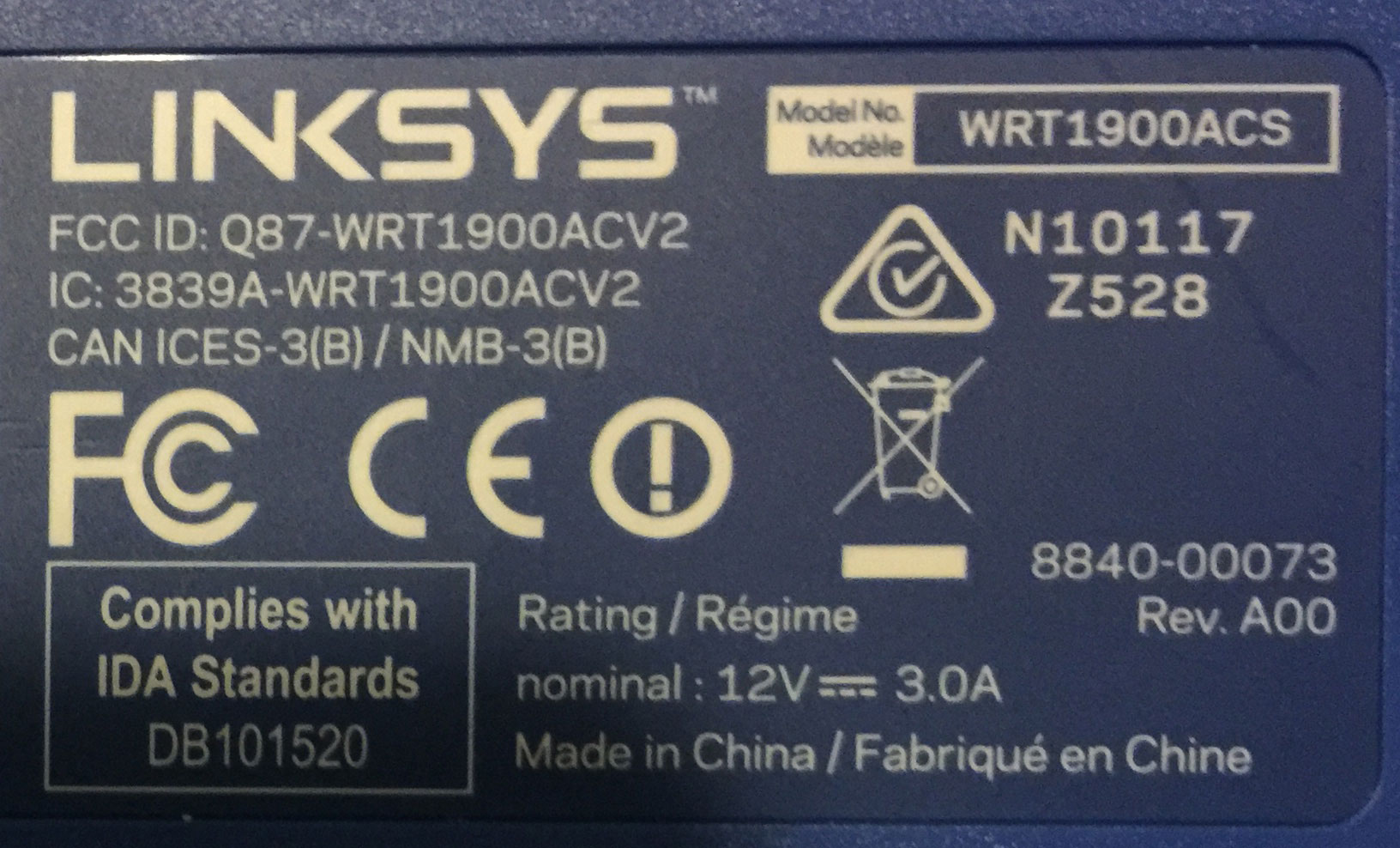 Note the FCC ID is also ACv2 on both. The wifi country code on both of these also defaults to AU on openwrt/lede.

I completely forgot about that... great point =]

There is a difference, but I can't recall what that difference is.

I remember having the discussion with @sera and a few other users in the 1900AC thread specifically about this, as I wanted to do away with the 1900AC v2 in the WRT AC Series ToH, and just have the rebranded 1900ACS, however it was pointed out they are in fact two difference devices, with someone posting what the actual differences were.

...confirmed the board name in /tmp/sysinfo is now showing as shelby, where as when I flashed the AC v2 firmware the board showed as cobra.

Just an FYI, if you ever flash via serial, the ACS's OEM firmware name is still cobra.img / cobra.bin.

The dts files differ between the cobra and _shelby_builds, don't recall the differences as being critical (or involving the radios), but probably best to stick to the right image.

go to openwrt search linksys wrt1900acs v2 compatible for your router after that you can install wifidog.
opkg update
opkg install wifidog
use putty to install this scripts.
If you want to manage routers from cloud use cloudwifizone

I haven't heard of cloudwifizone, however a quick check reveals a lot of spelling and grammatical errors.

Additionally Chrome reports the site as not secure, so I probably wouldn't trust it with any of my customers information.