Anything I can do to correct/adjust this? 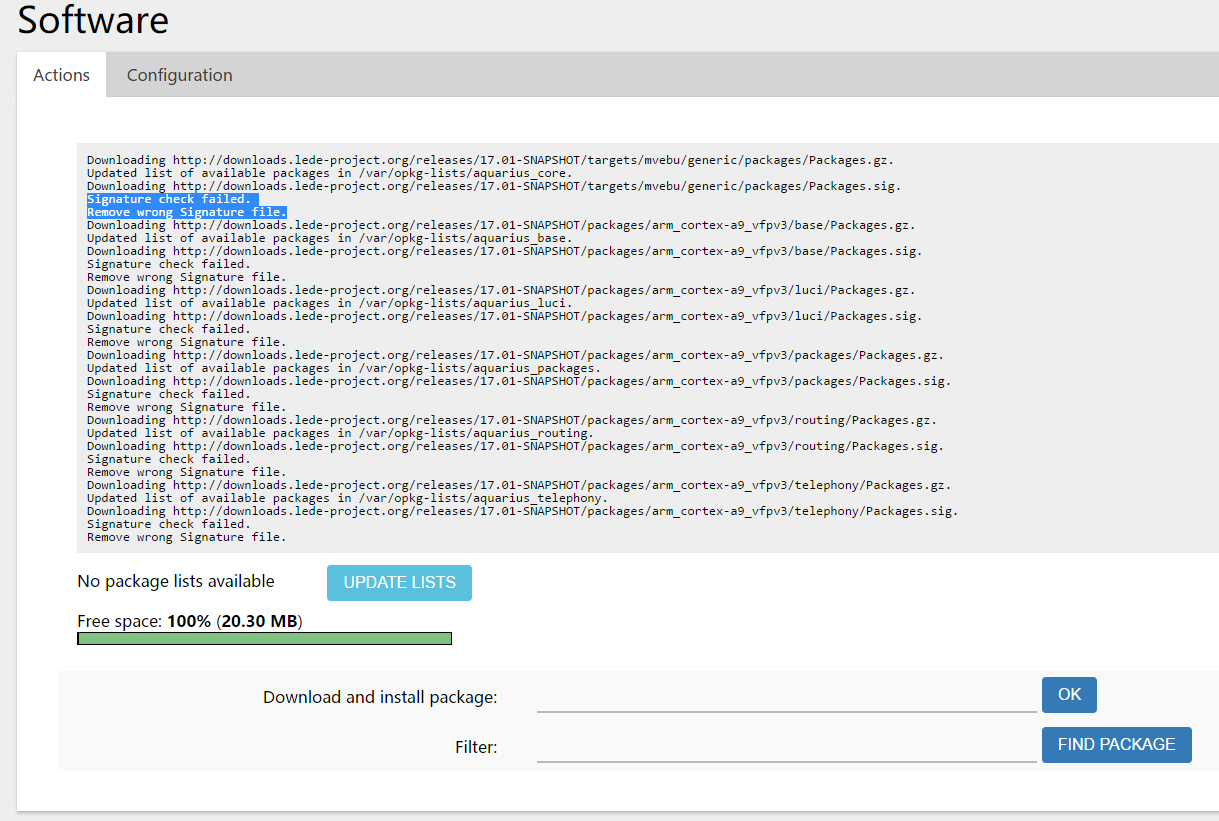 Likely not much you can do right now.
Possibly the new signing key for the release has not been added to the keyring or opkg settings in the branch by @jow or something like that.

This the first LEDE release branch, so some necessary steps may have been forgotten from the preparations.

PPS. What is Aquarius??? Again a new branch/release name for your builds??? Those are a bit difficult for support questions as nobody understands the definition unless he has stumbled upon your build thread. There have already been enough questions about LEDE Capricorn...

Yeah......... Just following the horoscope months of the year with the naming convention ( just trying to give it that personal touch ). I do always add the build number as well to try and give a clear point in the time line.

Thanks for the details about the repo. It all makes sense of course, and hopefully it gets caught up so that it matches and stays in line with the stable branch. Many users like many different packages that would clutter a build to try and get them all in. Giving them the ability to confidently install them down the road is awesome.

All in all, keep up the great work.

Thanks @hnyman @jow , will give it a go. 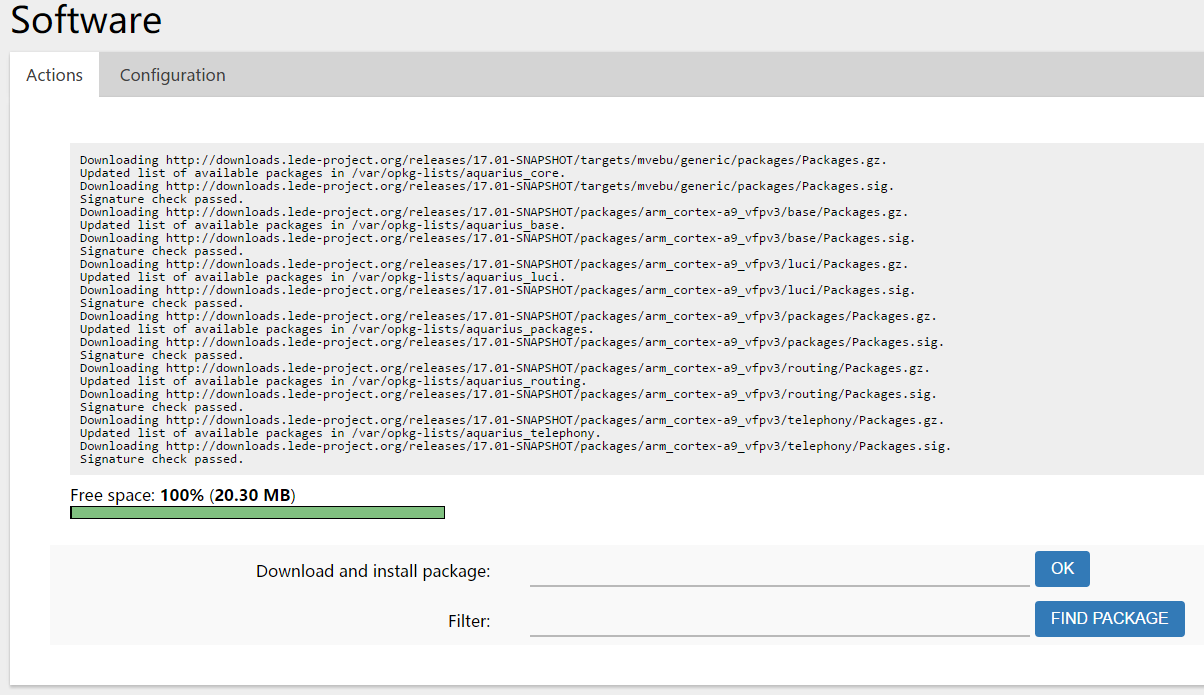 And @hnyman I have added a note at the beginning of my thread regarding names, as well I am removing the internal versions from my builds to try and clear things up.