I have a Linksys e4200v2 that has been running OpenWRT since shortly after it was supported. I upgraded though the LEDE 17.01 with no issues and have been on 17.01.4. I noticed the other day that 18.06 was available and I decided to upgrade yesterday. I sat for about 15 minutes waiting for my wireless networks to come back, but they never did. So I connected to another access point and noticed I had internet, and the upgrade hadn't failed as I had feared, but rather something appears to have broke in my wireless configuration. This is what my wireless overview looks like: 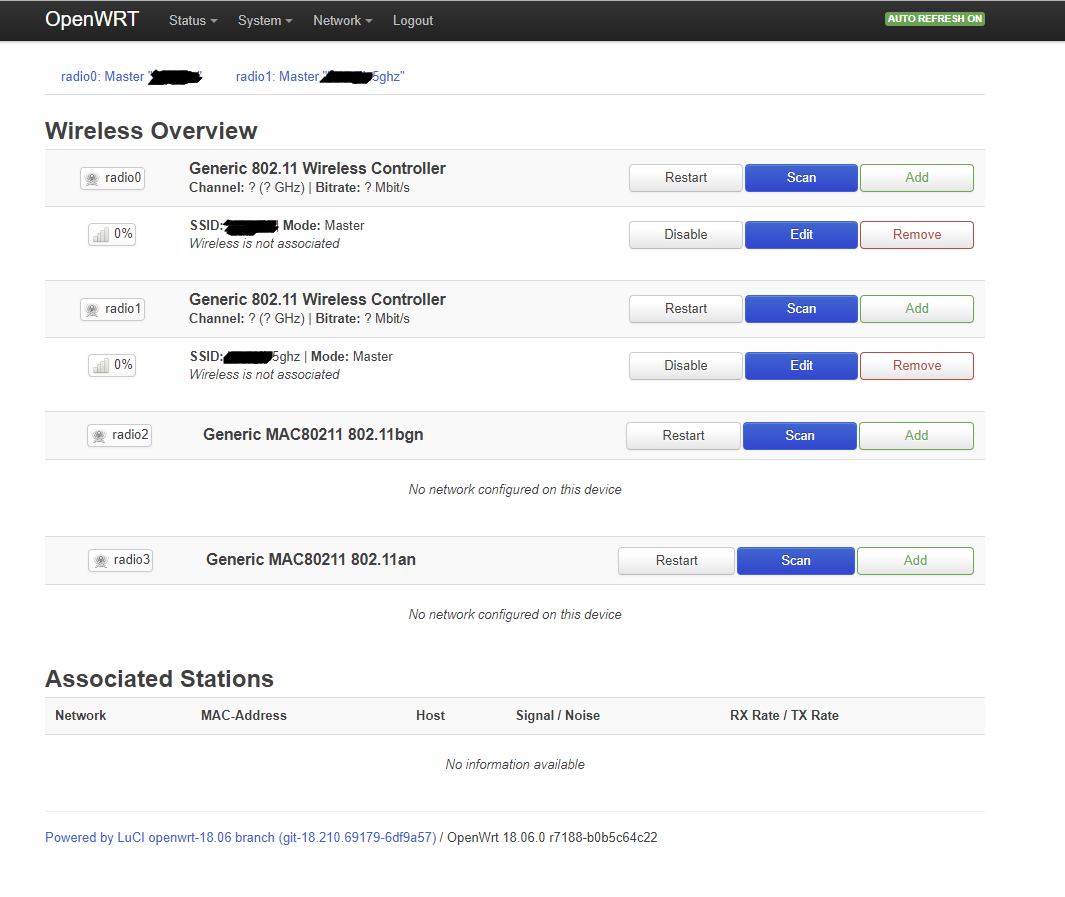 As far as I know, my router only has 2 radios, but it is showing 4, and none of them are functional. Radio3 and Radio4 both had generic OpenWRT SSID's associated with them that I removed in an effort to get things working. Clicking to edit an SSID shows more strange things:

(As a new user it says I can only post one image in a post. I'll try to post it after, if not, my description will have to do.)

The wireless setting dropdown boxes aren't populated and it always says "Wireless is not associated." I can't click on these boxes, they stay blank. Disabling and re-enabling has no effect.

I didn't see anything in the release notes and have been looking through the documentation but haven't found anything yet. I haven't tried a factory reset and would have to wait until sometime next week before I have time, so I was hoping for a quick fix and hoped someone had an idea. Thanks.

Possibly you sysupgraded and then restored settings?

There was a change of PCI path of the radios in mvebu before 18.06 (due to upstream kernel changes). Possibly the same also for other Marvell radios, e.g. in Kirkwood.

There is transition script for mvebu radio settings that are present during sysupgrade, but that does not work if you restore old settings afterwards. Then the automatic radio detection re-creates the definitions for the new radios.

Likely your radios 2 and 3 are the real ones, but you have not defined config for them. 0 and 1 are the ones with invalid hardware path.

you can edit wifi config file manually, or you can let the system to re-create that for you.

editing: Likely all that is needed is to copy the new-style PCI path from new radios to your old radio configs and then delete the new ones.

re-creating: ssh, change dir to /etc/config, rename wireless to something else, run "wifi config" to create new wifi config file with correct radios. And then use copy-paste to copy wifi ssid settings etc. from the old config file 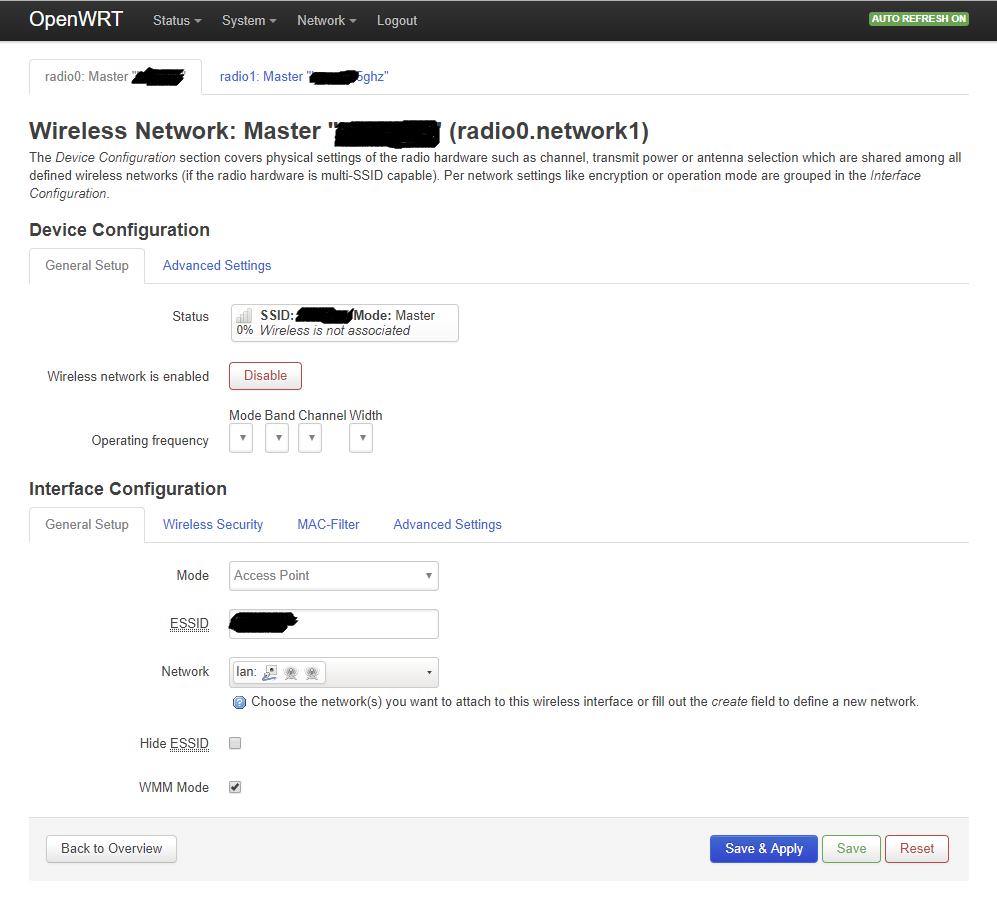 Actually, no, the steps I took were as described, after the upgrade wireless didn't show up, I never restored a config. The only thing I am questioning myself on is if I used the sysupgrade image or accidentally the factory one, although I would think if I did that, it would have reset to factory settings. Maybe the script didn't trigger for some reason?

Thanks for the steps, re-creating sounds like my best bet, my wireless config isn't complicated. I will hopefully get to try them out tonight, though it may not be until tomorrow, and I will report back.

That took care of it. The old config file had

while the new config has

Not sure why it didn't convert properly, but it is all taken care of now. Thanks for the help.

This topic was automatically closed 7 days after the last reply. New replies are no longer allowed.