Wireless is not associated Comtrend AR-5315u

Hi,
My router perfectly captures the wifi. However, when I try to add a hotspot (Mode: Access Point), wifi (Mode: Client) goes wireless is not associated.
See the picture below for more clarification.
Btw, the I did the same producers on another router, and it worked fine.

I am not an expert on the Broadcom wireless, but it looks like you've got a BCM43217 and I believe that it can only be used as an AP or as a STA at any given time.

It's a Broadcom chip, I don't think that AP and STA at the same time on the same radio is possible with the open-source driver.

You might also want to read the following for some further diagnostics with "recent" Broadcom chips.

Edit: Another possible cause is that, if it supports both simultaneously, they need to be on the same channel. 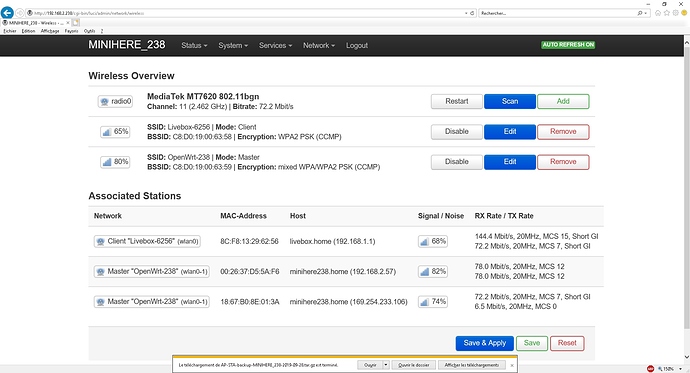