Ok so I just installed openwrt on my Linksys 1900acs V1.
I am connecting it to an existing home network with Asus 5300 router and a Asus rt86u node.
I want to run the Linksys as a client with no DHCP etc.. I have it setup a dumb WAP as per the openwrt docs connected to the Asus node with a static IP address. All I want is this Linksys 1900acs to act as a usb print server for my home.
I used the following pages and I have the 1900 ASC WAP connected to my Asus node via UTP cable.
I don't see the services tab to further setup the usb print environment after setting it to a WAP device from a router.
Can I bring this back somehow?
Pages I have followed so far are:

Wireless Access Point / Dumb Access Point This article may contain network configuration that is version dependent post 2021-06 * ifname@interface has been moved to device and device sections * while legacy ifname syntax may work on 21.02 or... 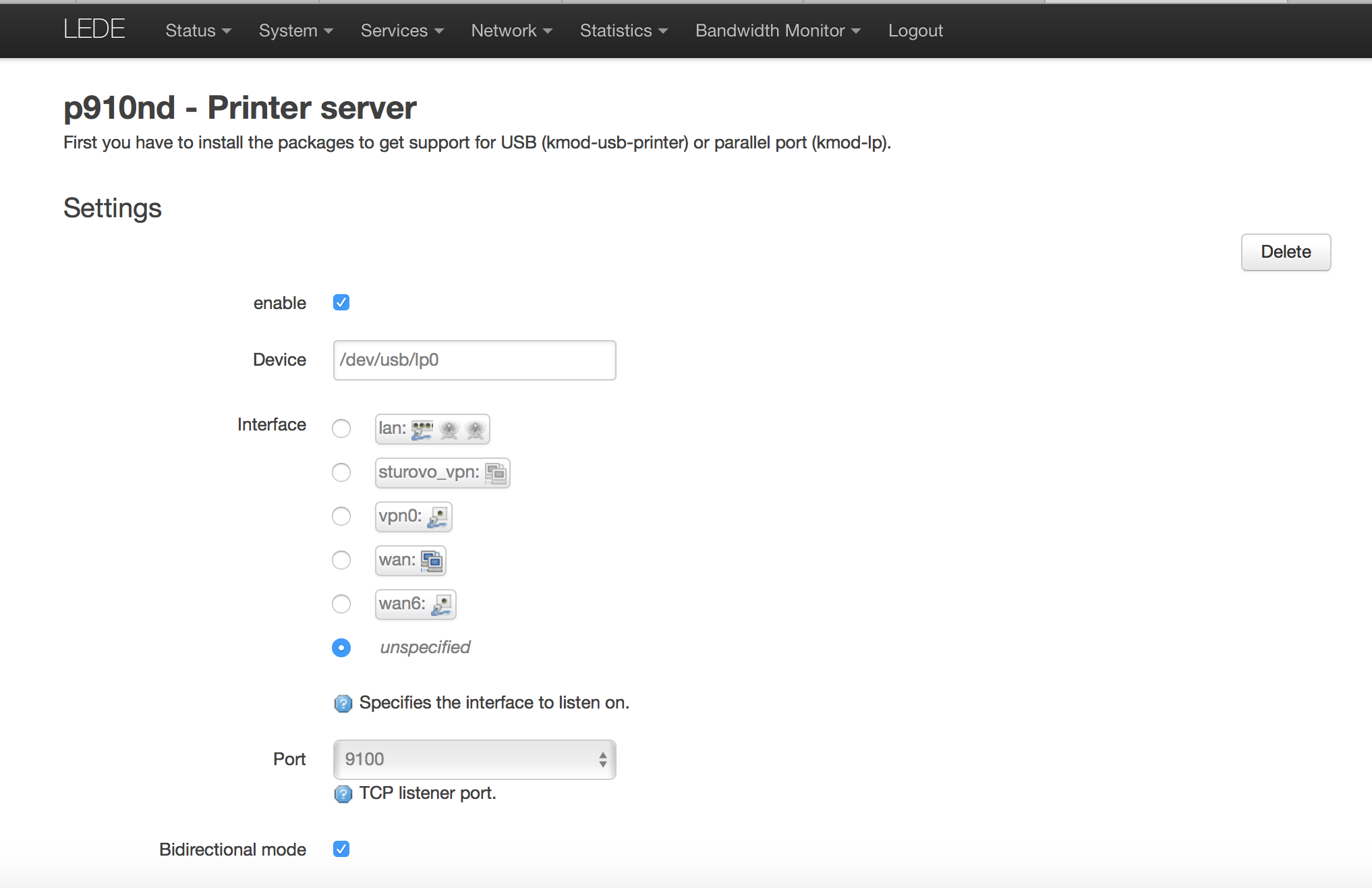 p910nd Print Server p910nd is a small printer daemon intended for diskless platforms that does not spool to disk but passes the job directly to the printer. Normally a lpr daemon on a spooling host connects to it with a TCP connection on port 910n...

Thanks in advance for your help everyone.

Did you install the required/additional modules?

Yes, I did and I can see the p910nd in the. Init scripts and it is enabled. Start priority 99

I just restarted the the p910nd and the service has shown up.
Next step says to enable a port in the firewall for each printer. Why is that needed and how do I do it on my main router?

There's no on the AP, and you probably aren't allowing internet printing on your device ...

well yes, technically, there's a FW, but if you're not using the WAN port, the traffic doesn't go through it.

APs don't, in general, use the FW.

So what can I check, the print job isn't getting there I don't think....

print job isn't getting where from where via/using what ?

if you haven't already made any changes to the firewall config, and can access the openwrt webUI on the 1900acs, from outside it's own LAN (there shouldn't really be one in the 1st place), proves there's no firewall involved.

And what's the PCs IP?

And if you unplug the usb printer, and connect it again, what does dmesg say?

You can also try to telnet to port 9100, using putty, to check if the printserver's actually runnig.