That works fine in genereral, the client connects to the "Stark-Industries" network and gets an Internet connction from there and the AP creates a WLAN with the SSID "SmartDevices" where a ESP8266 connects to and it receives an IP address from the LAN DHCP server.

I actually just wanted to use the LAN port to setup the router and in normal operation the router should stay only connected via the WiFi to the Internet and to act at the same time as AP with a different SSID.
The interesting thing is, that this only works fine as long as the LAN Ethernet interface is connected to the laptop. If I do a reboot of the device, then it does not establish its WiFi connections on it own, but as soon as I connect the Ethernet cable to the LAN port it connects to the WiFi as well.

There is also an OpenVPN client installed on the router which connects to a server if that matters.

This is the Wifi configuration: 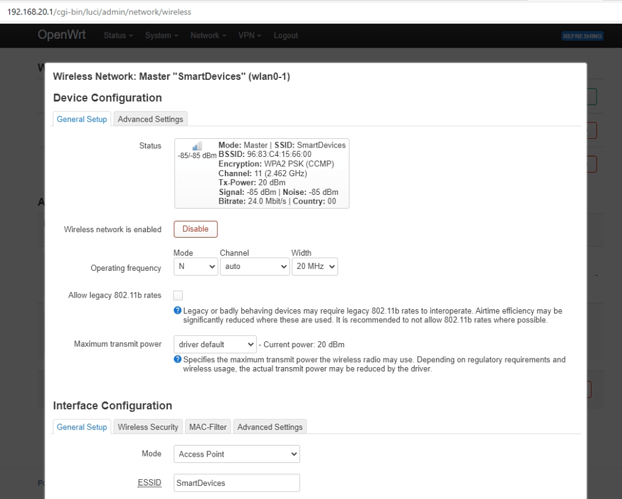 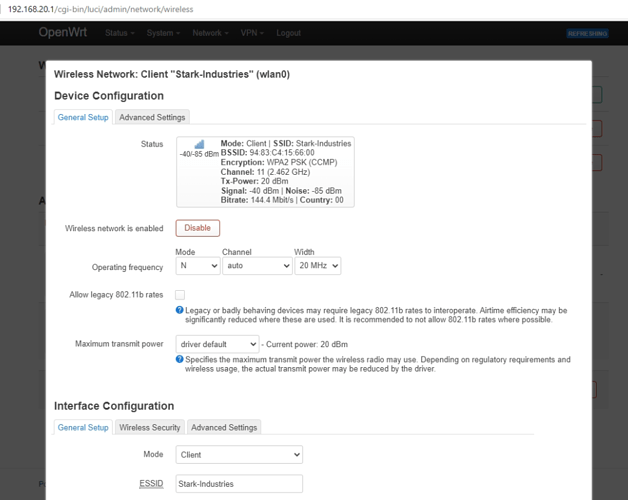 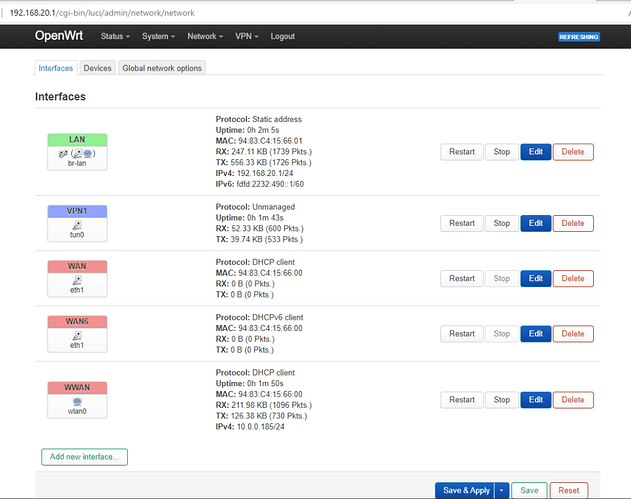 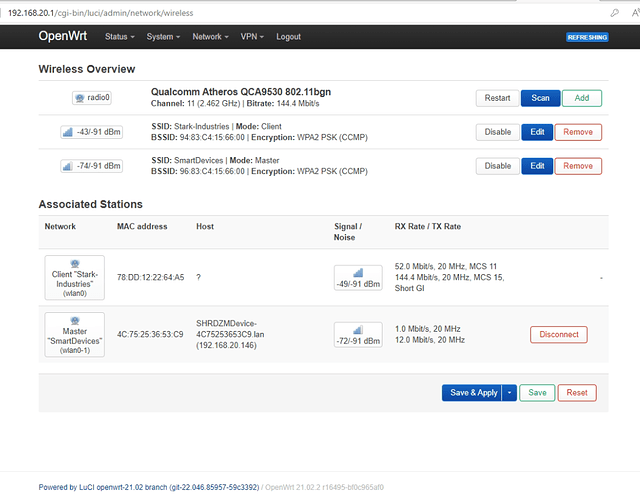 The existing network is a mesh network and there are multiple APs with the same SSID availble if this matters. 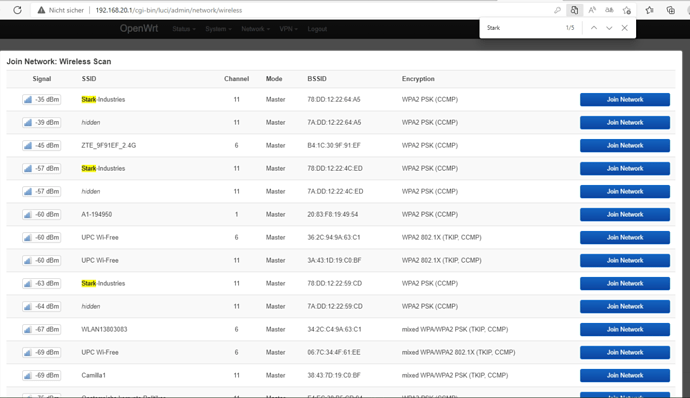 I did flash the GL-AR300M16-Ext with via the boot loader webinterface with the latest OpenWRT version 21.02.03 NOR image. 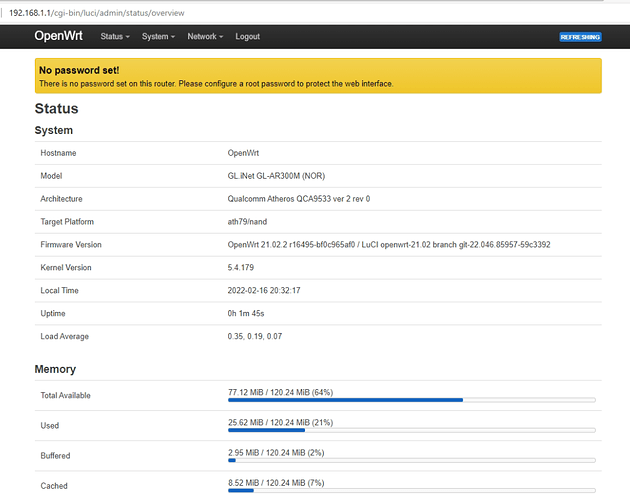 I did setup the router a couple days ago and it already worked on a different place before, but two days ago I put it it at my parents home connected to the network as described above. Then I went home and tried to access the router via VPN, but it did not work. Yesterday I asked my father to connecte his laptop to allow me to access the router remotely and then I noticed that it went back to factory settings.
Not sure what caused this factory reset, my parents said nobody did press the reset button.
However, this problem has probably nothing to do with the WiFi issue, but I wanted to mention it.

I actually don't see any correlation between the LAN and the WiFi connection at the moment.
Have you guys any idea what could cause the WiFi to only connect of the LAN Ethernet port is active?