Why Are the LAN & WAN Interfaces Put Into VLAN's? 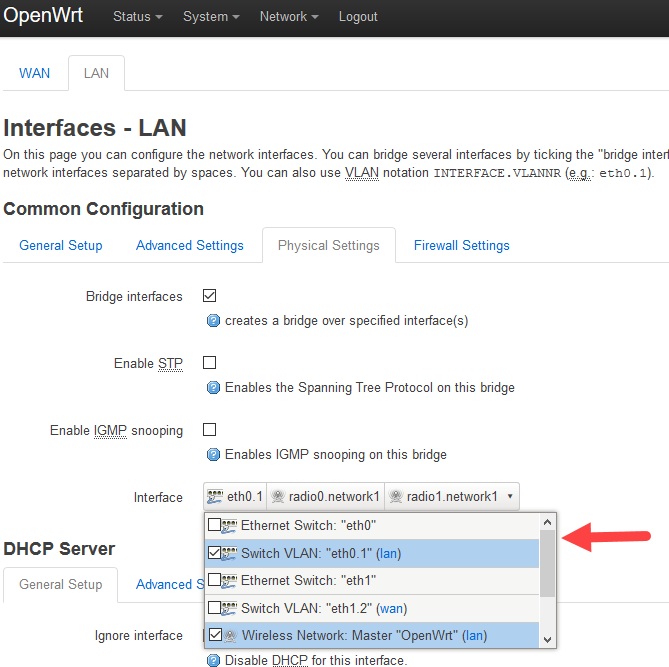 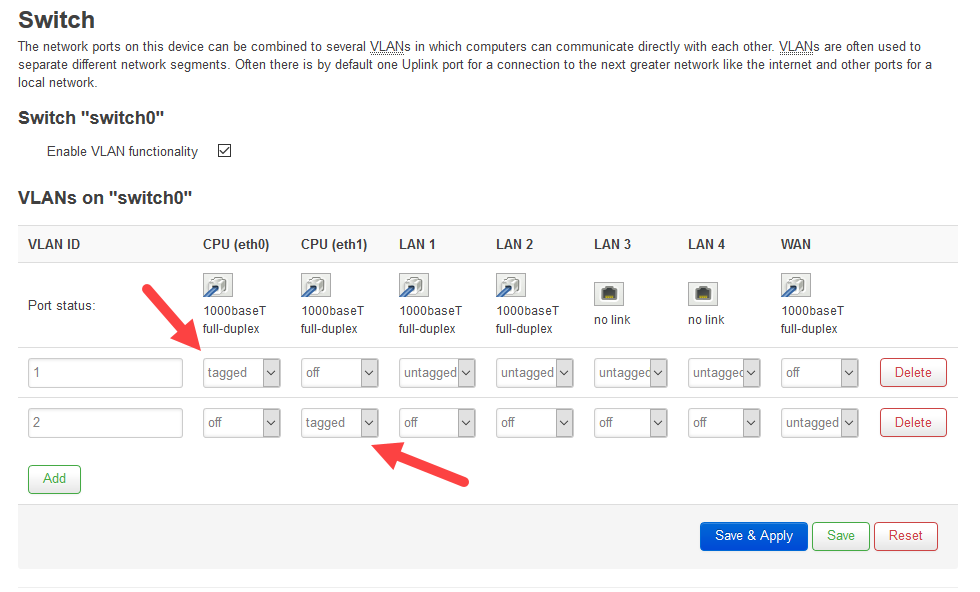 Is there any reason the defaults were done like this? If I remember correctly from Chaos Calmer the VLAN's were untagged. I have no idea how to configure the VLAN's as they confuse me especially tagged and untagged. The only conception I understand is they allow networks to run virtual LAN connections alongside on another. Is there any harm in reverting them back like in the screenshot below? 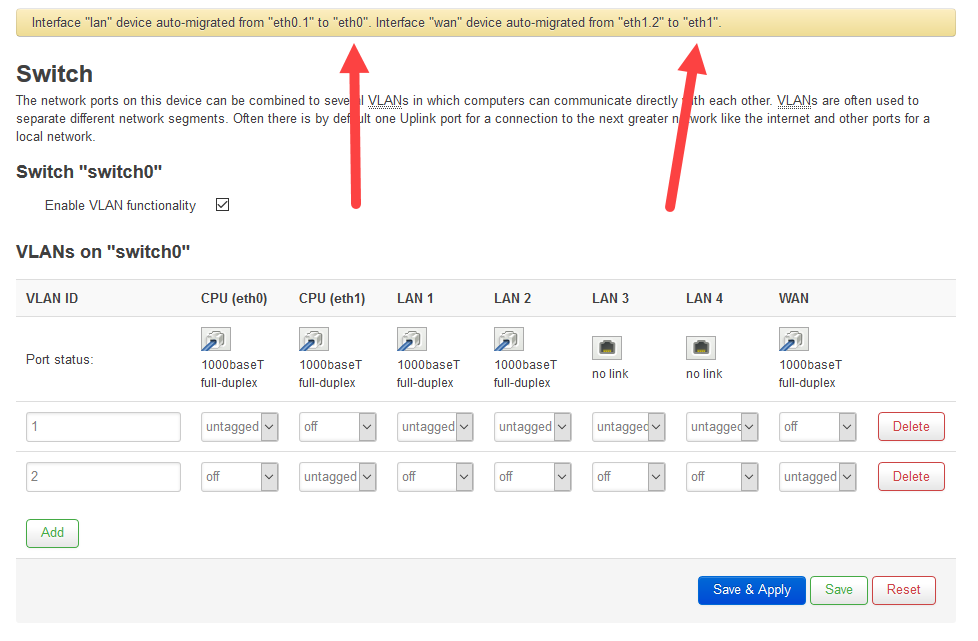 For single-interface routers, VLANs are the only way to tell that single interface which packets are "LAN" and which one are "WAN". For virtually all switches under OpenWRT, VLANs tell the switch which ports to connect together.

This makes it easier to add more VLANs later, since the networks are already tagged. Otherwise you would have to change the wan and lan settings from eth0 to eth0.x The performance penalty is very small if any.

Thanks for the replies. I will keep the configuration as it is.

If I wanted to isolate Gigabit Ethernet port 4 and bridge it to a guest network for example, how would I do that without interrupting the default switch layout?

In the switch, add another VLAN with number 3. Make this tagged to eth0 (along with the existing lan 1), and untagged to port 4. Turn port 4 off in the other VLANs. Make a guest interface and attach it to eth0.3.