The ZyXEL NBG6817 router has two QCA9984 wlan cards, both are powered by the opensource ath10k driver in the mainline kernel, but this driver does need to upload a closed source firmware blob into the wlan card (same story with mwlwifi or mt76, except that neither of them are part of the mainline kernel so far). By now ath10k works quite decently on the NBG6817/ QCA9984.

another question currently we have no opensource wifi that support ac right?

anyway in the performance part... they should be the same except the lack of esata port (that IMHO is better supported than usb3.0 port)

another question currently we have no opensource wifi that support ac right?

Opensource kernel driver, yes (ath10k, brcmfmac, mt76, mwlwifi).
Opensource firmware, no (mt76 is the only one which uses a relatively small firmware, the other drivers do most of their connection handling in firmware).

I Have 17.01.4 running on a WRT1900ACS v2 and it is rock solid and has good range on 2.4Ghz wifi. Most of my devices don't have 5ghz, but my wife has a macbook pro and it connects and isn't noticeably slow. I don't think overall the wifi speed is particularly fast, but it does support something like 12 devices and two WDS stations on 5ghz that act as a wireless backhaul for 2 other older TP link devices that extend my range into front and back yards.

My requirements are not really that it be super fast, but it can't be flaky. Also I use a fair amount of VOIP calling, and it definitely improved that over the ancient buffalo router it replaced (circa 2011 era or something).

All that being said, can someone recommend other rock-solid well supported devices that can be flashed from factory web console or via easy TFTP procedure without opening the case, or plugging a USB stick and running magic dd commands and stay up for weeks at a time with 20 devices on one or another band no real problems? 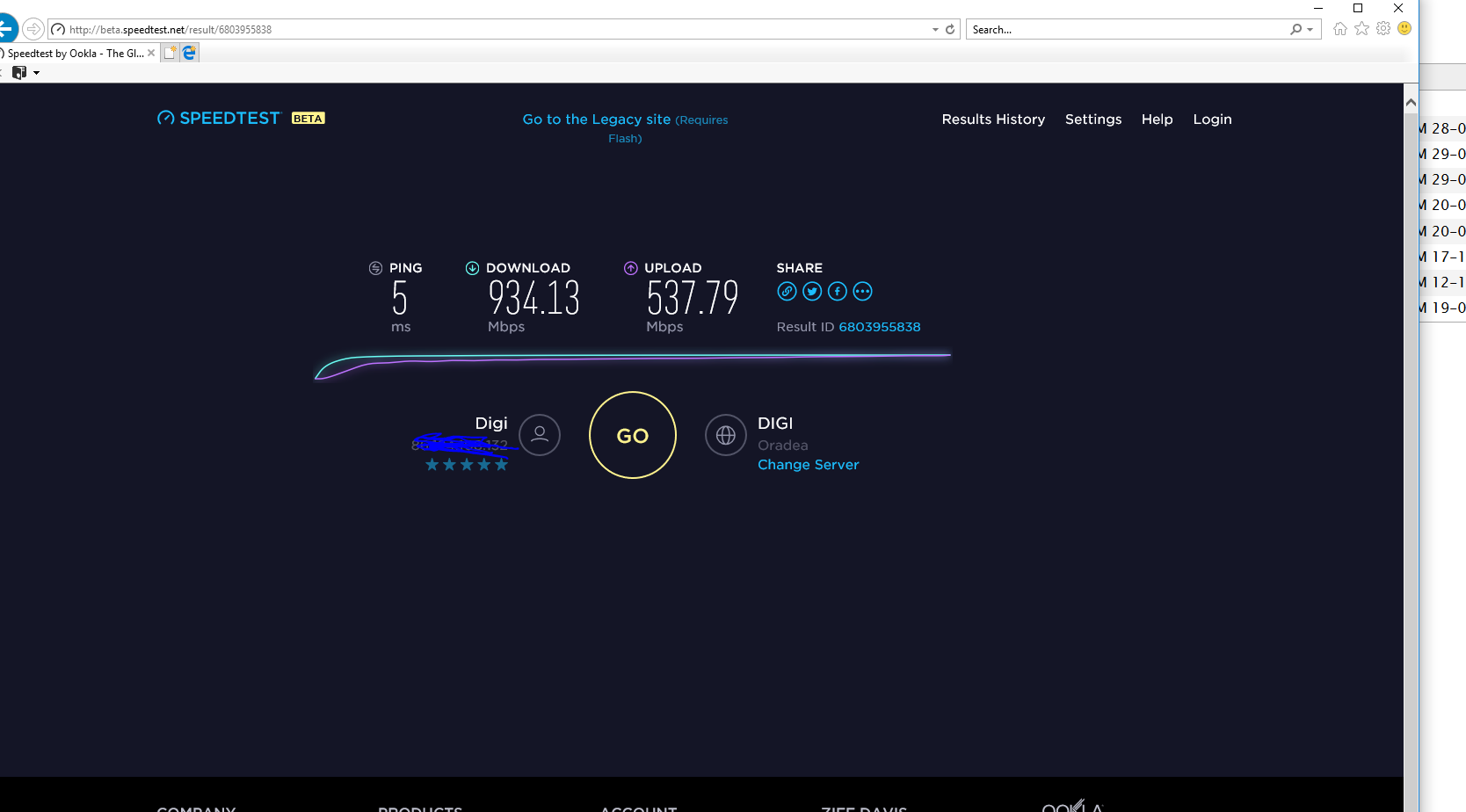 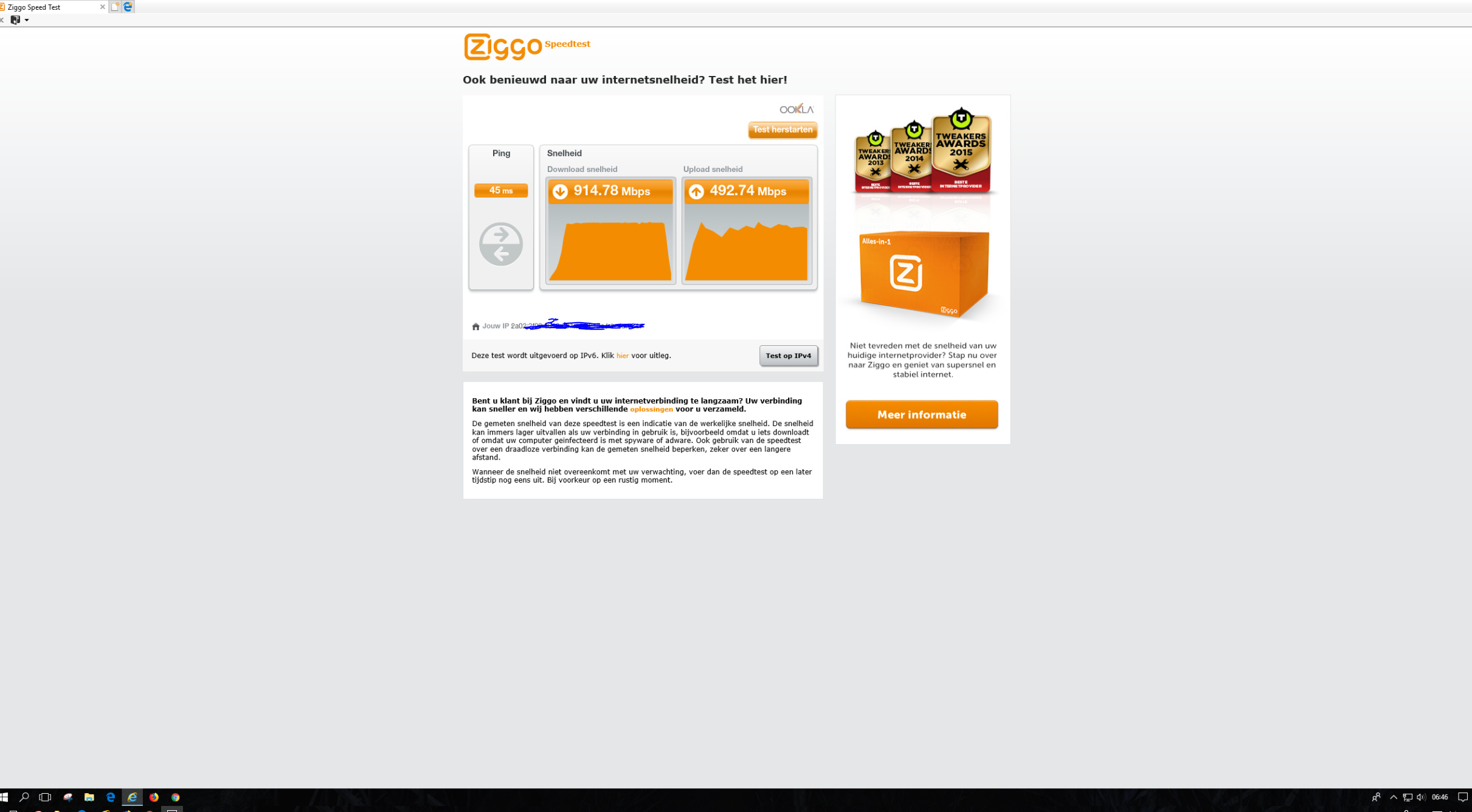 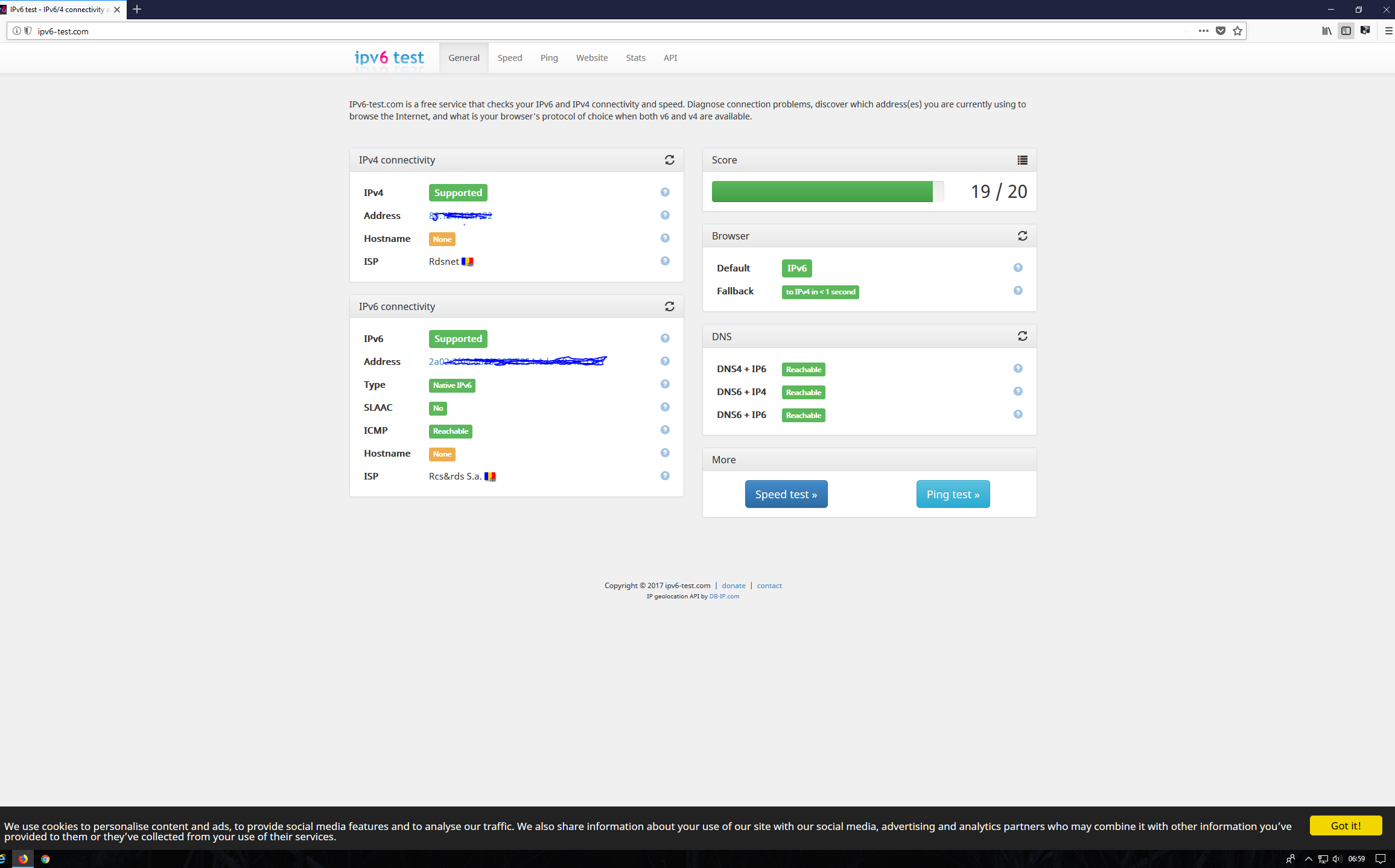 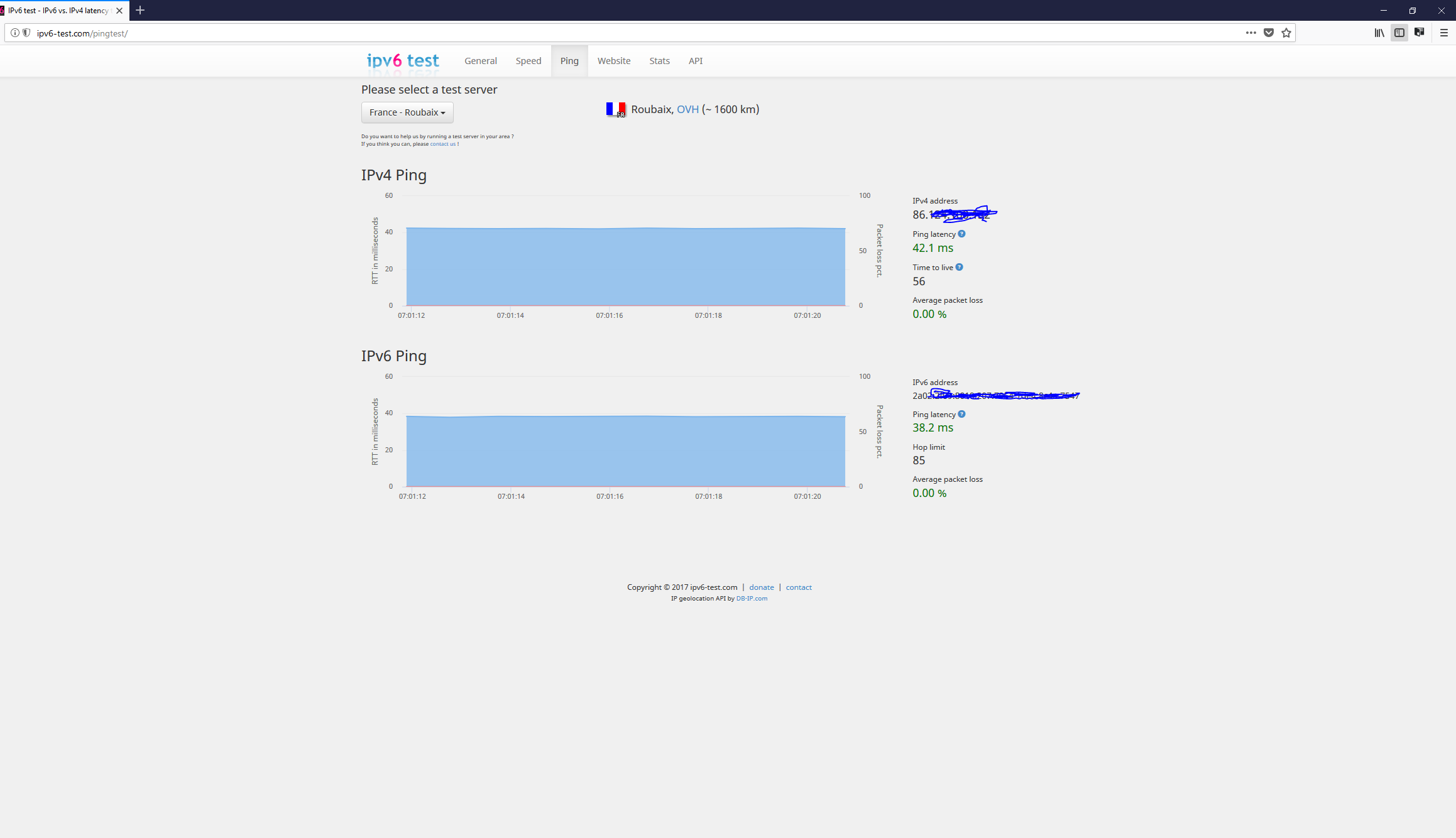 Are there any hot deals for enthusiast level LEDE routers this week (black friday)? The only thing I've noticed on Amazon is the Linksys WRT AC3200 for $200 ($50 off).

Update: the (stable branch) 17.01.4 release update is working very well on both EA8500 units here - my previously stated issue with the .2 release was almost 100% a "newbie configuration error" on my part.

Are there any hot deals for enthusiast level LEDE routers this week (black friday)? The only thing I’ve noticed on Amazon is the Linksys WRT AC3200 for $200 ($50 off).

I've been picking up (used) WRT1900ACS v2 units on Craigslist (US) for a non-profit I'm helping out, for $50 or so.. eBay also has some good deals on the newer used AC3200 units, if you get the right auction.

For a pure router - Chromebox as I like x86_64 targets. Nothing to brick really and I don't need wifi as I have a separate AP system for that. Also, real Intel i3 CPU, tons of memory.

Definitely the Archer C7 AC1750 v2 for me. I can buy them second hand for 30 buck with box and 5 meter cat 5e lan cable all in as new condition and shipping included. They are branded after an local ISP and run the ISP's firmware by default but its pretty easy to flash LEDE from the webinterface, just as any normal update. I have 3 and i deploy them for everyone in my social network looking for a new router just because they are this amazingly cheap to pick up and incredibly versatile for the price. People sell them when they switch ISP and think the router can only be used with that ISP just like their modem so they sell it.

I have a general question on 'newly available devices'.
I am looking at options for a new device to replace my current one and was reading this topic. The Archer C7 AC1750 and the Netgear R7800 X4S seem to be favorite options (from reading this forum).

However, both seem to be at least two years old. Now, this in itself might not be a problem, but I am wondering why there are no 'successors' to those two favorites. Is this more or less the regular pace for routers to be 'renewed', and is there a reason to expect newer ( more capable) versions of those routers or not?

The Archer C7 is ar71xx based, while still a good device, ar71xx is way past its peak - and you will get into trouble with high WAN speeds (even more so in combination qith sqm).

There will be newer devices in the future (particularly ipq8074, ARMv8), but they've neither hit the FCC, nor the market so far - when they'll appear is unclear and even when they do, it will take a bit until LEDE could be ported for them, after all they actually need to get available to the developers (read, in stores), before they can even start looking into the new architecture). Even the x86 pace has slowed significantly, the router market has its own pace, driven by the needs of new wlan standards (e.g. ipq8074 <-> 802.11ax), who knows how many wlan chipsets WPA3 will drive over the cliff (if support can't be added to driver/ firmware/ hardware), faster WAN throughputs becoming commonplace (x86 has become a necessity for really fast ones) and components no longer being available.

Right now and within the forseeable future (3-6 months), the ipq8065 (Netgear r7800, ZyXEL NBG6817) or mvebu (Marvell WRT3200ACM) will remain the top end platforms for consumer routers supported by LEDE, simply due to the lead times new architectures need to become available and gain LEDE support (mt7622 might become interesting 'soon', but there aren't many devices around).

Jalapeno board by 8Devices is my favorite enthusiast device - open source so you can build your own products based upon it. It is QCA IPQ4017 based, 802.11ac Wave2

Jalapeno board by 8Devices

Is currently not supported by LEDE/OpenWrt.

It will be soon.
PR is waiting to be merged.
https://github.com/openwrt/openwrt/pull/713

slh, interesting points. Do you know which one of the three((Netgear r7800, ZyXEL NBG6817 or WRT3200ACM) is most stable in LEDE? I bought the r7800 but i am a little bit confused by all the development discussion and some comments about 2ms + latency with the r7800