Looking for a more reliable replacement for my C7... I don't need USB or any fancy stuff, all I need is a reliable AP with maximum dual band wireless performance and gigabit ethernet. Everything else is taken care of by a proper firewall. Any recommendations that don't break the bank? Cheers

Can we now please come back to "recommending your favourite OpenWrt device" (that's what this topic is about), instead of "asking which device should I buy for my special usecase"?

ipq40xx are in the same price range as the archer c7, but based on ARMv7 and generally much newer and slightly faster (and with better wlan). Depending on your location, AVM Fritz!Box or ZyXEL NBG6617 would be the prime candidates.

My favorite OpenWRT device would actually run something like Ubuntu Server or PFSense, to say the truth, since it would be a desktop or server motherboard.

Sorry, I do not have enough experience to have a favorite OpenWRT device, only a dream OpenWRT device (preferably a modular one, with M.2 slots for WiFi, cellular, and storage (that last one can also be swapped with a U.2 header).

In my case a mikrotik router is a perfect replacement. I can use the full bandwidth (600-800 mbps) and the WiFi also strong enough for my three room flat. It can also manage dumb mikrotik ap’s if more range is needed. It was around usd 90. The only issue is the terrible documentation if you want to dig deep. I’m using stock firmware atm

Hands down, highly recommend Netgear R8000 or R8000P (the second generation of R8000). Great compatibility with LEDE/OpenWrt, three WiFi radios, plenty of RAM and flash storage. I have been deploying these to all of the small businesses that I provide IT/network admin services to.

They have been rock solid stable, other than the occasional "bad" version that seems to have bugs (for example, LEDE 17.01.1 seemed to have some sort of memory leak that was causing the R8000s to run out of memory and lock up every hour, but 17.01.2 and Chaos Calmer 15.05.1 did not have that problem).

Aren't these broadcom based? Not well supported by openwrt at all!

The Netgear Nighthawk r8000 is Broadcom based, but its fullmac Broadcom BCM43602 wlan cards are supported by the mainline brcmfmac driver, which is fully supported by OpenWrt. Most other Broadcom based routers are using softmac based Broadcom wlan cards instead, for which the driver support state would be between poor and non-existent.

While the device is fully supported by OpenWrt and relatively powerful, it's still a rather rare device within the OpenWrt ecosystem, meaning that while it is supposed to work long term, it doesn't have as much of a community around it (who tests it, reports bugs, maybe provides patches where necessary) as the more common devices using different SOCs/ wlan cards. You also need to keep in mind that while it indeed has three radios, the two 5 GHz wlan cards are tuned to different sub-sections of the 5 GHz band (the lower channels, as in roughly 36-64 and the upper channels from roughly 100-165) and don't work (well enough) outside of their intended frequencies.

IMHO its RAM size doesn't really qualify for an enthusiast level device anymore, but if you're fine with the radio limitations (frequency bands) and can find it rather cheap, it might be a pretty good option (the SOC is rather performant and has pretty good mainline support), but you need to be aware that you might have to invest a little more effort in case of problems than for other devices (which are more commonly used for OpenWrt).

The Netgear Nighthawk r8000 is Broadcom based, but its fullmac Broadcom BCM43602 wlan cards are supported by the mainline brcmfmac driver, which is fully supported by OpenWrt.

You also need to keep in mind that while it indeed has three radios, the two 5 GHz wlan cards are tuned to different sub-sections of the 5 GHz band (the lower channels, as in roughly 36-64 and the upper channels from roughly 100-165) and don't work (well enough) outside of their intended frequencies.

As long as one follows the recommendations given on OpenWrt's Netgear R8000 page for how to get proper performance out of the radios, they have always seemed to work quite well.

Being relatively expensive (~US$260-$300, although you can find them on sale for ~US$180 around the holidays), that is why I stuck a recommendation in the "enthusiast device" thread, as opposed to the "cheap device" thread. You would have to be pretty enthusiastic to be willing to shell out that kind of money for a router! Maybe that's just my interpretation of the word "enthusiast".... 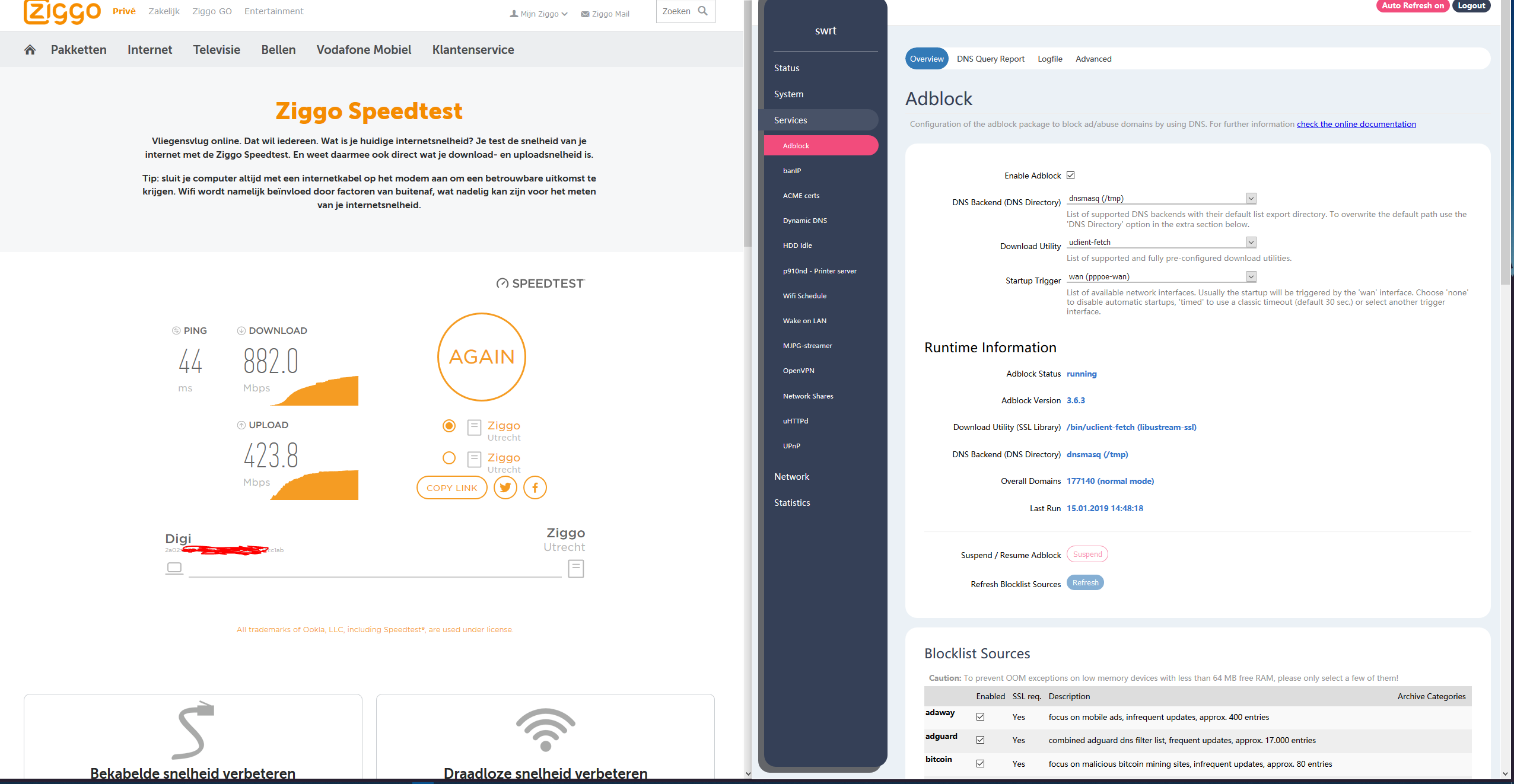 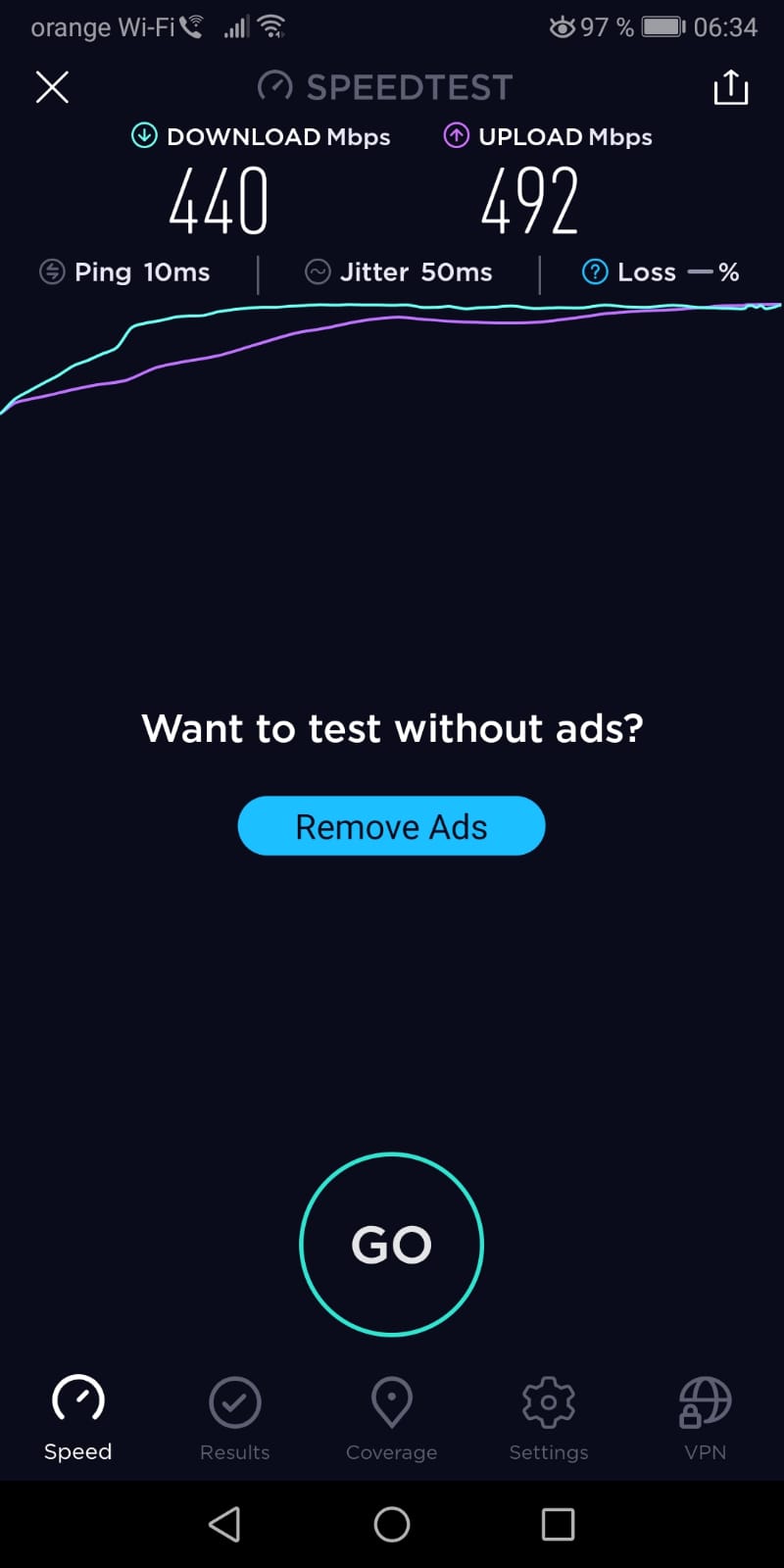 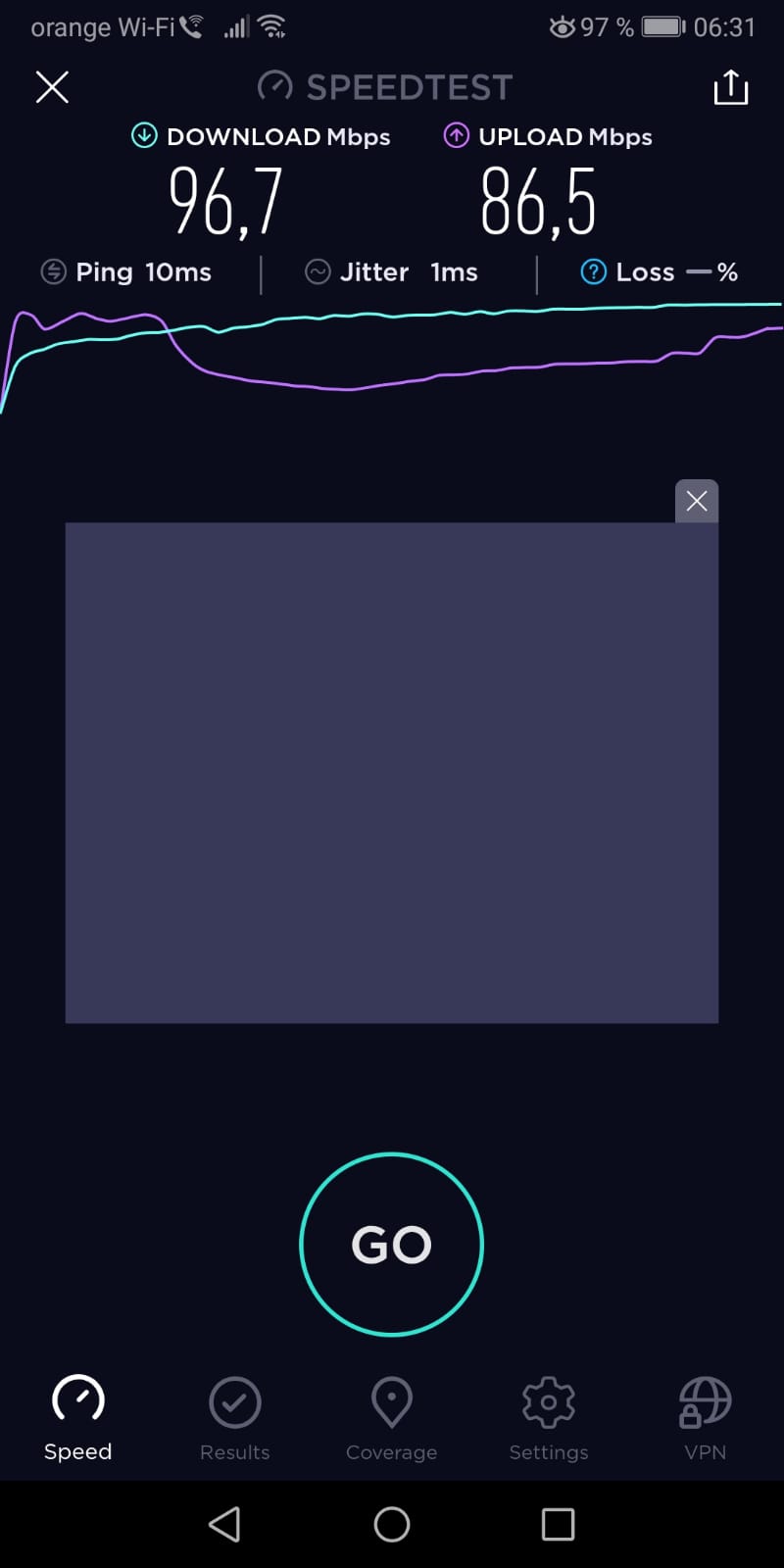 It's great as a wired router, and can be purchased at discounted prices as TM-1900 in the US for around ~$40.

I have been using the Linksys WRT1900AC for a few years now without WiFi problems. But then again, I have another router on my network acting as an access point reducing traffic from the primary one which is the Linksys. However, this is my first run at the OpenWRT firmware (coming from DD-WRT) and I must say that it is working wonderfully on both WiFi and Wired. Also, moving the / and /overlay to a USB drive has sped up the software downloads. Speedtests are also showing a pretty solid 47 - 48 Mbps download on a bonded 40Mbps (20Mbps x2) DSL connection. The reboot time is impressive too at around ~10 seconds if I need.

Nice performance on your WRT1900ACS V2. I get similar on my WRT32X (same internal hardware as WRT3200ACM). Also show a dslreports speedtest for A rated bufferbloat if you can.

Excellent results. My WRT32X tests similarly except I "only" have 400Mbit Internet

Bufferbloat rating of A or A+ is a must. This is a strong case for the mvebu target as a whole. Especially considering we get such fast USB 3.0 speeds too I run a 4TB USB 3.0 hard drive that runs as fast as most NAS setups (80-100MB/s) right off the router.

I've working in supporting a new device, being totally new to OpenWrt itself. Of course, I'm an experienced developer (almost 8 years of self taught experience, that's the 36% of my life!), a hardware modder (is that the word?) and an Electronics Engineering student.

This experience was very grateful. So my now loved device for modding is the device that I worked out myself: the Linksys EA6350v3. I don't have a board band connection (barely 8.0 Mbps), but it works awesome for the purpose I brought it and developed on it: a relatively cheap and fast NAS for Time Machine.

A 2TB Time Capsule (2.00 TB) is around US$299. I brought both the router and a 5.00 TB external disk for around US$220. Considering that I worked on this project for myself and for free, it's a big saving plus a great experience.

This is my favorite enthusiast LEDE/OpenWrt device!

The device has a stunning performance under OpenWrt, so good that I laugh myself at the OEM firmware. Even the wireless performance is comparable to stock, after working on getting that work for almost 6 weeks!