I am using my Gl.Inet router while I am traveling and I connect to my home with VPN. Sometimes I have problem, when remote subnet is the same as my home subnet (192.168.1.x). Sure, I should change this to something not commonly used range, but I have many devices on my network and I don’t have time to change now.

On my Mac I am using this temporary solution:

It seems 192.168.0.4 is the unit's own IP address. But the gateway should never be its own address. (Unless maybe you want to add an unreachable route.) And the route specifies "lan" but don't you want to use wg0? Which interface is wg0 assigned to? I guess it isn't "lan".

I have these options:

I can't see wg0 option here, neither in Interfaces: 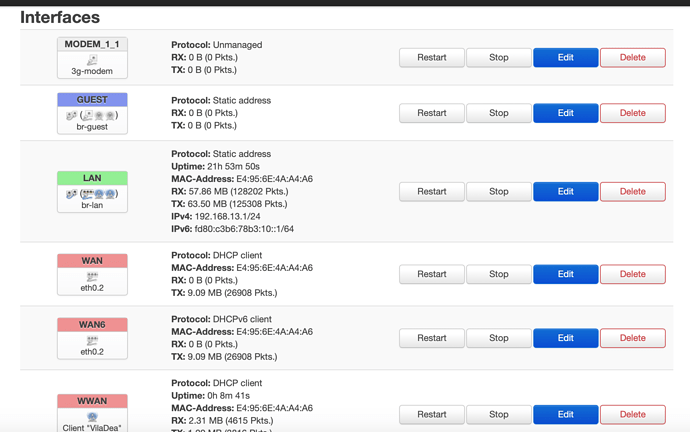 ...but I see it if I list interfaces with ifconfig:

Any way to achieve this by GUI?

Any way to achieve this by GUI?

Yes. You add it in Network > Static Routes.

If you see previous posts, it's not working from there. Probably I am missing something.

If you have your own VPN server, you can provide both IPv4 an IPv6 to avoid routing conflicts.