Hi there! I've been using OpenWRT 18.06.1 in a WNDR4700 for a couple of months and i'm very happy with it. It never occurred to me that it can also be used to run TOR, so after searching a little, I came across a couple of pages stating how to configure it (OpenWRT Tor transparent proxy+bridge, Transparent Tor Gateway on OpenWRT), which are basically the same. Since I'm using 18.06.1, not the snapshots, I installed tor-0.3.2.10-1 from the LUCI page. I setted up the files like the links aforementioned stated but I was unable to make it run. Afterwards, reading the logs, I noticed that tor was looking for libevent-2.1.so.6 which is NOT available in libevent2-2.0.22-1 but in libevent2-2.1.8-2 which is available in the snapshots. Now, it keeps giving me an error:

But this one, I have no clue how to fix it. I looked for it and apparently in Debian, it comes in libbsd which i've already installed but didn't help.

bzero() was deprecated some time ago and removed from the POSIX standard.

It's surprising to me that TOR is still using it. Is it an outdated build of TOR?

It would typically be supplied by the standard C libraries ("libc").

Any other hints in the logs as to if it's TOR or libevent that is causing the problem?

Thanks Jeff, for the reply.

No, i'm not using an outdated TOR build, I'm using the one listed in LuCI. 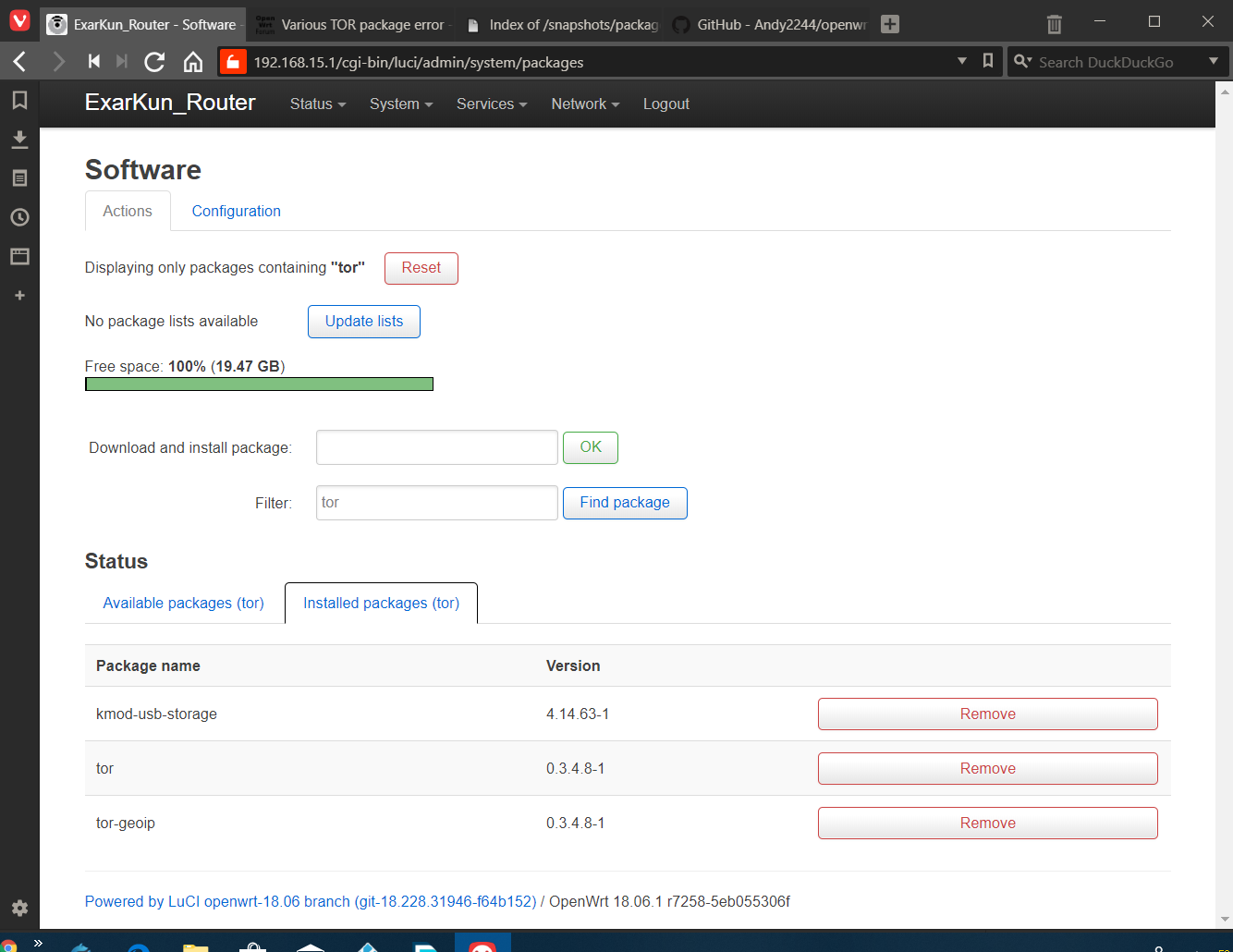 Regarding the TOR log, since it never start, it's log is zero bytes long. I've noticed the error just because i ran the TOR executable (/usr/sbin/tor) from the CLI (puTTY), and that's how I found out about bzero

You can't mix and match packages from different branches, either you stick with release or go with snapshots. Keep in mind that the snapshot branch is as the name suggests a moving target so you will run into dependency issues unless you install everything you need at the same time.

Thanks Diizy, you were right. Is just that I thought that the latest version was better. I removed it (0.3.4.8-1) and reinstalled from release, also libevent2.0. Almost worked like a charm, now i'm dealing with the config file. It's working but not connected yet, still waiting.