I was wondering whether it would be technically possible and feasible to use wireless RF as an physical intrusion detection system. For example we would monitor the RF environment for certain amount of time, when nobody is home, creating a baseline, and then compared it when somebody is in home.

In case of general WLAN the "monitor" feature could be activated by script toward the router. If active it would send you an email or sms (in case of cellular access) that somebody is at your house.

I have seen some university white papers about this, but looking for some practical examples or projects that would be possible to implement.

I have seen some university white papers about this, but looking for some practical examples or projects that would be possible to implement.

You may be interested in Chapter 7. I'm not sure that it's "practical" in 2017. You will also note, they did not use normal 802.11 equipment for the experiment.

It explains how they setup a device to see through walls; the setup is not a simple out-of-the-box configuration. It appears they used advanced software-defined radios (not specific-purpose 802.11 wireless chips), a 5 MHz channel bandwidth (opposed to 20 MHz) and other tweaks.

Using infrared or sonic detectors - and connecting them to GPIO pins in a router may be easier (in 2017) than re-purposing an 802.11 device for motion detection or seeing through walls.

It goes without saying that radio signals are ambient in the air all the time. Any receiver that can detect a change in a [consistent] beamed signal can be used as a detector. It doesn't have to be 802.11- nor 2.4 GHz-based.

Thanks for the WIVI Whitepaper link.

This is certainly an interesting idea, being able to track the movement of 'microwave absorbant materials' through solid walls. But consider how you might achieve the desired null reference state for your monitoring router when the real world neighbourhood is flooded with spurious wifi signals - all fluttering in and out like those old short wave radio stations. You might need the 5Ghz spectrum as it's quiet, for now. Also the whitepaper doesn't cover the notion of 'clutter'; how to discrimate between the bad guy

moving behind the wall and a large bug

crawling on the front side of it?

Agree with Maros, in 2017/18 a router with LEDE cannot deliver the same results as a doppler radar security system with digital signal processing. But in a few years time, this will make an awesome kernel module!

Of course, if the bad guy has a mobile phone in his pocket, tracking him might be a lot easier than you think... 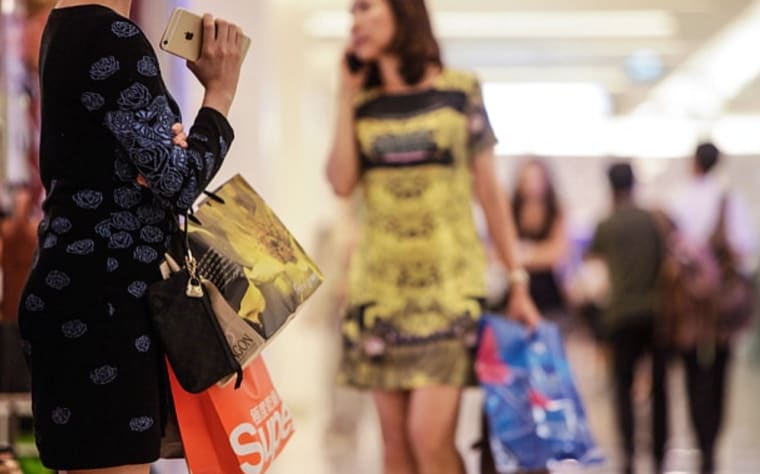 High street shops including Marks & Spencer are secretly tracking the movements of their customers using their smartphones, it has emerged.

Hello @lleachii , thanks for the whitepaper, I agree that it will take some time to go from an university study to mass market. Perhaps for now, its better to think about some raspberry pi project with motion sensing addon that would cover central place in house for start.

@ledeuino, yeah, I am sure big software companies like google with their mesh wlan solution could put together a code for security solution. Thanks for the news link too, there was also a recent leak that android does some location tracking even if it looks disabled by user, I guess google needs to get the data about how crowded places are at certain day or hour from somewhere